Destinybit's Dice Legacy  (which launches today on Steam and Nintendo Switch) joins the ranks of a number of innovative citybuilder genres that have landed in the last few years.

If you spend some time with it, you'll scratch the same itch that you get out of games like Frostpunk, but while 11 Bit Studios' society simulator put an emphasis on living in a society, Dice Legacy wants you to rethink how you interact with your people—who by the way, are all represented by rollable D6 dice.

It works like this: when a Dice Legacy game starts, you arrive on the shore of a massive Ringworld, and like in many other citybuilding games, you need to start gathering resources to build buildings and feed your workers.

To do this, you assign each of your six dice to jobs that correspond with their current face. After they complete a task, you roll the dice to find out what job they can do next. Dice will be destroyed after a certain number of rolls, so part of the loop is gathering food to replenish them before moving on.

Dice can be upgraded, changed into different classes of dice, combined, or given abilities. As they acquire different stats and abilities during a run, it starts to reshape their identities and your understanding with them. They start off as anonymous Peasant dice, but evolve into unique dice who you rely on to accomplish certain tasks and reach the other end of the Ringworld.

Yep, you read that right, for a brief moment, Dice Legacy was going to be a blockchain-tied game that would allow players to generate unique dice that they could personalize and make their own. As a designer, Vernocchi takes a lot of inspiration from the tabletop game experience, and had been thinking about the tactile experience of owning customized dice.

"Blockchain is very good at giving you unique identifiers," Vernocchi explained. "So a player's dice would be unique in the world."

"But," he said with a laugh, "Blockchain is very bad at giving you stuff fast. Generating a single die would take 15 minutes, so that idea lasted about an afternoon."

The idea of forging dice together—a mechanic that now lives in the mid-to-late game experience of a Dice Legacy run—lived on, and Vernocchi and the rest of the team at Destinybit became interested in exploring doing a city builder game with dice.

They took inspiration from another tabletop game influence—the worker placement genre. These are games where players strategically put physical objects on different parts of a board to generate resources. In games like Viticulture, those workers are combined with specific abilities, and games become about figuring out the best combination of units to generate more resources than other players. 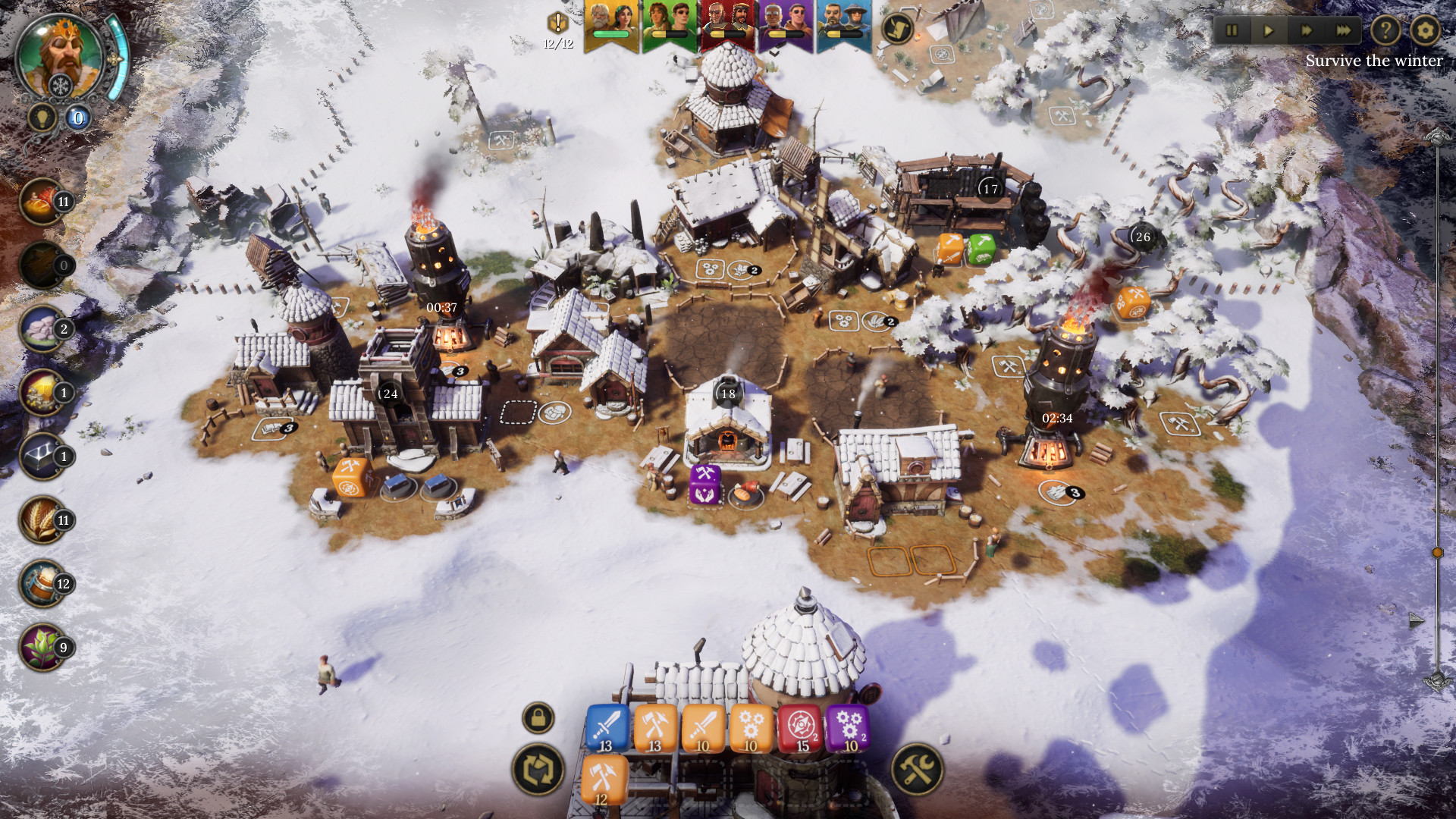 Dice Legacy is a single-player experience, but that worker placement inspiration led Destinybit to experimenting with the notion of placing dice on resource hubs or buildings to generate resources. And it became a great core foundation for the game. Vernocchi said that the team's goal was to lean into the tactile feel of physical dice even in a digital environment.

As a designer, Vernocchi explained that he likes building systems that work at a glance. The medieval-adjacent setting of Dice Legacy provides a number of assumptions players can make about gathering resources and what they do with them. "In a medieval game, if I give you wood, stone, wheat, and ale, you start to make assumptions," he explained--noting that as a designer, it was important that those assumptions should turn out to be true.

With those easy-to-grasp fundamentals built in, tuning Dice Legacy's design became about finding a good pace for the game to progress. The game's timers, dice probabilities, and resource pools have all been tweaked to let players experiment and adapt to the roll of their dice at a specific pace. "It used to be much, much faster," said Vernocchi.

What followed was a lot of work into "getting out of the way of the player" and making it easy for them to make fast, interesting decisions with their dice. That brings us to the Ringworld.

No not that Ringworld

Okay yes, when you do load up a new game of Dice Legacy, the game briefly resembles the main menu from Halo: Combat Evolved. But while Halo's ringworlds are designed to make eerie, sci-fi skyboxes and play home to these landscapes that feel both artificial and natural, Dice Legacy's Ringworld emerged out of trying to solve a camera problem. 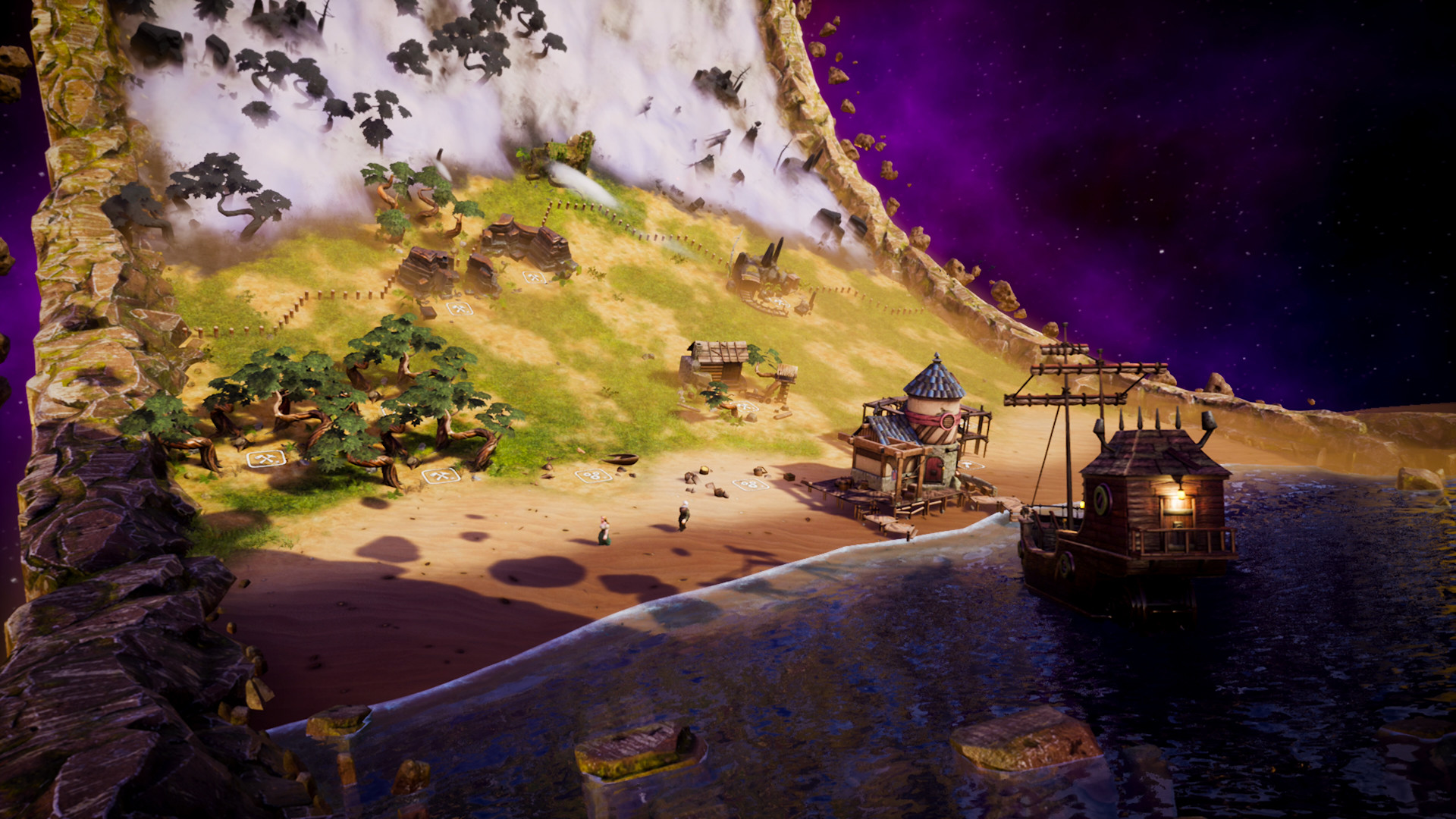 Like other citybuilding games, Dice Legacy is played from a top-down perspective, letting you see every building and unit on the map. But it doesn't feature the same horizontally wide spaces you might find in Cities Skylines or a big game of Age of Empires. Instead, players can scroll vertically to see their expanded territory. The narrow space helps focus players' attention, while also giving an obvious sense of progression—to advance the game, build upward.

"The game used to be on a broad plane, but moving the camera was very cumbersome," Vernocchi said. "Our amazing concept artist Scott Pellico said 'well if you just want to remove it, put it on one axis and make it a ring.'"

Dice Legacy's Ringworld also has two seasons—summer and winter. (Vernocchi mentioned that there used to be four seasons in the game, but spring and fall were cut for not feeling significantly different.) The summer season is the base Dice Legacy experience—but winter is where the challenge ramps up.

Winter arrives like the cold snaps of Frostpunk—changing the environment the player is operating in and forcing them to redirect resources to combat the cold. In winter, players' Dice can become frozen while doing tasks, leaving them unrollable until either summer returns or they warm them up with a nice flagon of ale in the tavern.

It's not as directly threatening as other cold simulation mechanics, but it has a subtle effect on player progress. For Vernocchi, this mechanic was about slowing players down, and reinforcing the notion that players should care about their dice's condition.

He referred to the board game slang of the "engine"—a nickname for the assembly of mechanics players use to convert inputs into outputs in the worker placement genre, and how winter in Dice Legacy is about slowing that engine down. "The first winter is usually a breathing moment for the player," he said. "After that first year, then it becomes more important to learn how to make your engine work during the winter."

Players do this by either building heat generators or researching tech that reduces the odds of their dice being frozen—but to pull these off, they need to be paying attention to the resource gathering they do in the summer. It's a thematic loop that retains the spirit of the fantasy at play—while also getting toward Dice Legacy's core goal: getting players to care about their dice.

So what else can you do with dice?

The team at Destinybit obviously made Dice Legacy with the hope of entertaining players and making a commercially successful game—but Vernocchi also opened up about what he hopes the game can do for other game developers. 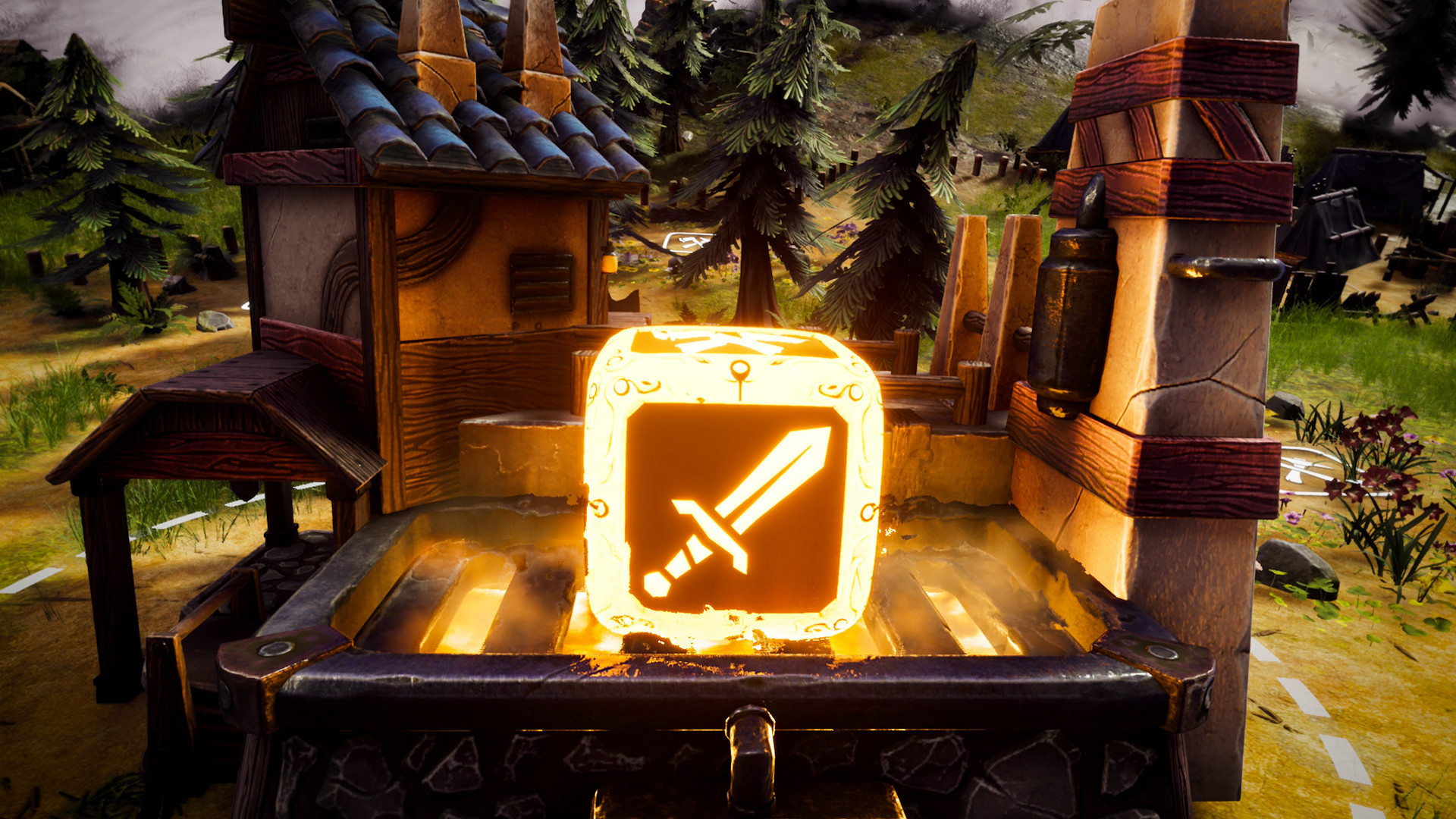 As a point of reference, Vernocchi's favorite soccer player is Andrea Pirlo—an Italian footballer well known for passing the ball to other players and helping them score goals (if you need an NBA reference, he pointed to Kevin Nash).

Whether Dice Legacy is a hit or not, Vernocchi hopes other developers start to pick up on the idea that dice make for great mechanics in digital games, and don't just need to be used as random number generators.

Vernocchi describes his own design philosophy as being one built around making great-feeling toys. He referenced a box of Lego bricks he'd play with as a kid, using the same blocks to try and make new games with the same pieces. It's an experience he tries to recreate when making games like Dice Legacy, and he hopes developers checking out his game feel similarly.

"That would mean my toy inspired another toy. And hopefully that toy will inspire another toy, and so on. Hopefully we all make interesting games that we all can play."