"A lot of games add co-op by having both players play an essentially single player game at the same time, but we wanted to try and really take advantage of the multiplayer component."
Game Developer
Staff
February 18, 2016

Pitfall Planet is takes the already difficult task of creating a compelling single-player platformer and multiplying it by two. By rendering it local co-op, the design challenge of creating challenging and navigable puzzles become that much more difficult, as the options for the players expand outwards.

Nominated for the Student Prize at this year's IGF, Pitfall Planet has already garnered awards at the Level Up Showcase and the Bit Bazaar. It's being made by a small team formed out of the Ontario College of Art and Design University, lead by Adam Robinson-Yu, and is slated to release later this year.

With the IGF awards just around the corner, Robinson-Yu and his team fill in Gamasutra about the process of making Pitfall Planet.

Adam Robinson-Yu: I’ve been making little games on the side throughout all of highschool and university. I used Game Maker and XNA a lot before becoming settled in Unity. Making games has always been my favorite pastime, though most of the games I’ve finished have come from game-jams or competitions. After doing two internships in the game development, I really wanted commit some time to working on a longer independent game- which ended up being Pitfall Planet!

David Czarnowski: I’m fairly new to the game development scene. I’ve always been interested in game design and created small games in high school but I never really worked with a team to create such a big project. Before Pitfall Planet I had little experience with Unity, 3D modeling, or programming. I took on the role as a 3D Artist and it was a big learning process as I threw myself into the project, it’s been a crazy ride.

Emma Burkeitt: Since I was a little kid I’ve always really loved drawing and video games. Getting into game development was a great way to combine those interests. I started making games in my first year of University and made a lot of small games in my time at OCAD. Pitfall Planet is probably the biggest game project I’ve taken on. It’s been a really fun experience! 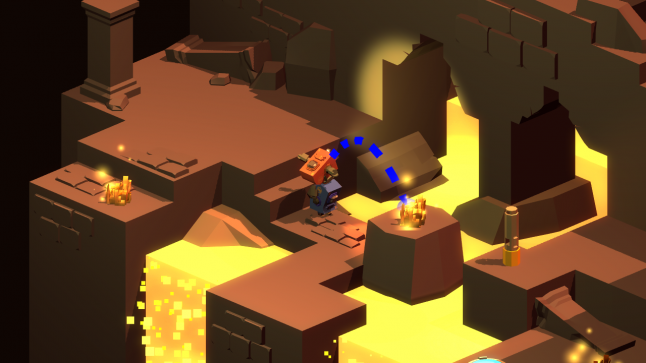 What development tools did you use to build Pitfall Planet?

Adam: We made Pitfall Planet in the Unity Engine and used the InControl library to help standardize controller inputs. Our 3D-models were made using Blender and Maya, and we used Photoshop and Illustrator for texturing.

How much time was spent working on the game?

Adam: We started development on Pitfall Planet in during the middle of February last year. We were developing the game as part of a class project, so we needed to finish a demo for The Level Up Showcase in April. After our game ended up winning Best Overall Game at the showcase, we committed to fleshing it out into a longer game. It’s now been almost a year since we started working on it, but it doesn’t feel that long ago! 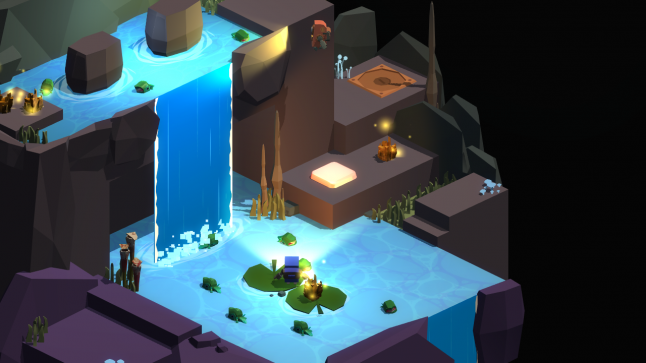 Adam: Since we started the game as part of a school project, we knew we had to keep the scope within the length of the semester. We brainstormed a few different games, and we almost ended up making a game about drunken astronauts! We were pretty sure we wanted to make a cooperative game, and we ended up taking inspiration from Toad Treasure Tracker, co-op Lode Runner, and Portal 2’s co-op campaign.

Emma: In the beginning we went through a lot of different ideas for Pitfall Planet, but all of these ideas were unified by the goal of creating something that looked inviting and was easy to pick up and play. Since we knew we would be submitting our game to the Level Up Showcase, we wanted to settle on a game read well in a showcase setting, where a lot of people could drop in to play together.

David: There was a common interest in outer space as our theme, it provided a really cool color palette and imaginative creatures and environments. As we continued working on concept art we discovered an interesting, cooperative, puzzle-solving game structure that brought together many of the themes we wanted. It was simple enough to iterate on and allowed us to make cool game mechanics. 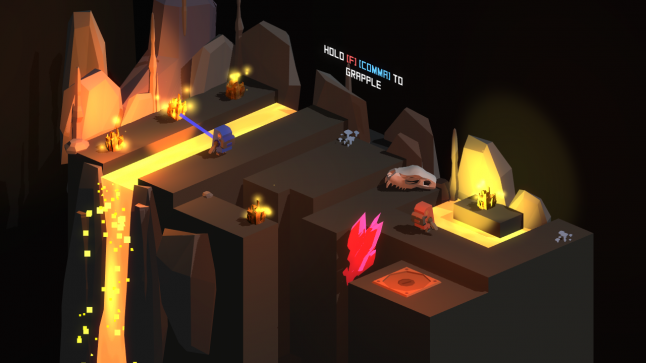 How does designing a cooperative platformer differ from an exclusively single player platformer?

Adam: It adds another layer of complexity to process, for sure. For Pitfall Planet, we wanted to create something where both players needed to actively work together. A lot of games add co-op by having both players play an essentially single player game at the same time, but we wanted to try and really take advantage of the multiplayer component. Level design was a major challenge for the game, since we needed to create levels that needed both players, were interesting for both players, and couldn’t be broken by utilizing both players (often our playtesters would use each other complete our puzzles in unexpected ways!)

David: Playing cooperatively creates a different dynamic. Players have to communicate and problem-solve together so the social experience becomes an important part of the gameplay. It’s always fun seeing how teams play whether they try to be super efficient and pause to work out problems or whether they enjoy exploring and causing chaos! There is a certain charm that would be lost if the game was just a single player experience. 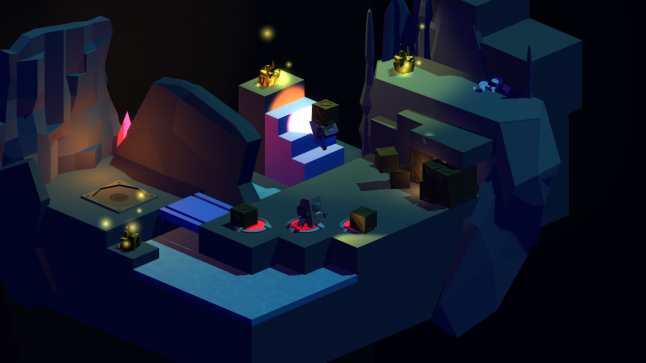 Emma: I haven’t played as many as I’d like to, but I’m a fan of GNOG. It’s really fun and the art is so beautiful. Keep Talking and Nobody Explodes is really cool too. I like the way it takes advantage of the Oculus’s ability to immerse a player in a digital space while still allowing play to happen in physical space.

Adam: Unfortunately, I haven’t had the chance to play many of them yet! Although, I recently played through Undertale and I absolutely adore that game. I also had the chance to try GNOG, and it’s beautiful and charming.

David: There are many titles I’m looking forward to playing in the future. We got a chance to showcase with GNOG and it’s a really beautiful game. The art style and gameplay is unique and a lot of fun. I’m excited for it’s release this year! Another finalist game that I recently started playing is Mini Metro and I really love the concept. It’s very simple and graphic and also very addictive.