It's been a good year for the "live-die-repeat" time travel genre, and one of the most conversation-sparking titles of 2021 is Twelve Minutes—a psychological thriller where the player character lives the same 12 minutes over and over again, and must experiment with a variety of alternative decisions to break free of the loop.

Unlike other games in the genre that lean into the science fiction element of the story, Twelve Minutes is about interpersonal violence, relationships, and drama. The player character must steal phones, drug his wife, and electrocute a cop all as part of his quest to be free of the loop.

The game's ending is (spoiler warning) controversial. And consequently, it sparked conversation among game developers on the place content warnings have in interactive media and the different approaches developers might take to let players know about dark themes in games without spoiling the plot

What is it like then when your game launches to both positive reviews and discussions of controversy? We reached out to Twelve Minutes director Luis Antonio to discuss the small team's takeaways from the game's launch, dig into the design decisions that allowed them to create meaningful time loops, and more.

This Q&A has been lightly edited for clarity.

To get started, would you mind explaining how you started work on Twelve Minutes?

This project started as a curiosity in exploring the concept of ‘accumulated knowledge’ as a gameplay mechanic.

While working on AAA studios as an artist, I tried to get other developer friends to work on it without success. It was only a few years later, while working on The Witness and surrounded by other independent developers, that I realized the only way to execute this concept would be to learn how to program. That is when the actual development started, during evenings and lunchtimes until I had a prototype of the experience.

The time loop genre is becoming more and more identifiable in the world of games. What did you want to do to make Twelve Minutes stand out?

I believe that if you explore a certain concept deeply enough, even if it has been explored many times before, you will arrive at something that is unique. There are a few design challenges that I wanted to tackle with this project:

I wanted to remove a lot of the usual hand-holding video games do, especially since I was trying to focus on the processing of knowledge and how you use it. With that in mind, I tried to avoid having any objectives, hints, the concept of levels, save games, or other classical video game elements so that, as much as possible, the effort of assembling the information of each loop happens solely in the player’s mind.

Another goal was to make something that is accessible to non-gamers without sacrificing any of the design or gameplay challenges. A lot of people are put off by the complexity of using a gamepad or even trying to move a character in 3D space, stopping them from experiencing a lot of games. That is the reason that made me keep the top-down view and point-and-click interface. As long as you know how to use a mouse, you’re good.

I wanted to create something that felt fluid, rather than having the classical cutscenes with exposition and then action sequences. Having it all blend into one seamless experience [makes] you feel that you’re the one guiding the story and not the other way around. 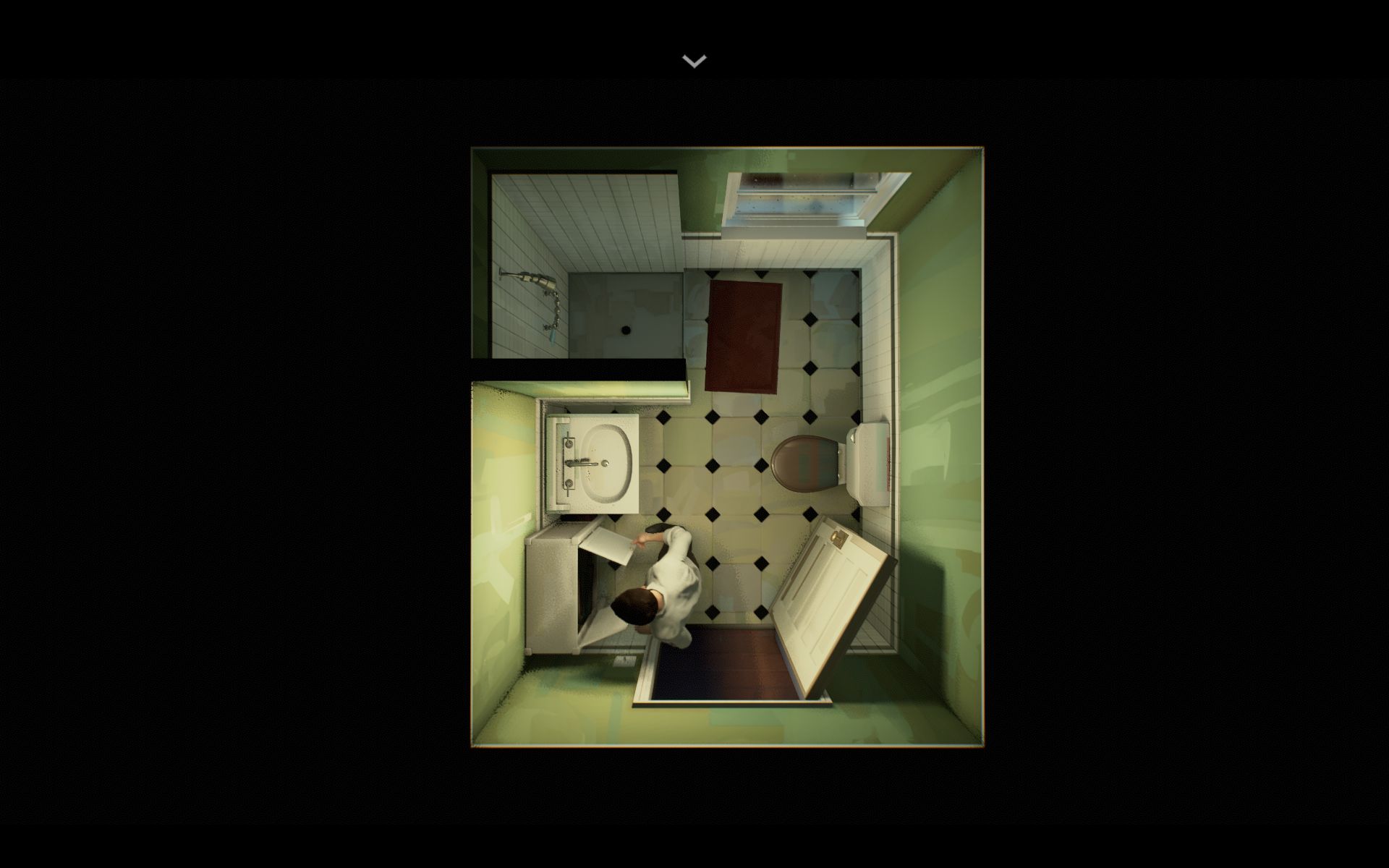 When designing time loops, what are the core details that make repeating a loop feel satisfactory? How do you prevent it from becoming boring, stale, or frustrating?

This was one of the first questions I wanted to tackle and some of the conclusions I arrived at:

How do you calibrate your loop to get to that point where the player starts to feel like Tom Cruise in the second act of Edge of Tomorrow (or Bill Murray in act 2 of Groundhog day) where players have the loop memorized and are able to manipulate cause and effect, etc.?

For this title, I think the constraints we created (small environment; a limited set of elements; small cast) allowed the players to stay focused on the narrative and the story being told and drive their efforts towards what they believe would ‘fix’ the loop. 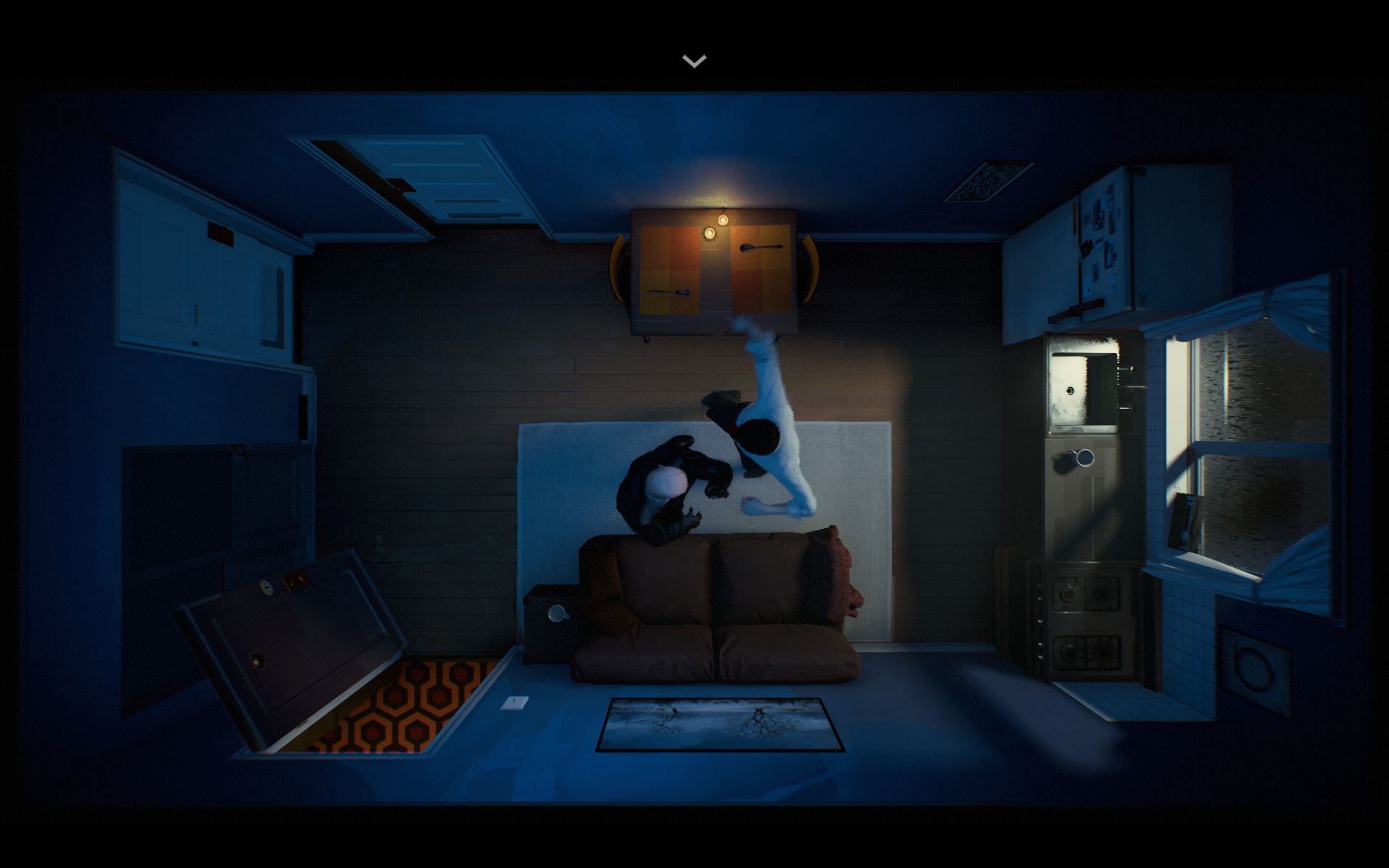 Twelve Minutes got caught up in a discussion about content warnings—and not in a negative way. It happened to release around the same time as Boyfriend Dungeon, which had content warnings, but was still criticized for having a romantically obsessed stalker among its cast.

We do have content warnings. Twelve Minutes is rated M with descriptors for Blood and Gore; Sexual Content; Strong Language and Violence. We also made sure that our marketing campaign was in line with the tone and themes of the project.

As art forms change and evolve, it makes sense to reevaluate the rating systems but it’s also important to be aware of how to do so to create a healthy environment for discussion.

This game’s ending definitely has some fans, but also some detractors. What has it been like to watch press and players reach the end of the story? Did you feel like you accomplished what you set out to do?

As a game developer, I find interactive experiences are the most engaging when they raise questions and leave enough room for your own interpretation, especially when there is a strong narrative involved.

I wanted to explore the concept of accumulated knowledge, not only from a practical side (e.g. having the foresight of what is about to happen) but also how you, the player, will frame that knowledge and decide to interpret/use it. Especially since knowledge is not something you can undo (unlike the character you play).

I LOVE the end result and how most people agree it’s refreshingly new as an interactive experience. I’m happy to see all the discussions that the game has created as well as the interpretations around the characters’ motivations and what might be really happening.