EA Senior Vice President John Schappert has spoken to Gamasutra about Madden for Nintendo Revolution - its specific game mechanics, EA's approach to the Revolution, and why simply porting titles to Nintendo's unique new platform is a bad idea for both consumers and publishers.
Frank Cifaldi
Blogger
April 27, 2006

Electronic Arts has revealed to Gamasutra a new version of the company's Madden football game, made exclusively for the Nintendo Revolution, and taking advantage of the Revolution's unique motion sensitive controller. The game will be shown for the first time at the E3 Expo in Los Angeles next month.

The new title in EA's marquee franchise has been created by a new internal studio within Electronic Arts Canada specifically set up to make Nintendo Revolution games, and Gamasutra had a chance to interview EA Senior Vice President John Schappert, who was a co-founder of Tiburon Entertainment, and is now responsible for EA Canada, Chicago, and Tiburon.

Schappert discussed the game's development, its specific game mechanics, EA's approach to the Revolution, and why simply porting titles to Nintendo's unique new platform is a bad idea for both consumers and publishers. 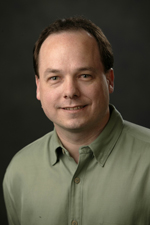 He continued: "This is a unique platform. It's got a great, cool, innovative controller, and so we thought it needed its own separate development group just focused on it. We didn't think taking the normal approach with our core group would be doing it justice. We created a whole group within EA Canada, our Revolution group, to focus specifically on making Revolution games... The approach we took is, okay, we're making Madden for the Revolution. Forget what the control scheme was before, what should it be?"

He also noted that EA has learned from its past mistakes in the area: "If you look at Nintendo's dominance with the DS, they have created unique offerings, that have expanded and changed the demographic. Stuff like Brain Age, and Nintendogs, and Wario Ware and Electroplankton, which is just brilliant. It's just amazing software that you can only do with a stylus and a touchscreen. They've focused on that platform, and I think they've dominated with it, and created some amazing software. We didn't do that on the DS, and I think that was part of our learning process; learning and watching to see how they've capitalized on that machine. And they've done a great job. And with the Revolution we said, you know what, let's learn from that. Let's create great original Revolution titles."

But how will Madden play in any strikingly different way? Schappert illustrated: "So for example, you're hiking the ball. You grab the controller, and you pull it up. And you snap the ball, without pushing a button. To throw, you take your hand and you gesture a throw motion. The harder you gesture, the more you send a bullet pass. If you gesture softer, you throw a lob. If you're kicking, you take the controller as if it were your foot and swing up on it. The straighter you keep it angled the straighter it goes. If it's tilted a bit, the ball might sway."

"You're...a receiver, you just caught the ball. You want to stiff arm? Take your hand out and extend it. You want to juke left or right? Jerk your arm left or right. So in addition to using the pointing device to select plays, we've completely redone the control scheme as if the Revolution was the only platform."

Schappert continued: "We're not spending our time saying, 'Okay, let me make it comfortable for you, for the person who has played previous Madden games.' We're saying, 'Hey, you just bought the Revolution. It has a unique controller, and this game is unique. This is proof of why you bought the Revolution. We're not simply going to port games, we're going to make them so you feel they're unique and original offerings. Sure you might have played a football game before, but not like this.'"

"Our core focus right now is on the actual gameplay mechanics. We're making sure that when you gesture with your hand, it recognizes it appropriately. That's not trivial. We did focus group testing, and found that people had twenty different ways of throwing. We're making sure to capture all those, and whatever way you throw, hopefully, you'll be pleasantly surprised to see that it recognizes it."

Reaction On The Revolution?

When asked what he thought when he first saw the Revolution, Schappert commented: "I was surprised. It's so different. I guess I likened it to everything I expect from Nintendo. You hear about Nintendogs and you're surprised, but then you see it and you smile. You see what they've done, and they're brilliant. So once you go on hands-on with demos, you walk away and you're smiling and you're giddy like a schoolkid talking about it for the rest of the day. Which is why after we saw it we realized that to fully maximize that machine we needed to create a group just focused on Revolution."

Next quizzed about how easy Revolution is to develop for, Schappert noted: "You know, one of Nintendo's mantras was to make the machine easy to develop for. I can tell you that is certainly playing out, our team has been very, very pleasantly surprised. Hardware always comes in stages, and even when you don't have all of the hardware, we've had very early access to the controller. We've had access to that for some time, for a very long while, so we've been able to prototype easily."

When asked about whether the existing Madden audience will play the game on the Revolution, Schappert suggested: "I think it's going to be different to existing Madden consumers. Football gamers know what to expect, they won't be disappointed with the core mechanics like the AI, but I think the control scheme and the gameplay is different, which is exactly what I think every Revolution title I want to play is going to be like. The system is different and unique, so I want to play unique offerings on it."

Further information regarding Madden for Revolution will be available at next month's E3 Expo in Los Angeles, which Gamasutra will be covering in full.