The distinctive feature of 5th Cell's critically-acclaimed Nintendo DS game Scribblenauts is its enormous dictionary of terms, any of which can be written to summon objects to solve puzzles in the game. Just about anything you might want to write, from "acai berry" to "zygote," gets transformed into a functional object.

With well over twenty thousand words represented, some are bound to be surprising. And indeed, shortly after its release, a player found and reported an unusual term in the game's dictionary: "sambo."

"Sambo" is a racial slur that originated in eighteenth century British and American English. It was, and remains, a derogatory way to refer to a black man.

While its origins remain somewhat mysterious, the term is best known today thanks to the 1894 children's book Little Black Sambo, which tells the story of a boy named Sambo who outwits a series of tigers who threaten to eat him.

The cultural context for Little Black Sambo is complex. Its author, Helen Bannerman, was a Scot living in Madras during the period of British colonization. This explains both the tigers and the "blackness" of the boy, since the British often referred to Indians as black.

Yet, the name she chose for the boy referred primarily to a largely American term for African slaves. While the original edition caricatured Southern Indian appearances, later editions, including those published in the U.S., depicted Sambo as a "darky" or a minstrel golliwogg, further cementing its association with the negative racial stereotype of a negro simpleton. 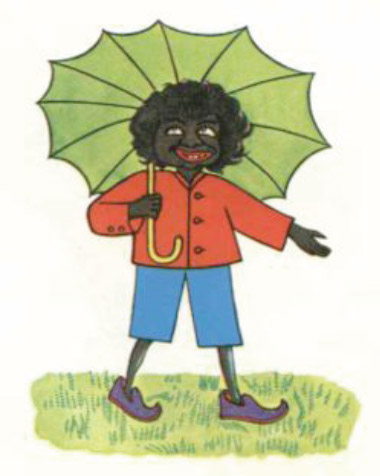 By the 1930s, the Little Black Sambo character appeared regularly in popular culture, including a variety of animation adaptations of Bannerman's story. In this 1935 cartoon, the characters are clearly meant to refer to African American blackness, as the addition of the black mammy and stereotypical speech suggest.

But by this time, negative reactions to the story and figure of black Sambo were already beginning to appear. As the years passed, many began criticizing the book as offensive to black children, and it gradually fell out of favor in libraries and schools, even as other editions appeared that attempted to rescue the story from its racist roots.

(Among these is the 1996 The Story of Little Babaji, a direct copy of Bannerman's original text with new illustrations by Fred Marcellino. This edition became a best-seller, and Marcellino was credited with rescuing the tale from its accidental fate as a symbol of American racism.)

Give its century of racial baggage, one can see why it would be surprising to discover that Scribblenauts recognizes "sambo" at all. But the game does much more than just recognize terms: it translates each typed word into an object with different properties and behaviors. 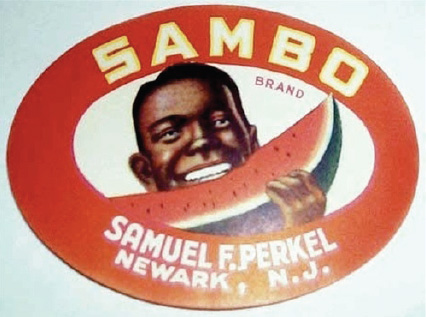 Entering the word "sambo" produces what appears to be a watermelon. And as Brian Ashcraft, Brian Crecente, and Stephen Totilo observed in their coverage of the game at Kotaku, the watermelon too has a long history of African-American stereotyping, making the inclusion of "sambo" seem even more racially motivated.

Yet, it wasn't intended to be. In his interview with Kotaku, Scribblenauts creative director Jeremiah Slaczka insisted that neither his game nor his company are racist. And I believe him, partly because he also admitted that he had no idea what "sambo" meant, let alone that it had a history.

According to 5th Cell, they included "sambo" because it is also a Spanish term for a type of gourd that grows on the chilacayote plant, one that rather resembles a watermelon. Apparently the watermelon-like graphic was simply reused for the sambo, a necessary strategy when one must literalize tens of thousands of different terms.

The most interesting feature of the Scribblenauts sambo fiasco is not that it offers evidence that 5th Cell (or some rogue agent within it) wishes to make negative racial comments about African-Americans by sneaking a slur into a game, nor that the term didn’t get vetted and removed before launch, nor that 5th Cell didn’t issue an earnest apology, even if their publisher Warner Bros. Interactive eventually did.

No, the interesting part is that Slaczka didn't know what "sambo" meant in the first place. Or more precisely, what that ignorance signifies.

It turns out this is a common unfamiliarity. Reading the comments on the Kotaku post, or the weirdly apologetic Joystiq follow-up, or the many forum discussions like the lively and often idiotic one at NeoGAF, it becomes clear that many people aren't familiar with Sambo at all.

While cartoons like the animation above would never reach the airwaves today, the figure of Sambo did last far beyond the 1930s. Perhaps most notably, Sambo's was the name of a chain of family restaurants, similar to Denny's, which thrived from 1957 to 1982.

The name started innocuously enough: Sam Battistone and Newell Bohnett founded the original restaurant in Santa Barbara (the only one that remains), and combined parts of their names (Sam + Bohnett) to create Sambo's.

They quickly realized the association with Little Black Sambo, and given the popularity of the book and the character they decorated the restaurants with scenes from its pages. The restaurant was well-known, popular, and everywhere, boasting 1,200 locations in 47 states by the late 1970s. The chain even makes an appearance on the cover of well-known photographer Stephen Shore's complete works. 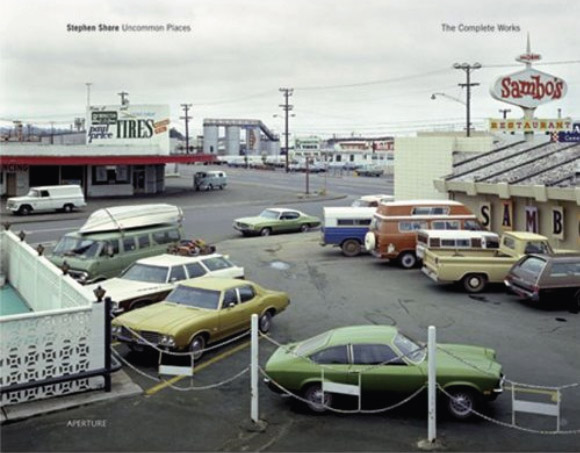 If you read the coverage and conversations attached to the revelation of "sambo" in Scribblenauts, many players -- particularly those previously unfamiliar with the term -- suggest that the very idea of discussing the inclusion of this word in the game is ludicrous.

Some slough off the situation as an unfortunate but unimportant accident. Some deny the very existence of racial significance in the situation. Some suggest that the coverage itself enacts racial violence by reintroducing an "obscure" slur back into the common imagination.

Some even accuse the coverage itself of logocentrism, angry that the Spanish sense of a word might be subjugated to the English one.

In all these cases, a common attitude prevails: this is not a big deal. It is a distraction, and it deserves only of limited attention. "Sambo," this attitude holds, is just a word.

But here's the problem: Scribblenauts is a game about words. That's its payload. Indeed, it is a game about a very many words and their relative uniqueness. It is a game about what words mean and do when mustered in particular situations. Its puzzles are mundane and uninteresting, until new terms alight upon them.

This is not a politically questionable song accidentally included in a game's soundtrack (Little Big Planet), nor a fiction associated with a known anti-gay agitator (Shadow Complex), nor a weirdly blatant and misplaced representational gaffe (Resident Evil 5). In Scribblenauts, every word draws attention to itself, by necessity and by design.

We might conclude that Scribblenauts is a game whose very goal is to make us think about the words people utter, and responses we expect. In this sense, and in direct opposition to the responses Kotaku's coverage has procured, the discourse Scribblenauts' "sambo" produces is precisely the purpose of the game. It is a game meant to make us think and rethink our words, their uses, and their implicit behavior. And the outcry and confusion shows that it is successful.

What sense, then, might we make of "sambo?" The idea that this slur has lost much of its sense startles me. I am in my early thirties. I remember reading Little Black Sambo. I remember going to the Sambo's restaurant. I remember being both charmed and disturbed by both. When I consider that the idea might have fallen so far into disuse as to disappear, two feelings well up in me.

On the one hand, it is tempting to celebrate this new ignorance. If a more accepting and less bigoted society is one we want to live in, then there is some sign of cultural success when a racial slur obsolesces.

But on the other hand, this very neglect points to a social ill even worse than racism itself: disavowal. We must strive for more than the destruction of stereotype, slur, and other visible signs of bigotry, as if eliminating the symptoms also cures the cause.

Barack Obama's now-famous speech on racism during the 2008 election was smart and moving not because it resolved anything about race in America, but because it acknowledged the thorny tangle that arises when we think and talk about race -- and when we don't.

Anger and resentment and fear on both sides -- on all sides. Obama called it a stalemate, a deadlock that can only be overcome by trying something new, rather than issuing new helpings of blame and praise, opportunity and concession.

Here in the land of video games, our battles are usually much more lowly. They are fictional, and fantastic, and ultimately unimportant. Often we have to work very hard to find meaning in such works and our experiences of them, struggling to shout above the din of conversations about politics and literature and economics and film and art to make our work appear to have even a trifle of relevance.

Yet, when such matters are thrust upon us by happenstance, what do we do? We resist. We repudiate. "It's just a game," we say. "Don't ruin my experience." But I say, what if this is the experience? What if messy quandaries about the ambiguity of "sambo" is precisely the sort of thing that Scribblenauts was meant to bring us? Then we'd have to face the uncomfortable and fantastic muddle that a game helped us discover by accident.