As the controversy over DRM in PC games continues, Gamasutra talks to 2D Boy and Stardock on their attempts to pioneer less restrictive or even non-existent DRM, as Ubisoft and EA comment on their loosening of protection controls for Prince Of Persia and The Sims 3.
Game Developer
Staff
May 11, 2009

[As the controversy over DRM in PC games continues, Gamasutra talks to 2D Boy and Stardock on their attempts to pioneer less restrictive or even non-existent DRM, as Ubisoft and EA comment on their loosening of protection controls for Prince Of Persia and The Sims 3.]

If 2008 was the year of consumer resistance to digital rights management (DRM), then 2009 seems to be the year that developers are seeking more relaxed, gamer-friendly ways to thwart piracy.

Indeed, some outspoken developers have even suggested that game makers suck it up and accept the piracy, perhaps generating income in alternate ways, like micro-transactions.

Even leading publishers, like Electronic Arts and Ubisoft, are softening their DRM efforts. Ubisoft, for instance, shipped its Prince of Persia in December with no DRM whatsoever.

And EA has announced that when The Sims 3 is released next month, no online authentication will be required to play the game, simply a CD key.

"I definitely believe this is all the result of a change in the public perception of DRM, a sort of grass roots uprising," observes Ron Carmel, co-founder of San Francisco-based developer 2D Boy. "Gamers are much more vocal about it than they used to be, perhaps because they are so accustomed to downloading music without too many restrictions."

Carmel believes that the extent to which a game is pirated is approximately the same whether it uses any of the DRM technologies or not. If it is that ineffective, he asks, why use it at all?

Many PC game retail publishers typically use DRM to limit the number of systems on which a game can be installed -- most games allow no more than five. But that hamstrings customers who own more than five computers, or who have to re-install their machine multiple times.

Additionally, the ways that some DRM-based systems hide their copy protection mechanisms and online install checking within Windows often concern gamers who consider them 'spyware' -- with a few examples of behind-the-scenes systems that affect operating system efficiency.

But in general, the concept that a game is installing something unknown on the user's system to check on them is psychologically unsettling, whether or not it's actually disruptive.

It has been claimed -- albeit without any demonstratable proof -- that, last year, a gamer backlash was a significant factor in EA's Spore becoming the most pirated game in 2008. Critics of excessive DRM believe that some gamers simply chose to pirate rather than buy the long-anticipated game whose DRM technology infuriated them. 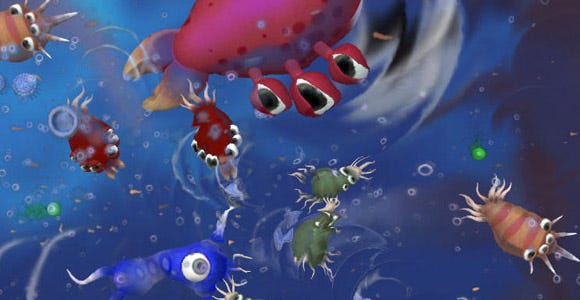 "Spore was the final straw that broke the camel's back," recalls Brad Wardell, president and CEO of Plymouth, Michigan-based developer Stardock. "Someone who buys software does not want to be made to feel like a chump for buying it. Much of the outcry came from legitimate customers who said that they shouldn't be restricted by DRM, especially since people with pirated versions weren't."

But the Entertainment Software Association believes otherwise."DRM is a reasonable response to high piracy rates," says Ric Hirsch, senior VP for intellectual property enforcement at the ESA. "Just because some users circumvent DRM protections to gain unauthorized access to game software does not mean that the technologies don't serve their intended purpose. No security technology is 100% effective."

"Most people in the United States who play games do not circumvent DRM in their use of game software, a fact sometimes overlooked because of widespread illegal downloading and usage of games. There is little doubt that piracy would be far more widespread without game publishers' use of DRM."

However, 2D Boy's Carmel says that DRM is used not so much to thwart piracy -- since it's not very good at that -- as it is to combat the used game market.

"Publishers aren't stupid. They know that DRM doesn't work against piracy," he explains. "What they're trying to do is stop people from going to GameStop to buy $50 games for $35, none of which goes into the publishers' pockets. If DRM permits only a few installs, that minimizes the number of times a game can be resold."

As a result, both 2D Boy and Stardock intend to ship without DRM and they suspect the rest of the industry won't be too far behind them.

"DRM is a waste of time and money for us," says Carmel. "It takes time to wrap the game in DRM and you have to pay the DRM provider a percentage of your revenue. Not only doesn't it work but, ironically, if your game gets cracked, then the person with the cracked version has a better gaming experience than the person with a legit version who has to enter a registration code to play."

And so, when 2D Boy shipped its first game, "World of Goo," in October, there was no DRM aboard.

"People have actually written to tell us how much they appreciate that," Carmel recalls. "Even though they hadn't intended to buy the game, they bought it just to support us. So there's an element of good will involved in not using DRM too."

Carmel is aware that piracy is a problem, of course. In a recent blog, he reported the methodology he used to determine that 90% of the copies of World of Goo that exist are pirate versions.

"Many people who are resistant to accepting the reality of DRM read my blog and said, ‘Oh, that's bullshit!' But I'm telling you," says Carmel, "we found 10 times more player IDs and 10 times more IPs out there than there were legitimate licenses sold."

Nevertheless, Carmel says he's not complaining; he says he's made good money off of World of Goo.

"I'm convinced that we lost very few customers because of piracy," he says. "People who pirate the game are people who wouldn't have bought it anyway. I don't know anyone who would try to find a cracked version and, if they can't locate one, they say, ‘OK, since I can't find it for free, I'm going to go out and buy it.' I just don't think that happens."

The bottom line is that Carmel doesn't intend to use DRM protection on his next game -- or on any of his subsequent games.

And neither does Brad Wardell at Stardock who ships -- and will continue to ship -- his retail DVDs to stores without DRM. The only validation required of customers is when they go online to update the game they purchased. 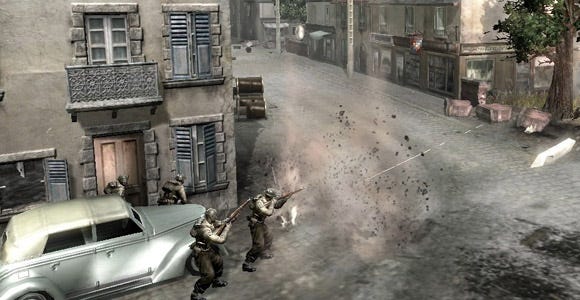 However, Stardock has developed a relaxed version of DRM, called Goo (no relation to World of Goo), that it licenses to interested parties. The first company to make use of it was THQ on its Tales of Valor, the recently-released stand-alone expansion of Company of Heroes.

Stardock didn't use it in its just-released Demigod but Wardell plans to include it in future updates, but not in-store retail versions. When gamers use online resources, such as multiplayer, he says, that becomes costly to the developer which is when keeping track of legitimate purchases becomes important.

The difference between Goo and more-typical DRM technology, according to Wardell, is that the developer's computer recognizes the gamer, not the game.

"When you install the game," he explains, "you enter your e-mail address, then the serial number, and the game is now tied to you. It's your account, it's your game, and you can install it in as many machines as you'd like. I don't know if that is technically DRM or not; the term has become so vague that everything is considered DRM these days."

If some developers have decided that DRM isn't worth the cost and effort, why haven't large publishers like EA and Ubisoft abandoned the technology as well?

"I believe their argument is that while DRM doesn't work perfectly," says Wardell, "it does make it more difficult for someone to get the game for free in the first five or six days of its release."

"That's when a lot of the sales take place and that's when the royalties from the retailers are determined. Publishers would be very happy for a first week without ‘warez' copies circulating on the Web."

The topic of DRM is apparently a controversial one these days -- neither EA nor Ubisoft would arrange for an interviewee for this story.

Instead, a corporate spokesperson at each company provided a written response.

Regarding the forthcoming The Sims 3, an EA spokesperson said that the giant publisher "listened to a lot of consumer feedback and worked to find a simple disc-based copy protection solution with which our customers were comfortable. There is no online authentication required to play the retail disc product."

The solution is said to be the same as that used on The Sims 2. But, she added, copy protection for The Sims 3 is specific to that game "and there are no additional details about any other EA PC titles at this time."

Meanwhile, a Ubisoft spokesperson admits that the company is "aware that some DRM solutions have not lived up to the expectations of gamers for a smooth gameplay experience and so we continue to strive towards finding a solution that will please fans while also fulfilling our obligations as ... a healthy, profitable company."

While noting that Prince of Persia shipped without DRM, she added that Ubisoft feels "that the best way to prevent piracy is to offer players a game experience that they feel is worth purchasing and in which the purchased game will offer them unique opportunities that cannot be had via a pirated version of the game." 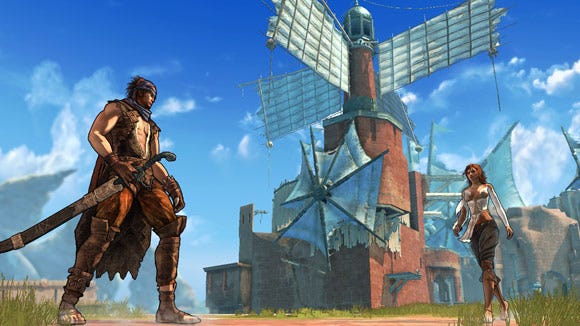 While the two publishers were reluctant to predict the future of DRM, others were not.

Stardock's Wardell believes that, in the next year or two, the industry will adopt a system similar to Goo -- on installation, a game will need to be activated online at which time it will be linked to the gamer's e-mail address.

But 2D Boy's Carmel expects that game makers will learn to live with piracy rather than fight it -- as he has.

"We will see lots more free-to-play games," he predicts, "with companies making their money through micro-transactions and such. When you tell gamers ‘take my games and don't pay me,' there's no reason for them to hack what you've built. All you need to do is come up with some other way to earn your money."