A handful of patent applications filed by Nintendo regarding its Switch console have today been published online, and they include talk about everything from a touchscreen to a head-mounted VR device.
Alex Wawro
Blogger
December 15, 2016

A handful of patent applications filed by Nintendo last summer regarding its upcoming Switch console have today been published online, providing curious devs fresh perspective on what the company aims to do with its hybrid hardware.

Devs who are thinking about supporting the Switch following its March 2017 debut but don't have full details on how it works may appreciate paging through the patent applications, which were brought to the fore via NeoGAF.

It's entirely possible that Nintendo will never release anything that resembles these applications, but it seems unlikely given how detailed the documents are and how closely they resemble the Switch as Nintendo has (so far) described it.

The patent also describes the device's screen as a touchpanel, one that is currently (at time of filing) a capacitive type capable of multi-touch input. This is well in line with unconfirmed reports earlier this year that the Switch will sport a touchscreen, though the patent application also reserves the right to swap it out for a resistive (i.e. single-touch) screen.

Elsewhere in the same application, Nintendo suggests that the core unit -- the removable bit with the touchscreen -- might at one point be slipped into a head-mounted display accessory (see below), one with lenses and (possibly) motion sensors. That's basically the same way that mobile VR headsets like Samsung's GearVR work, and it suggests Nintendo is at least thinking about how to compete in the VR market.

You can find more intriguing details about potential hardware in the aforementioned patent applications, or just sit tight until Nintendo announces more details about the console on January 12th. 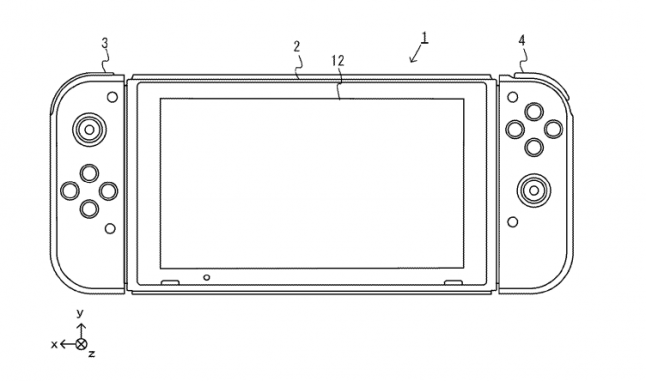 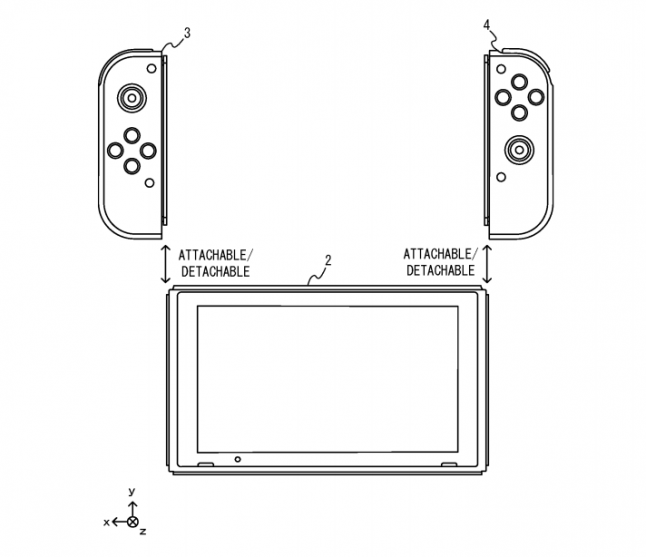 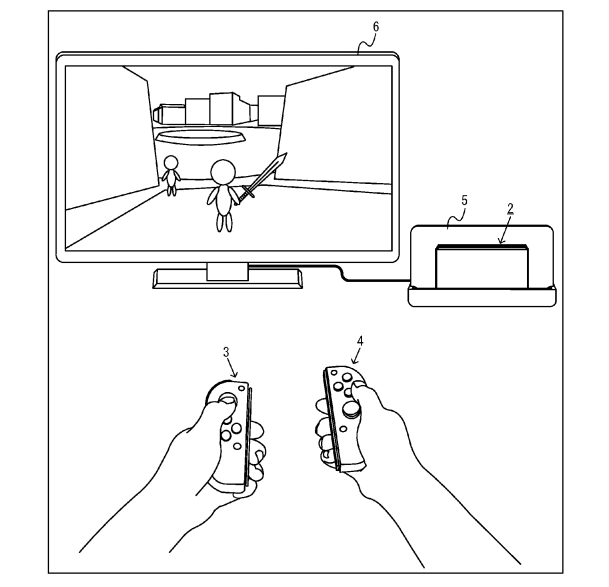 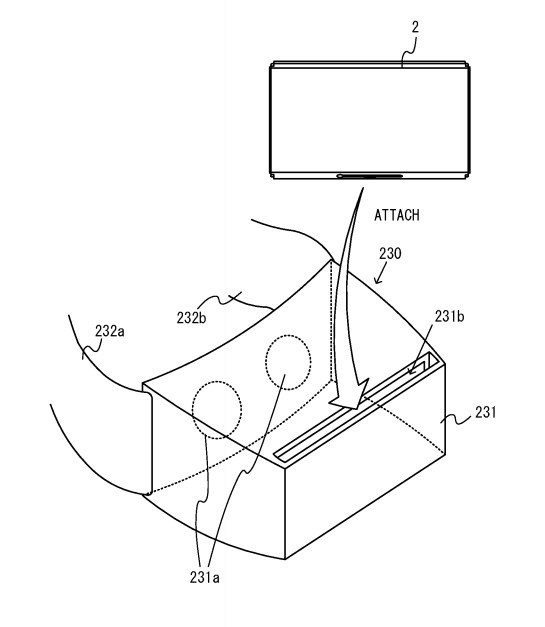