My impression of Panda Pop

I share a few points about how I feel about the new bubble popping game Panda Pop.
Junxue Li
Blogger
February 11, 2014

SGN has recently released a new bubble popping game Panda Pop on mobile. And the team is looking for new art vendors. Our team is invited to join the art test and tender(By the end we lose the tender though). I’ve played the game intensely, it’s a great game in all the aspects. Here I share a few points about how I feel about the game. 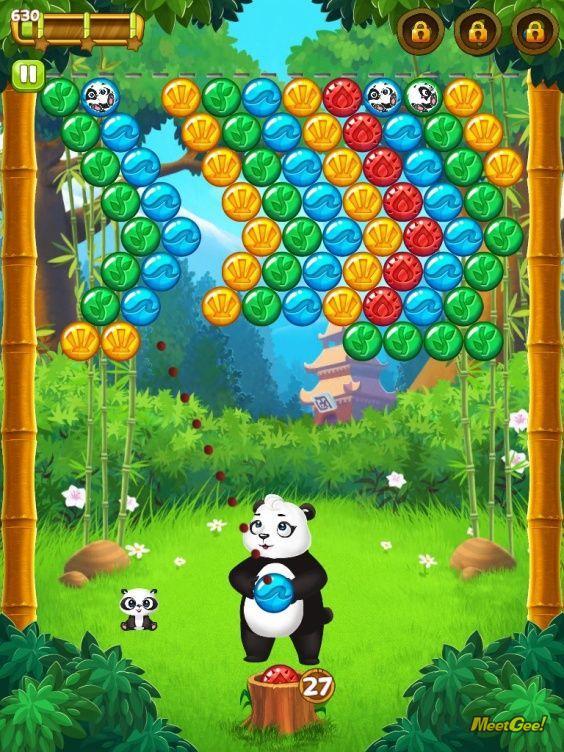 First of all, the graphic is beautiful, the coloring is pleasant. The theme is set in east Asia, China and Japan mostly. As the game is quite new, it’s HD graphics fit the retina display very well.

And the music is soft and soothing. I like the mood, for I’m Chinese. I have to admit that the Panda Pop team has done it better than our local Chinese game makers.

The game play is the same as all the bubble popping games. Most games shot bubbles by cannon or some type of machinery. Here Panda Pop takes a bit unique treatment. The mother panda throws bubbles upward, while the baby pandas are trapped inside of the bubbles, the mother has to remove the bubbles to rescue her babies. Once freed from the bubbles, the babies would parachute down. And every level goal is to rescue all the babies. 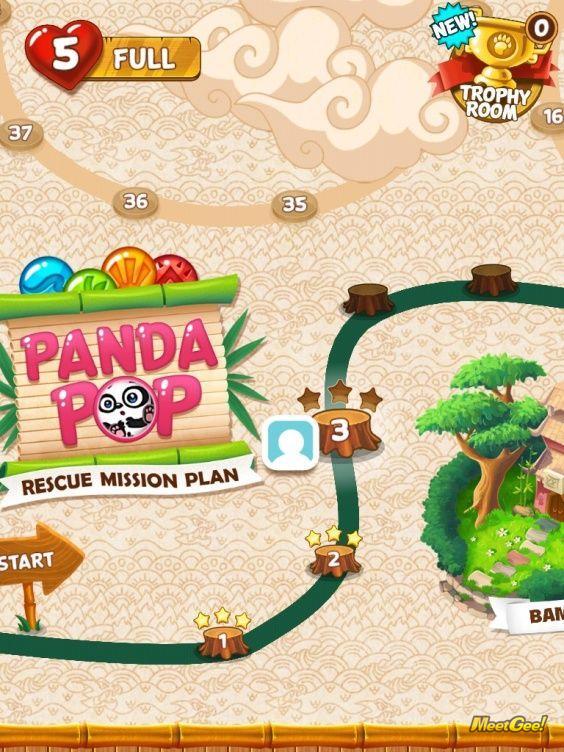 The progress is nearly the same as Candy Crush Saga, you can see a same world map, with 5 hearts indicated on the top corner. And the monetization is same too, when each level is near completed and you’ve exhausted the bubble balls, the game would ask you to purchase a few more balls.

The level design is good. The game play is challenging, interesting, but not so frustrating, if you don’t intend to spend for the game. Not like Candy Crush, that you have to buy your way through.

In each level, there’s not much random factor. The arrangement of the bubbles is essentially the same each time you enter a level, only a few bubbles in a small region would reshuffle. And another random factor is the balls popping out from the mother panda’s hands.

Each 10 small levels form a big level. In a new big level, it would change to a new background image in the play screen. And a new game play elements is introduced. For example, in big level 2, some iron balls would be added amidst the color balls. They don’t belong to any color balls, you can only remove the other color balls around them to make them fall off; In big level 3, spiked balls is introduce, they would “eat” the balls you shot on them. So it always offers new things in a new level for the players to expect, a good momentum to goad them play on.

An interesting setting is the lanterns to the two sides of the mother panda. They are four of them, correlate to four different color bubbles. Whenever you remove bubbles of certain color, the power of correlated lantern would fill up. When the power of a color lantern is fully charged, you can unleash a power shot. For example, red lantern for fire shot, blue lantern for water shot. You can combine different lanterns to make a even fancy shot. The most powerful shot is to combine all the four lanterns, that would summon a dragon to remove all the bubbles on screen.

Just as Candy Crush, you can refill the hearts by adjusting system time. Not sure whether this glitch is intentionally left by the dev team.