Life is Strange and the Power of Subplots

This article discusses the function of subplots inside the structure of a story - only by understanding it we can decide if it really improves our narrative or exists only as decoration.
Nicole Barelli
Blogger
November 05, 2018

Triple-A games are known to contain many hours of gameplay, and this is speaking only about the "campaign". As narrative becomes an increasingly more important piece of game development, it also becomes more complex, requiring the developers to understand numerous principles of story writing.

One of the elements that can enhance a story - especially if it's a long story! - is the Subplot. A Subplot (or B story, if you’re a Blake Snyder enthusiast!) is a secondary story inside the main one that receives less screentime and emphasis than the main plot. Robert McKee described in his book Story:

In other words, a subplot is not an obligatory element in a story, but if done right, it has the potential to create an even more powerful and meaningful experience! And that’s exactly what Dontnod did with the beloved Life is Strange! So today I want to take a look at how the developer worked with the game's different storylines, and how it ultimately led to a better, more impactful experience. 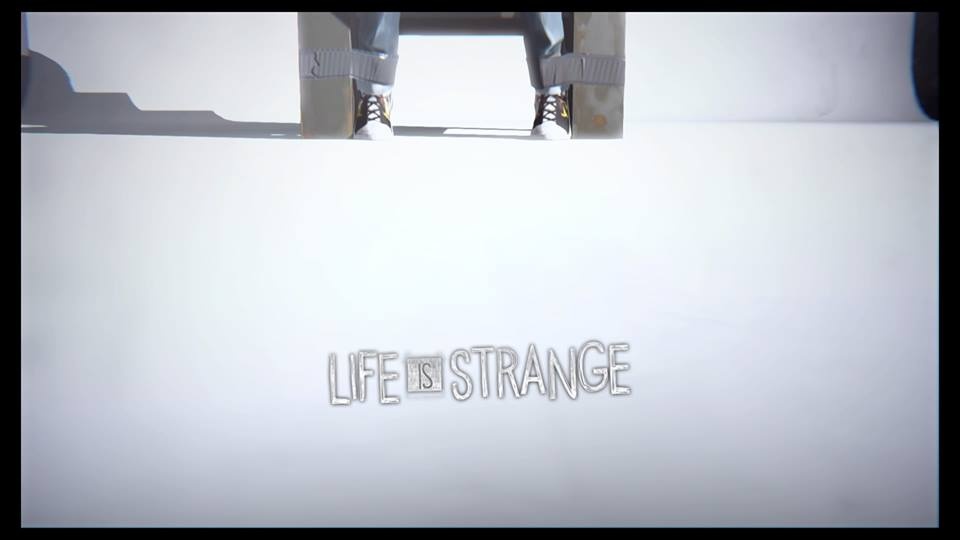 One aspect of Life is Strange that I find fascinating is how the main plot and the subplots are mixed and meshed together, connected in a seemingly “uncut” manner. So, for the purpose of this analysis, let’s first break the structure down into its main plot and the major two subplots:

Main Plot: I already made this experiment, and it’s not everyone who consciously knows what the game is truly about. “It’s a time-travel story!” some people replied to me. “It’s the story about a girl that gains superpowers and has to save the city!” Well, actually… no. Life is Strange is, in fact, a Buddy Love! As Blake Snyder describes it in his book Save the Cat!:


“[A Buddy Love is] just two people who can’t stand the fact that they don’t live as well without each other, who will have to surrender their egos to win [...] It’s actually a love story in disguise. And, likewise, all love stories are just buddy stories with the potential for sex.”

Life is Strange is about the relationship between Maxine (Max… sorry!) Caulfield and Chloe Price – just like The Last of Us is about Joel and Ellie, and not about the Cordyceps –, those two girls that once were best friends and got separated by life, staying away from each other for a few years; years that were crucial for changing and separating them. Now that they re-encountered, what will happen? Will they get along again? Continue the friendship? How the other events will shape their bound?

Subplot 1: now we have the paranormal, anti-structural, High Adventure plot – the “girl that gains superpowers and has to save the city” story. Before we go on, let’s see the last of the two major subplots;

Subplot 2: anyone remember the Thriller storyline? How Chloe drags Max into the mystery of Rachel’s disappearance, which later turns out to be a deeper problem comprehending all of Arcadia Bay and beyond? Well, here it is! 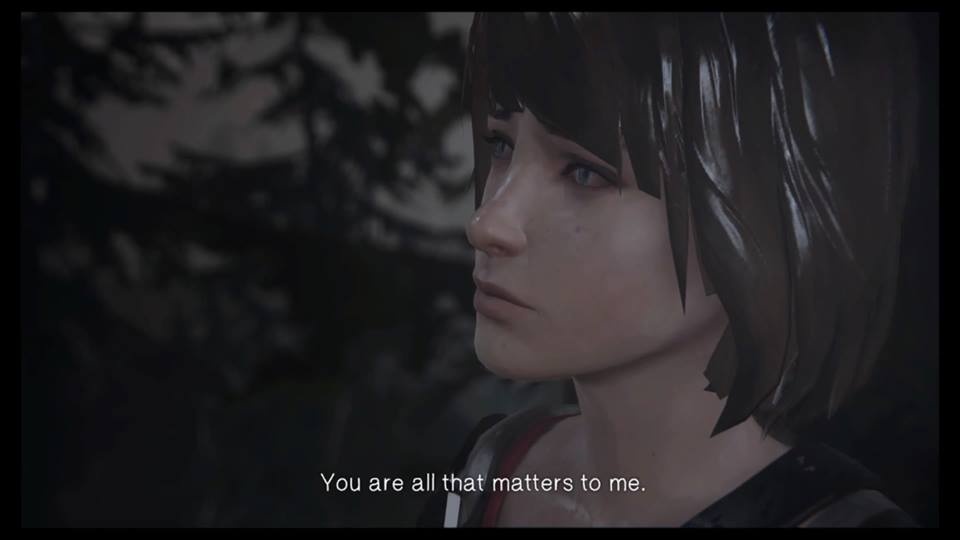 Life is Strange has two endings that can be chosen by the player. Let’s put aside intrigues such as “my choices didn’t matter,” “the ending doesn’t make sense” and work with what we got. In spite of everything, lucky for us, the choices available are not bad since there are no good vs evil kind of (fake) choices, only dilemmas between the lesser of two evils that culminate in ironic finales. No matter what, there are no happy endings for Max and Chloe. No matter what Max chooses, someone will suffer, and she will have to live with her choice. Because the ending is both positive and negative, we’ll have an ironic Controlling Idea that serves the Chloe Ending and the City Ending.

In one of the examples McKee gives in his book Story, there's one that absolutely matches with Life is Strange:

“Love is both pleasure and pain, a poignant anguish, a tender cruelty we pursue because without it life has no meaning.” 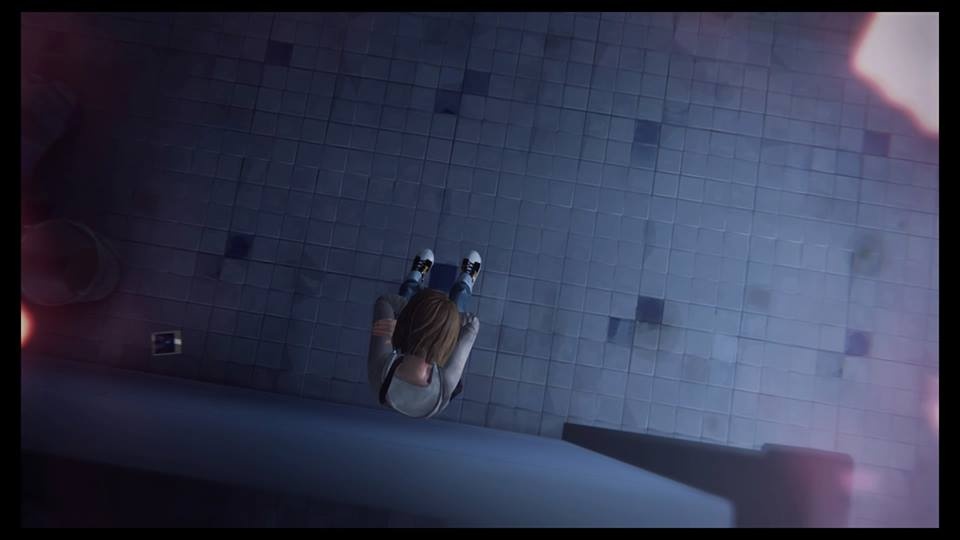 To avoid leaving readers with doubts, let me address one question that might arise - why is the Buddy Love the main plot (“A Story”) instead of the other major storylines I mentioned?

The Thriller Subplot is the easier one to understand. It is a very present and active story, however, it truly arrives later in the game, only in the second episode as Kate suffers from a path similar to Rachel, awakening in Max the desire to seek the truth. Not that she didn't care about Rachel, but it wasn't until Kate's viral appears that the major conspiracy behind the "Vortex Club" surfaced.

If this alone wasn’t enough to declassify it as a main plot, the Climax (the true Climax) of the Thriller happens off-screen (when Max tells Chloe about Jefferson and they go on to talk to David)! This is okay for a Subplot but could never, ever happen with a Main Plot!

What about the High Adventure?

First, as interesting as it may be, it’s a rather passive storyline. Bizarre things are happening in Arcadia Bay, but Max rarely spare time to investigate it. Of course, she has those powers and is trying to control and understand it, but besides that, the episodes just go on without putting too much focus on the why’s and how’s.

Second – and it is connected to the first reason –, it’s a matter of intensity. Dontnod is not worried about explaining or developing their paranormal events as they are about cultivating Max and Chloe’s relationship. For that, Dontnod used an Antiplot ideology – the normal world is, without any need for explanation and sweetened with a tinge of absurdity, invaded by foreign forces and, because of that, a single person gains superpowers. Why her? Why time-travel? Where does this come from? Who cares?! 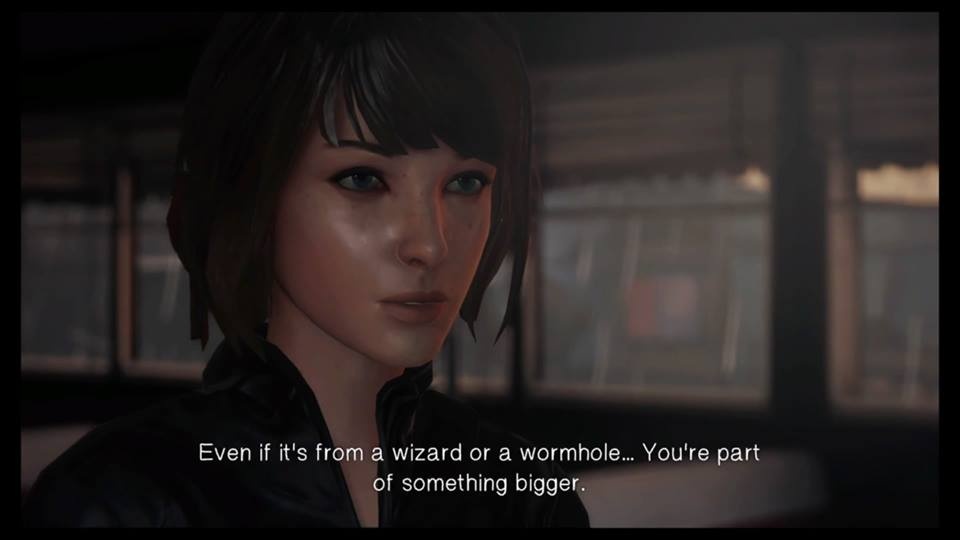 Flashback the game in your mind, and you’ll see how there are much more scenes dedicated to the Buddy Love than to any other storyline! Also remember that even though High Adventure and Buddy Love climaxes at the same time (during the Crisis), the resolution in both cases is dedicated to Max and Chloe (whether she is alive or not), the curtains closing with the Final Image of the Main Plot!

9,5 out of 10 people who played Life is Strange knows that exist a time-travel mechanic somewhere in the story, but what marked them the most is Max and Chloe’s love. After all, that was Dontnod intention and the reason Life is Strange conquered the heart of many players!

It’s easy to mistake the High Adventure story as the central one because a) It’s the main gameplay focus of the game; b) Many players don’t see how a “Buddy Love” story can work in video games (they can and they do!); and c) Its Inciting Incident comes earlier - the game starts with the subplot!

So we have one of the functions of the High Adventure subplot – delay the Main Plot! Why? Well, Dontnod needed some time to set up Max’s universe and, most importantly, few players would be “hooked up” if in a game that essentially sold itself with the premise of time-travelling started with a Buddy Love! As fascinating as that kind of narrative can be, it’s harder for a Buddy Love to work all by itself on a video game. Sad story, but so far, it’s true!

Dontnod’s big idea, however, came when they decided to complicate their main plot in a number of ways! “Oh, alright, there’s this girl who was my best friend and I lived five years without talking to her, but now that I’m back to my hometown, we can be BFF’s again!” Not that easy, cowgirls! 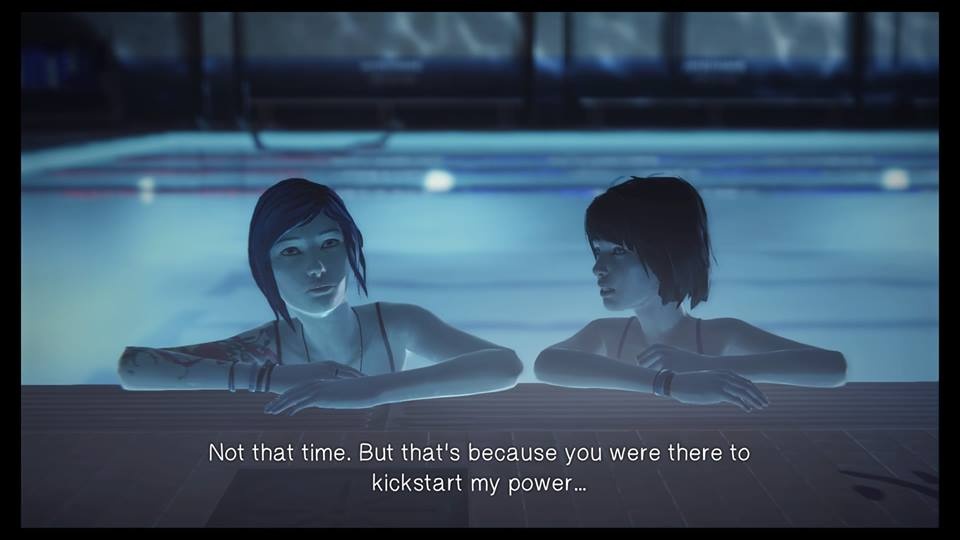 As the story progresses, the bond between Max and Chloe strengths because of that day in the girls' bathroom, what at first seems like a great win-win! However, the consequences start to appear, and we notice that all the events altered by the time-space manipulation are triggering unpredictable harms!

Dontnod even dedicated part of a chapter to clearly show this, when Max provokes such a change in the timeline that William survived the car crash, but his daughter ended up on a wheelchair and living with the help of medical devices. A brutal dilemma between the lesser of two evils obliged Max to let William die to see her friend healthy!

And we have, of course, the Crisis – that moment when the most powerful and focused forces of antagonism attacks! The High Adventure climaxes at the same as the Main Plot, in the dilemma between the lesser of two evils – to sacrifice the city and stay with Chloe or sacrifice Chloe to save the whole city. Max has the powers, so consequently, she is the only person capable of making that choice. And here we have the subplot pitilessly complicating the Main Plot!

However, as we stated earlier, the High Adventure is a more passive storyline. The Thriller subplot is much more active and offers its share of fierce conflicts with the Buddy Love!

Max abandoned Chloe when she moved from Arcadia Bay with her parents to live in Seattle. Left alone, Chloe found a different best friend in Rachel Amber, the girl with whom she made a lot of plans for a brighter future, all of them thrown away when Rachel mysteriously disappeared.

Max investigates Rachel’s disappearance at the same time she feels guilty for abandoning Chloe, an event that the latter insists on reminding from time to time. When things get complicated and poor Kate finds herself in the middle of a conspiracy, Max and Chloe dig deeper into the scheme, coming face to face with the most powerful family in Arcadia Bay.

Nathan, Kate, Frank, they all exist to make matters worse for the Thriller and, consequently, the Buddy Love. Mr. Jefferson is the last pawn to enter the game, getting as far as killing Chloe. And as Max herself points out, she goes through a lot of trouble “only” to prevent her friend from dying, almost like arresting the serial killer is not her number one priority – which is not a complete lie! 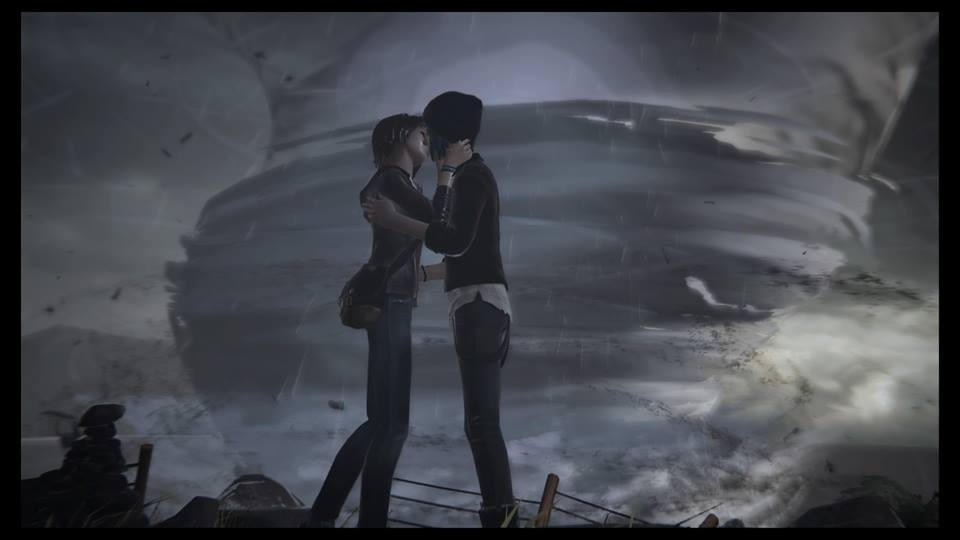 For last but not least, the subplots resonate the central idea. Dontnod surprised everyone with the endings. While most players were waiting for Idealistic Endings, Life is Strange offered a bunch of pessimist or ironic conclusions.

The Thriller is resolved. Mark Jefferson and Nathan go to prison to answer for their crimes (or die... anyway!). But as happy as it may sound, Chloe’s heart will remain broken since she’ll never reunite with Rachel; she’s dead and will remain dead. Mr. Jefferson will never kill anyone again, but a broken heart cannot be fully restored. For love is both pleasure and pain!

The High Adventure offers great powers to Max, but as Uncle Ben wisely said – with great powers come great responsibilities! No one could imagine the tragic consequences of messing with time and space. Being the only one capable of making the ultimate choice, Max is left with a dilemma that will decide not only her fate but also the fate of an entire city. She can’t save them all. For love is both pleasure and pain!

And this is only speaking about two of the subplots. What about Warren and Max’s Buddy Love? Kate’s mini-Disillusionment Plot? Max career as a photographer? They all have something to say in regard to the Controlling Idea. After all, love is both pleasure and pain, and there’s no escape from this hard truth! 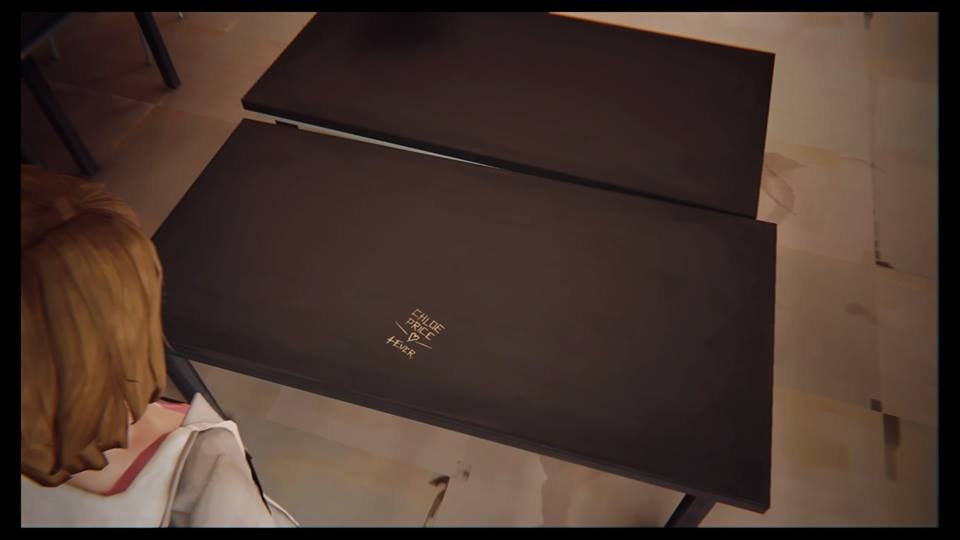