Jake Solomon explains the careful use of randomness in XCOM 2

"As a developer, you have to accept that when it comes to unpredictability, there’s going to be an uneven experience. If you shave off the lows, a lot of the time you’re shaving off the highs.”
Kris Graft
Publisher
March 01, 2016

“Play forever.” According to lead designer Jake Solomon, that was the mantra that echoed through Firaxis during the development of XCOM 2.

While confident in the core systems of XCOM: Enemy Unknown, tackling the sequel meant creating a more mercurial set of challenges, ones that wouldn’t be the same from player to player. “If we were to use one word to describe our tactic, it would be the idea of unpredictability,” said Solomon. “I think what’s valuable as a player is that when you go into a game, the challenges you’re confronted with are unpredictable.”

One way that Firaxis went about creating unpredictability for their players was by making sure they never saw the same map twice. While the team was developing Enemy Unknown, they experimented with procedurally generating maps, but they couldn’t get the maps to both look convincing and remain mechanically interesting.

Ultimately, they settled for hand-crafting the environments on which tactical battles would take place. “We made enough maps that typically you wouldn’t see all of them unless you played through twice,” he says. Players replaying the game, though, would often run into content they had already seen.

This wasn’t something the team wanted to repeat in the sequel. “When we started XCOM 2, that was at the very, very top of the list for us,” said Solomon.

Their solution was the plot and parcel system. “If you view our maps as a giant quilt, than we simply punch out the individual tiles in the quilt and replace them with whatever we want.” The plot, or the overall map, functions as the groundwork, whereas the parcels--elements like a parking lot, or a building--are inserted piece by piece. 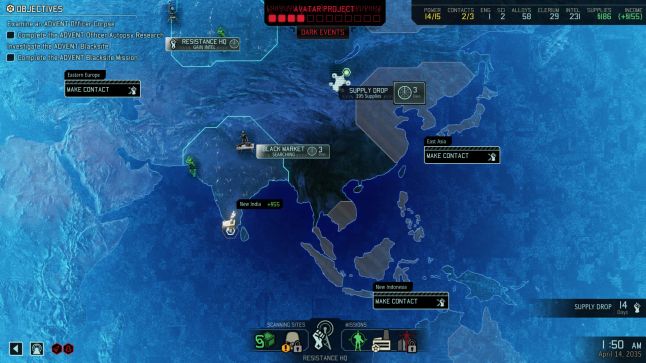 The result is a relatively simple system that never creates the same map twice. “On the tactical maps, this gives each mission an element of unpredictability,” said Solomon. “You may recognize a building or two, but you don’t recognize the overall map. It’s impossible to.”

"As a developer, you have to accept the fact that when it comes to unpredictability, there’s going to be an uneven experience. If you shave off the lows, a lot of the time you’re shaving off the highs."

But the core of XCOM isn’t just tactical battles. Equally important is the meta-strategic part of the game, where players build a base, train new soldiers and choose how to allocate their resources. In pursuing the ”play forever” mantra, Firaxis introduced Dark Events, periodic plots by the alien foes of XCOM to improve their own equipment or make life harder for the resistance.

Dark Events often occur simultaneously, and are pulled from a random pool; your own recruits might become more expensive, while the aliens start packing venomous ammunition that deals damage over time.

This created unique obstacles for the player, but it also prevented Firaxis from fine-tuning the level of challenge. “There were, frankly, some very scary moments when a certain combination would occur and there would be a huge spike in difficulty,” said Solomon. “It gave us some really late nights. When it comes to unpredictability, if you shave off the lows, a lot of the time you’re shaving off the highs. As a developer, you have to accept the fact that there’s going to be an uneven experience.” 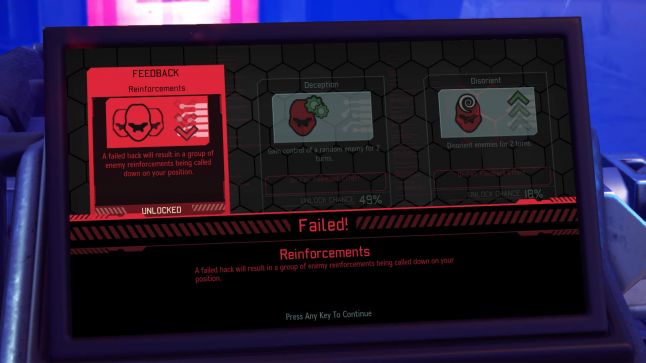 "According to Jake Solomon, accounting for player emotion is as much the job of a game designer as building a system of mechanics."

As often as unique stories arise from the mechanics of XCOM 2’s procedural generation, most players have one in common: your soldier is standing two feet away from an alien foe, shotgun trained on their glistening ooze sacs. The chance to hit is through the roof--eighty, even ninety percent. Your soldier empties a clip, and hits nothing but air.

This can be immensely frustrating, and even feel unfair because of the way that humans process statistics. “Players may view that number not from a mathematical sense, but from an emotional sense,” says Solomon. “If you see an 85 percent chance to hit, you’re not looking at that as a 15 percent chance of missing. If you thought about it that way, it’s not an inconceivable chance you’re going to miss the shot. Instead, you see an 85 percent chance, and you think, 'That’s close to a hundred; that basically should not miss.'”

The tension of strategy versus random chance is a central part of XCOM's unforgiving reputation, and leads to important moments of tension each turn as soldiers prepare to fire. But according to Solomon, accounting for player emotion is as much the job of a game designer as building a system of mechanics. 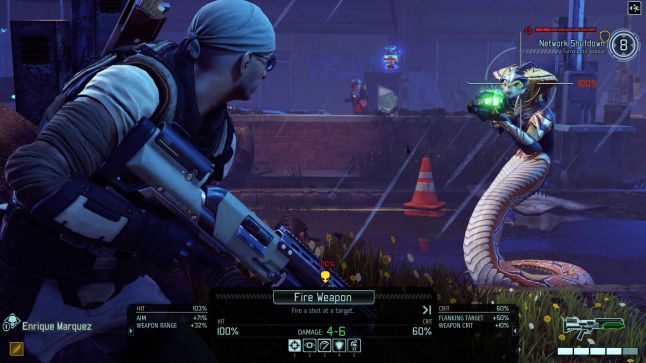 “The fact is, we’re trying to entertain players,” said Solomon. “So how do you deal with a player who’s missed an 85 percent shot? Emotionally, they’re probably strained. We don’t want the players missing multiple 85 percent shots, because then the game starts to feel punitive. That number boils down to a very simple thing on the UI, but our experience tells us that players have invested a lot of emotion in it.”

So how did Firaxis make sure XCOM 2 wouldn’t unduly batter the psychologies of their player base? Well, the calculations that go into each shot aren’t as heartless as you might think. “There’s actually a number of things that tweak that number in the player’s favor at the lower difficulty settings,” said Solomon. “That 85 percent isn’t actually 85 percent. Behind the scenes, we wanted to match the player’s psychological feeling about that number.” That 85 percent, according to Solomon, is often closer to 95 percent.

As tactical as XCOM 2 can be, it’s randomness that drives the most important moments in the game. As players, the products of chance become the narrative elements we see the most meaning in. “Random is never the way people expect it to be,” said Solomon. “Whether it’s a sequence of shots that you think is impossible, or a sequence of misses you think is impossible, or seeing patterns in the nicknames your soldiers get. We’re human beings--we see patterns.”