Insomniac gets personal with undersea game Song of the Deep

"I wanted the hero of this game, Merryn, to be something different. I wanted her to show that you didn’t need to be either sexy or badass to be a hero."
Kris Graft
Publisher
June 29, 2016

Song of the Deep was a chance for Insomniac chief creative officer Brian Hastings to explore a more intimate form of game development. For starters, it the 2D undersea action adventure game was smaller scale than the company's blockbuster triple A franchises like Ratchet & Clank and Resistance. "It reminded me a lot of the very small teams from early Spyro days twenty years ago."

Beyond that Song of the Deep, was also more intimate in that it gave Hastings a chance to think about what sort of game would be perfect for his young daughter.

Song of the Deep is designed to celebrate the intelligence, resourcefulness and creativity of a plucky  heroine. It has has drawn out similar traits from the team tasked with creating it.

Creating a Character with Qualities to Admire

"The original inspiration came from my desire to create a hero for my daughter to look up to," says Hastings. "She always likes the female heroes in books, movies, and games, so when we started out working on a submarine-based game I thought about modeling the main character after her."

Hastings wasn't just content to create a woman as a heroine and be done with it. "I saw it as an opportunity to get away from some of the norms we see with female heroes in media," he says. "Whenever my daughter would tell me about a heroine she liked, she would mention how pretty she was. And that made me think about how every popular female character I could think of, across every form of media, was pretty." 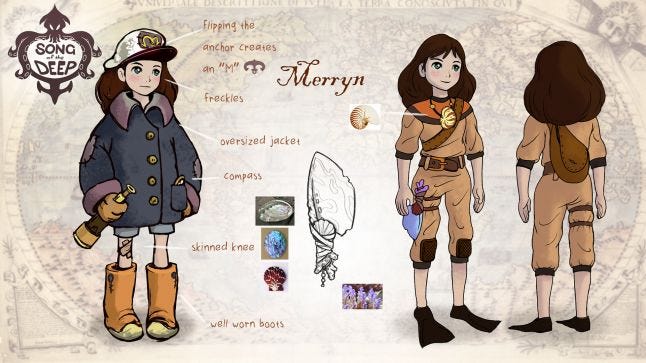 "I wanted the hero of this game, Merryn, to be something different. I wanted her to show that you didn’t need to be either sexy or badass to be a hero."

It's not that prettiness is an inherent bad trait. It was more that it was something that had been done often, showing a lack of other types of heroine that sent an unintentional message. "In video games in particular, the heroines have trended toward the archetype of the 'sexy badass,' and I’ve enjoyed playing as many of those sexy badass characters." says Hastings. "But I wanted the hero of this game, Merryn, to be something different. I wanted her to show that you didn’t need to be either sexy or badass to be a hero."

Hastings wanted his daughter to take away something from his heroine's character. "Merryn represents the qualities that I want my daughter to admire about herself – intelligence, creativity, kindness and resilience."

The style of Song of the Deep's 2D exploration and action adventure is based on a vital genre archetype. "Our whole team loves Metroidvania games, so that was a big reason for picking the genre," he says. "Metroidvania is a perfect fit for putting you into an undiscovered world and letting you explore its secrets on your own." 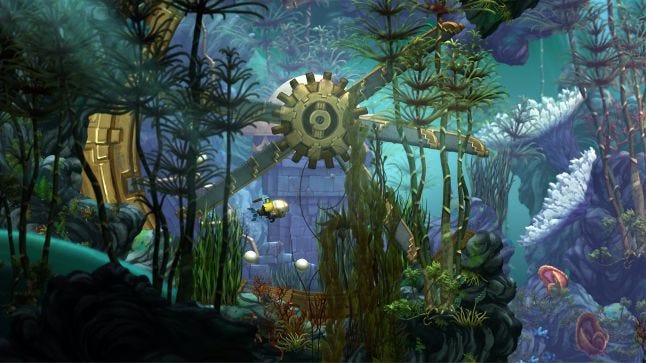 "Song of the Deep is all about mystery and discovery. It’s about the fantasy that there are incredible things out there that lie just out of sight."

In his years with Insomniac, Hastings had seen the studio grow from the tiny studio that developed Disruptor and Spyro the Dragon to the giant it is today. Moving back to a smaller team made things feel like the old days. 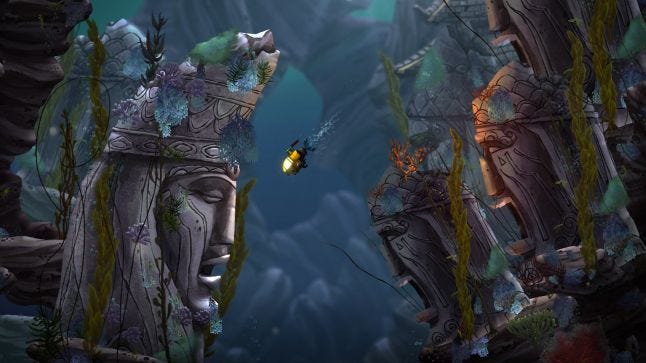 "The vibe on the team was pretty similar to what it was back then on Spyro – we were excited to be making an undiscovered world filled with secrets and surprising interactivity," he says. "And at the same time there were a lot of new challenges in just figuring out basic core mechanics and gameplay fundamentals. In an underwater game, where gravity is low and jumping doesn’t exist at all, what are the building blocks of traversal and combat?"

A smaller team meant a closer group of people sharing in the excitement, but it would also mean that only a handful of people would be on hand to work toward solving the game's problems. "The roles were less specialized, so people sometimes had to cover multiple disciplines that normally would be spread between different departments on bigger teams." says Hastings.

"I think there was a certain giddy nervousness that came from being on a small team. It’s a mix of excitement and terror. You’re really passionate about what you’re creating, and at the same time you’re constantly running into problems where you’re not sure how you’re going to solve them."

Ingenuity and creativity would become important traits for members of the small team. Developers would be required to find solutions to problems they hadn't faced before, meaning learning new skills or finding creative workarounds to solve issues. Resilience in the face of problems would be key. 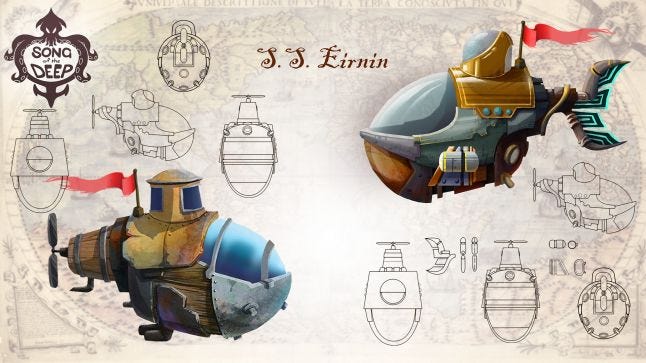 "In the first year of programming on Disruptor, I remember having that feeling almost every day – facing some new and unexpected technical hurdle that could doom the project. Song of the Deep had a fair number of those kind of moments, but our programming team pulled off some pretty amazing solutions to find ways to make it all work."

The company has long been exploring smaller titles as experiments and learning experiences, like Facebook MMO Outernauts and VR game Edge of Nowhere. "I think constant experimentation is what keeps us creative and forces us to innovate." says Hastings. A larger team may pass a problem off to someone specific who can solve it. There's no imposed need to innovate. A problem can be solved by someone who has always dealt with that issue, likely doing so in the same way they always have. 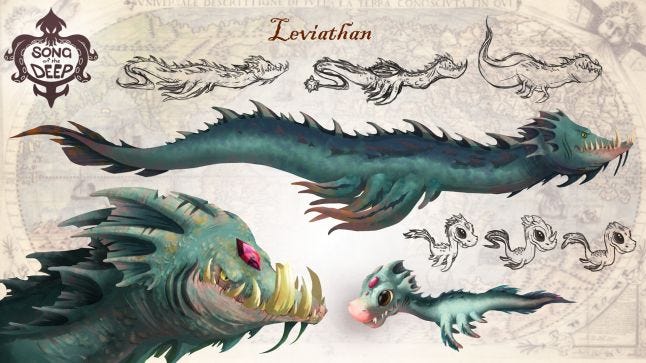 Having dedicated people for each possible problem can speed up these problems, but it doesn't force innovation and adaptation in the same way that desperation can. "The industry is going to keep changing every year and it’s important to keep evolving and learning new skills," says Hastings. "Even if we don’t have a billion dollar hit mobile game, the experience of working in that space gives us broader perspective and helps us to approach design problems from new angles."

Working on smaller projects with tiny teams takes developers out of their comfortable areas and makes them be more fluid, finding solutions and trying out unique ideas. "It pushes us to think about games in a whole new way, and that brings new perspective and greater innovation to each game we do," says Hastings.