User experience research, wherever it occurs in the development process, is a strong tool developers can rely on to understand whether their creative ideas are actually going over well with players.

But UX isn't just about sanding the edges off your game's flow; it's also about understanding the different kinds of player interactions and when they actually represent a negative experience, or when a negative emotion may be an important step before a stronger, positive emotion.

Just as Fortnite: Battle Royale was building up steam this year, we sat down to chat with Epic Games lead UX researcher Ben Lewis-Evans, who not only works on the remarkably popular battle royale game, but also the Unreal Engine and other projects around Epic HQ.

If you're looking for some insight into how Epic Games designed and fine-tuned the Fortnite: Battle Royale experience, we've transcribed a few parts of our conversation for your convenience below.

Here are Ben Lewis-Evans' slides from his talk at GDC 2018.

Errors are a good thing

Lewis-Evans: In my past life when I was doing my PhD and working in the industry, I studied a lot of human factors psychology, which is the study of how people interact with technology. And part of that, there's a whole error dedicated to understanding why people make mistakes.

"We don't want players making errors where they feel bad, but we do want them to feel challenged, to make mistakes where appropriate."

I think games, and what makes working on user experiences in games [interesting] instead of traffic, where I used to work, is that errors are actually a good thing in games. We don't want players making errors where they feel bad, but we do want them to feel challenged, to make mistakes where appropriate.

Wawro: I know we're talking about video games here, our business, making 'em, selling 'em, that's great. But can you talk about, for a minute, how you worked in traffic? Because that fascinates me.

Lewis-Evans: Sure! Traffic psychology is a relatively old area of applied psychology now, and traffic deaths are a leading cause of death worldwide, especially for young people. So most companies and governments have traffic psychologists working for them and trying to understand how to reduce that, how to improve traffic safety, how to change accessibility, a lot of things like that. It's the area looking at why accidents happen and what could be done to prevent that. 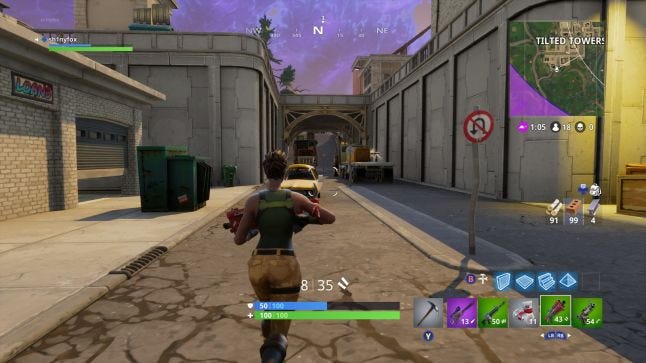 Wawro: It is a gray area that you have in games, that I presume you didn't have so much in traffic, where there is room, maybe not for frustrating failures, but for failures that lead to interesting experiences, or interesting options in games? How do you explore where you're trying to facility the player's experience in the game, but not necessarily tell them everything they need to know to have a safe experience.

Lewis-Evans: Yeah, that can often be a common misconception about user experience or usability work in games, that we're just there to make it easy for everybody. If we wanted to do that we could let you win every time, right? We could put you up against AI that stands there and lets you shoot, but that's no fun. In my career in games user research, I've certainly written "game is too easy" more than I've written "game is too hard," because it is important to find that balance, of enough challenge that is intended versus stuff that's just coming because something's the wrong color, or something is in a slightly off place in the UI that makes it difficult for players to see.

Francis: I'm curious, what have been some of your guiding principles in your work to try to make experiences that are good for your player but won't harm them in some way? And also, if you have any feelings about if certain systems in games rely on very pleasant-seeming things, like the treasure chest dimension. Those are obviously harmless in this mode, but the sound of an opening chest is what hooks into lootboxes, if you get my drift?

Lewis-Evans: For my perspective on that as a UX professional, the goal always should be to report back what the players are telling us. So if the players are telling us, or we're seeing as part of their behavior, that a certain approach to monetization or a certain way of dealing with a situation is something that is distressing to them, or is error-prone or deceptive, then we will report that. The practice of dark patterns, which is what it's called in UX, where you use user experience knowledge to encourage behavior that the player wouldn't necessarily want to do, is not something that I personally endorse or encourage. It's not something that you see as commonly in games as you see it in web, where it's incredibly common as part of UX design. But it's generally something that's talked about a lot in the UX industry, and typically talked about very disapprovingly within the circles that we move in.

Wawro: What I think about is Facebook and Instagram, and the way that those are specifically structured to give you a reason to keep interacting with them, even if they are not things that make you satisfied or happy.

Francis: Yeah, one of the nasty tricks I'm seeing on Facebook, people are putting fake hairs on their ads to make people brush away or click the ad.

What devs think about UX people

"A common thing that I get sometimes from developers is the perception that UX or usability work is about making things easier, smoothing off all the edges, holding people's hands, that kind of thing...but UX should never be proscriptive, it should always be an extra tool."

Lewis-Evans: A common thing that I get sometimes from developers is the perception that UX or usability work is about making things easier, smoothing off all the edges, holding people's hands, that kind of thing. And certainly that can be an outcome of UX, if that's what the developer intends. But UX should never be proscriptive, it should always be an extra tool. It has changed over time, but sometimes, when you tell a developer that you work in UX, it can be a reaction of, you're kind of the bad guy, who will come and hit them with sticks.

Francis: Do you hit people with sticks?

Lewis-Evans: Not generally. In fact, we do always make an effort, when we're reporting back to the developers with Epic, and in my relations with developers in general, is to always lead off and talk about what works well, that needs to be part of the development process. Often when people talk about UX publicly, they're only able to talk about bad UX, and things that went poorly. That's because bad UX stands out. But there this saying in usability, that you only notice it when it's gone. And we also need to be able to be calling out, "Hey, this is really good! This change worked! people are really getting this." That's another important of the position.

How players have changed based on research

Francis: You've been doing UX research for awhile, it's really cool that you get to be a lead at Epic. How do you feel players have changed over your career? Because you've been able to gather a lot of data from a lot of different subjects, and I'm curious what changes you've noticed in the people who've been playing your games.

Lewis-Evans: One of the interesting trends, I guess, that I've been noticing is that, at least in certain markets, there has been a move towards mobile gaming as more serious. Less viewed as casual or a negative thing to be doing?. Especially in the Asian markets, mobile can be very hardcore-type games. In fact a lot of games that a few years ago people said would never work on mobile have been successful in those markets.

I'm not 100 percent sure on this it could be linked to the work that Bungie did on Destiny, but it seems like there is more of a basic understanding of progression systems and RPG systems among the shooter crowd than there was before. For example, the colors in Fortnite that are out for the loot and Save The World are relatively standard across the industry for rarity. It's become relatively well-established through mobile and other games, but it can still be an issue for some new players to learn those colors. But it's a little better than it was. 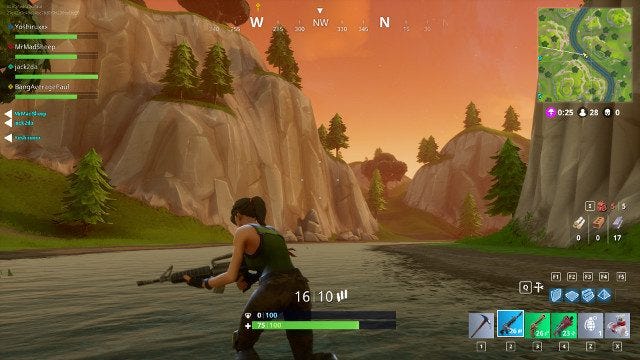 Francis: I was just thinking about this recently, about how there's a bunch of news about how Battle Royale is blowing up in a big way for Fortnite, where I was thinking that these kinds of systems, a few years ago, would have been anathema for this kind of first-person game. But there is also Monster Hunter World, which is traditionally a series that has been seen as overly complex and very intricate. It is huge, in part I think, because people have become more accustomed playing in 3D systems with a rich experience.

Lewis-Evans: Right, UX has moved forward on those systems. The folks at Bungie spent a long, long time trying to get Destiny to play for the Halo and the Call of Duty audience. In the very early days they weren't connecting at all.

This conversation was taken from a longer livestream with Lewis-Evans. You can watch the full video in its entirety here. Be sure to follow the Gamasutra Twitch channel for more developer interviews and editor roundtables.

GDC and Gamasutra are sibling organizations under UBM Americas.