How playing games can advance science

Citizen science games let players contribute to science. This first post presents many of the games people can play today to advance science. It also introduces topics I would love to discuss with game designers and developers.
Claire Baert
Blogger
September 18, 2017

This morning, like most days, I woke up early, had a latte, turned on my computer and opened Gamasutra. Like most days, I'm looking for articles discussing how games can help advance scientific research. But this morning, for the first time, I found the article I was waiting for. A blog post by Sande Chen, featured by Gamasutra, and [re]titled: Why designers should embrace 'citizen science' . This was the trigger for me to start this blog, to write about citizen science games and share my passion with the Gamasutra community. In this first post, I will introduce many of the citizen science games everyone can play to advance science, and briefly introduce the different topics I will cover in the next posts.

My story with citizen science games began in 2013, in a small game studio in the UK. I was researching free to play, casual browser games, and was doing a quick play through the tutorials. Between Farmerama and Grepolis, I had listed a game I had never heard of: Foldit. First surprise, it's a client game. Second surprise, I'm taught how to mutate a protein to form more hydrogen bonds, not that casual. Third surprise, I'm doing real science. (Fourth surprise, first thing I did when coming back home was downloading Foldit on my laptop.)

I quickly became fascinated with the concept of citizen science games and started searching more of them. Not any kind of serious games, but specifically games that allow us, players, to contribute to authentic scientific research, without any scientific background. Games in which we provide valuable scientific data, accelerate research by analysing data, or solve complex scientific problems. Games that help diagnosis and cure diseases or that can answer important scientific questions.

After learning how to fold proteins in Foldit, I learnt how to fold RNA molecules in EteRNA and DNA molecules in Phylo. By playing these puzzle games, we are helping eradicate diseases. On my phone, I shoot at parasites in MalariaSpot to diagnose malaria in blood smear, I'm growing a microbe colony for Colony B. I'm mapping the brain in Eyewire and Mozak, advancing the field of neuroscience. I also dared join the quantum computing field, moving quantum atoms in Quantum Moves, optimising quantum algorithms in the prototype of meQuanics and solving quantum error corrections in Decodoku. All these steps are important to build quantum computers. Recently I've been showing off my navigation skills (ahem) in Sea Hero Quest, (and in VR!), to provide data to scientists researching dementia. With almost 3 million players, Sea Hero Quest is the largest dementia study in history. 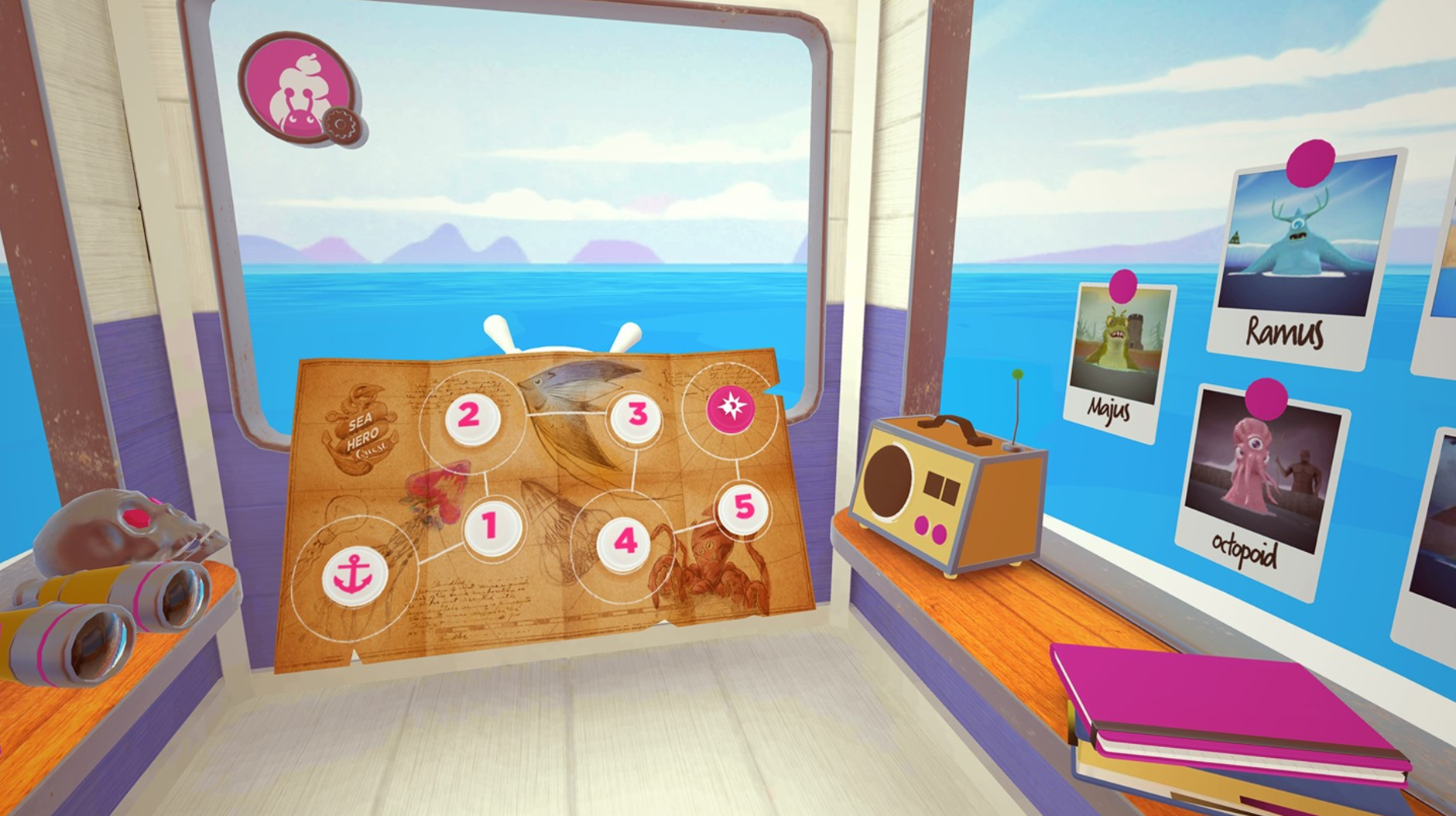 I loved the concept of citizen science games so much that about 2 years ago, I launched a website dedicated to them. It's called… well… Citizen Science Games. For the content, I contacted many scientists and journalists, which led to the opportunity to join one of the team. I am now bringing my experience from the game industry to Stall Catchers, in which we annotate blood vessels to help answering questions about Alzheimer's disease.

Scientists have started harnessing our love for games to conduct scientific research, sometimes on their own, sometimes with game designers and developers. As Sande Chen reported in her post, they have been using different design approaches: integration, gamification and separation. Most of the games mentioned above are examples of integration. The gameplay was designed around a scientific problem. Stall Catchers uses game elements: we get points, accuracy feedback, climb leader boards and participate in punctual competitions. To illustrate the separation approach, I will use the example of EVE Online. EVE Online is the first (and only) mainstream games that integrated real citizen science activities, Project Discovery, to the game. We are looking for exoplanets by analysing luminosity measurements of stars. By reaching more than one million contributions in one day, Project Discovery became one of the most successful online citizen science project. This is also one of the rare citizen science game having a few articles on Gamasutra, which recently covered the launch of the second round of Project Discovery and an awesome GDC talk by CCP and MMOS. 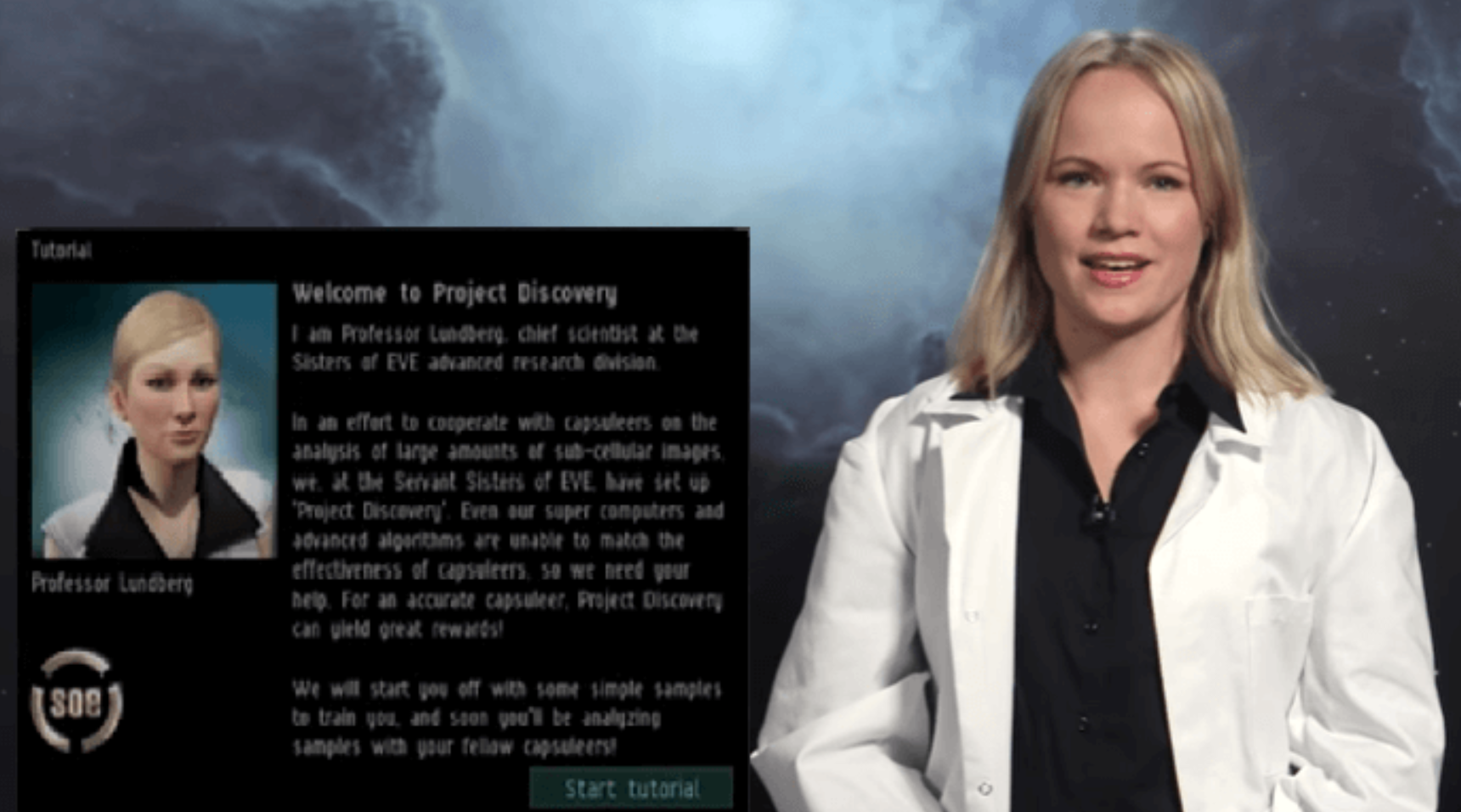 There is an increasing number of citizen science games. They generate tangible results and publications and can lead to important discoveries. Scientists write about design, mechanics, difficulties, pitfalls, discoveries, results, recommendations. They try to understand what motivates people to engage with these games. There is also some controversies. Do games attract or retain participants in citizen science project? Shall citizen science be gamified? Are games compatible with serious and rigorous traditional scientific research?  All these questions find some answers in papers and will be discussed in future posts.

How could more studios embrace the concept? What scientific problems could be brought to existing games? What game genre would be best fitted for citizen science projects? What would be the best ways to integrate them? By starting this blog, I'm hoping to raise awareness about citizen science games. I'm also hoping to establish contact and start discussions with designers and developers interested in the genre.

And finally, I'm a big fan of this quote so I have to share it. It was written by Dara Mohammadi who was a scientific adviser on Sea Hero Quest:


"As a planet we spend 3 billion hours a week playing online games. If even a fraction of that time can be harnessed for science, laboratories around the world would have access to some rather impressive cognitive machinery."