How Firewatch hearkens back to relationships on the early internet

The human interaction in Firewatch draws the particulars of non-physical, virtual social interaction into sharp relief. It almost seems to use the chatrooms of old as a guiding metaphor.
Game Developer
Staff
February 22, 2016

You have been warned.

As I played through the final moments of Firewatch something strange occurred to me: it was the first time I was seeing another human being fully rendered in the game environment. The firefighter with their hand stretched out from the rescue helicopter, beckoning me towards the end credits. It felt appropriate: another face, even if it was masked, at long last welcoming Henry back into the world of the living, his months of exile at an end.

It’s not escaped the notice of any reviewer that the game is an extended meditation on solitude--if not quite loneliness, due to the dialogue between Henry and Delilah that spinally supports the game. That dialogue points up the subtle but significant difference between solitude and loneliness, and hints at a feature of Firewatch less frequently discussed.

"Firewatch draws the particulars of non-physical, virtual social interaction into sharp relief. Its whole social environment almost seems to use the chatrooms of old as a guiding metaphor."

Henry is never truly alone, after all; from Delilah’s voice to the haunting specter of the game’s antagonist and the parasitic sense of being watched that dogs you throughout much of the game, Henry is very much not free of human contact and interaction. But the nature of it is very, very different than the straightforward dialogues most of us have in our day-to-day lives. Firewatch draws the particulars of non-physical, virtual social interaction into sharp relief.

Its whole social environment almost seems to use the chatrooms of old as a guiding metaphor.

In my salad days I had a common experience for many of my generation. I spoke with and played games with people that I only knew through the Internet; the overwhelming majority of them were just text on a screen, whether in an MMO chatbox or an AIM window. On rare occasion perhaps a shared photo would provide some hint of their life in their slice of the physical world, or I’d hear their voice in Ventrillo; this is the experience that Starmaid Games’ Cibele captures with such remorseless perfection.

Being the kind of dork who describes her younger years as “salad days” you can imagine I had few friends in the physical world; my parents and relatives scorned my preference for my online friends, saying they weren’t “real” and rhapsodizing about the merits of peers whose hands I could shake. 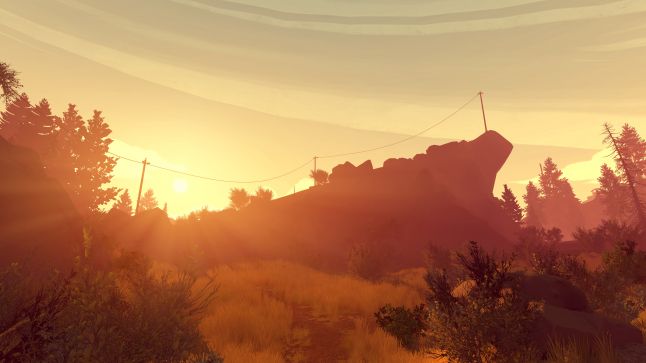 Far be it from me to disdain the physical, of course, but there was something to the way online interaction distilled socializing into a purer form. One that gave me mentors, teachers, lifelong friends, and even lovers. Where my elders contended that “internet people” weren’t real, I learned the exact opposite: they were as real and consequential as a human being sat in front of me.

Cibele takes on the online dimension of this phenomenon forthrightly, but Firewatch abstracts it away from even the mediating force of the Internet, instead exploring all the other ways we can have ineffable but meaningful contact with human life.

"The game nevertheless teaches you that physical contact is not the sine qua non of meaningful experience with another human being."

The obvious example of Delilah stands out. Both she and Henry develop a powerful lifeline of a relationship that even, it is strongly implied, indulges in something like phonesex at one point. There is an abiding intimacy, respect, and flawed humanity shared between these two people who’ve never so much as met face to face. Even at the game’s end, you have no sense of what Delilah looks like; meanwhile her only impression of Henry is a comically cute drawing of him that she made based on the man’s scant description of himself over the radio.

What struck me throughout the game is that you never see another person up close. Your stalker is a shadowy man on a distant ledge with a flashlight, the two rambunctious campers are shadows off in a lake drenched by the setting sun, Delilah’s tower is barely visible, never mind the woman herself.

But the game nevertheless teaches you that physical contact is not the sine qua non of meaningful experience with another human being. In this way, the environmental storytelling of games like Gone Home, where a core mechanic involves rifling through the odds and ends of someone else’s life to learn their history, takes on greater significance here.

Gone Home takes place over the course of an evening, with no lasting implication of extended loneliness or solitude on Kaitlin Greenbriar’s part. In the case of Henry, this world of abandoned camps, crackling voices on the radio, and shadowy figures is his social world for 79 days straight. It’s recontextualized as being Henry’s daily life rather than just a moment in time, which makes it all the more impactful, whether it’s when Henry’s at the research tent, Ned’s cave, or the desiccated encampment of the litterbugs. The detritus of life eked out in the woods becomes an act of communication.

You see that most clearly in the notes sprinkled throughout the park’s supply caches, an old correspondence between two of Henry’s predecessors, redolent of IRC chat pinging back and forth. It’s oddly hopeful; meaningful social life didn’t demand face-to-face contact, and sometimes it allowed you to share and be more.

The frisson of Delilah and Henry’s relationship relies on that context of solitude and distance, after all.

Over the course of the game you realize that Delilah never expected to actually meet Henry and that shaped the context of their interactions greatly; all of their intimacy was akin to the way we anonymously flirt online or overshare with strangers we think we’ll never meet or see again. Contact without consequence, sating a need with none of the mess. 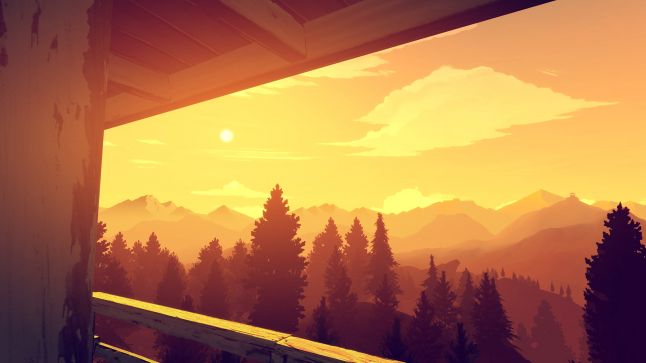 In this way, Firewatch grants Delilah a certain agency. She is not devoted to the player’s character, not a reward for them, even as she has been Henry’s emotional lifeline throughout the game. Their relationship is real and profoundly important to the both of them, but Delilah’s needs differed from Henry’s in the end.

It does something slightly magical for the player as well; by not giving her a rendered or even sketched appearance in game, she can look like whatever we wish her to be. Perhaps she’s a woman of color, perhaps she wasn’t conventionally attractive, and then it hits you that not knowing these features about her took nothing away from the resonance of her character. She changed Henry’s life.

Perhaps the quietest beauty of Firewatch is that Henry ran into the woods to get away from it all, but failed.