How Fundbetter devs stretch the boundaries of story-driven games

We sat down with the developers funded by Failbetter Games' Fundbetter program for their thoughts on what it takes to create strong interactive fiction.
Bryant Francis
Senior Editor
July 20, 2016

The recent dual announcements of the Fundbetter initiative and the Interactive Fiction Technology Institute have been a boon for the IF community. The former adds funding opportunities for game writers, and the latter promises extended support for game creation tools like Twine.

It would seem a market is definitely opening up for low-cost, wordplay-driven games.

Since the recipients of the first wave of Fundbetter backing cover a wide range of genres for different platforms (including a tabletop game), we reached out to some of these developers to talk about getting vetted through Fundbetter, and their thoughts on crafting interactive fiction.

Why interactive fiction at all?

The first striking element of speaking to Fundbetter developers is that many of them don’t come from traditional game development circles. Nate Crowley is an author and business journalist who caught Failbetter’s attention after doing a Twitter fiction project called Daniel Barker’s Birthday, and Andre Suffolk is also a musician who performs electronic music under the name Hoofus.

Meanwhile, the Games by Play Date team has been making  board games for some time, and developer Bruno Dias only entered interactive fiction development over a year ago. Universal Happymaker also received funding for Astronaut: The Best, but wasn't able to respond for this piece.

Those pedigrees may not sound like the odds-on first picks for a round of funding from a pedigreed game publisher, but as Crowley says, the Failbetter staff were looking for unique writers as much as they were looking for interactive designers, and they were willing to gamble on people like him who’d never made a game before.

Crowley’s own game, Big Mike Lunchtime’s Business Training ’95, is a comedy game entwined with existential horror meant to riff on his “unpleasant, often incomprehensible” experience in the business world. “People in business start behaving, talking and acting in really odd ways, because they have this cargo cult belief it will make them ‘Better At Business.’” 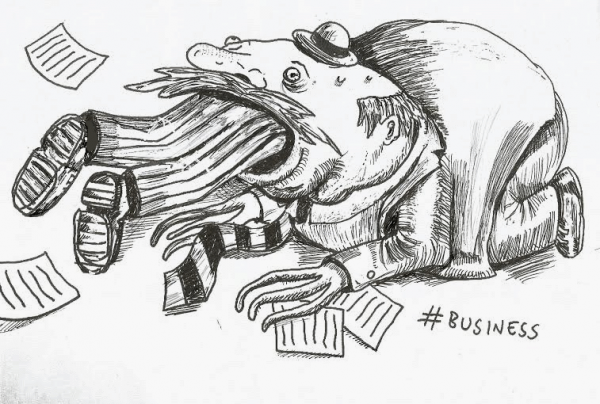 ‘A game was the perfect format for exploring this," says Crowley. "It’s a great vehicle for showing how tiny, incremental choices are all that stands between a totally normal, pleasant human and a jargon-spewing brute.” 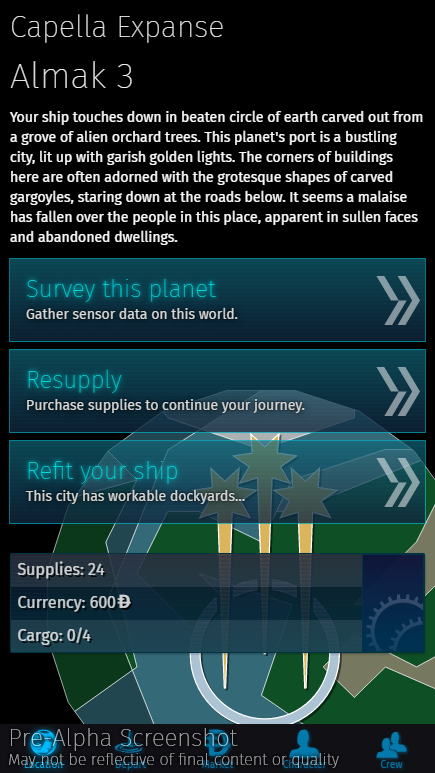 Dias’ Voyageur [right] was inspired by the work of prolific interactive fiction author Emily Short. He sought to create the interactive procedural travelogue Voyageur, and cites the game’s science fiction setting as a means of telling procedural fiction that varies on each playthrough.

Meanwhile Bosman, who again has that music background, wanted to invoke audio design alongside player interaction of words and text in the Americana-themed The Edgelands. “I’m very interested in having the sound and music make a big contribution to the feel of the game, changing and being influenced by the various interactions and dialogue choices the player makes,” he says.

Games by Play Date’s Glenn Given comes at the genre from an entirely different angle, as his game Hearts Blazing is a tabletop card game that aims to have players physically act and out and describe their own trope-y stories instead of navigating through one he wrote.

“One of the things with Hearts Blazing that we really enjoyed was that it's like recapping a TV show or recapping the experience of another person," he says. "Like at a party or around the water cooler, you can get superhyped recounting a story, like 'oh man, and they drove the spaceship into the sun, and it blew up, and the zombies were like RAARGH!'”

“That kind of off-the-rails manic storytelling is usually full of trope-y cliched nonsense, but it  gets you energized just to talk about it,”says Given.


Fundbetter's first picks are a suite of story-driven games that don’t necessary reflect what people think of in story-driven gameplay. Despite the continuing popularity of games like The Witcher 3 or the Telltale games, there may be a huge opportunity of growth for developers looking to carve out their own unique niche.

Tips on making your own interactive fiction

“Most great interactive fiction is really good at fitting prose to interaction,” Dias says. “You have a lot of freedom to define a world that wraps well around the mechanics and interaction that you’re presenting, up to and including surreal settings that wouldn’t make visual sense.”

Dias’ argument is ultimately one of pushing your boundaries to create word-driven game spaces that might not be possible for a normal art team or studio to create.

Crowley, meanwhile, says interactive fiction design is an opportunity for writers to make everything feel like a dilemma, and that blocking paths will nail players to the moment and keep them immersed. “I’m aware that the illusion of choice is a standard tool in the genre, but a game still needs to respect players’ intelligence, and sometimes the way to do that is to be a bit brutal.”

“One bit of advice I picked up from Failbetter is that if you’re going to offer the player a series of choices, don’t package their feelings and motivations in with the options - that bit of the story, they write themselves!” 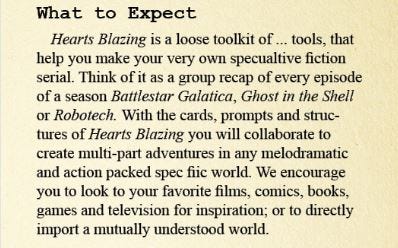 If you’re looking to follow in Games by Playdate’s footsteps for creating a tabletop-driven fiction experience, Given says borrowing from improv and LARPing is a good starting point for driving your design. “The primary advantage of physical games in storytelling is you get immediate feedback from the people you’re working with," he claims. "When I think of story games, I’m coming at it from the analog side, which is much more [tabletop] RPG, theater and LARP-based.”

As Given explains, his own theater background has informed his own sensibilities as a designer, and says that there’s power in letting players simulate what you feel as a storyteller.

And lastly, Bosman says if you’re working on your own bit of interactive fiction, pay close attention to your words and what they can do on their own to build a game’s mood. “It’s very possible to be very evocative with just words alone, and I think it is better to do what fits with the way you want your game to feel and the components you are interested in working with.”

As a last note, Failbetter Games was planning to announce details on applying for the next wave of Fundbetter funding this Fall, so some of this advice may help if you’re planning to pitch your own interactive fiction game.