Why the traditional model is bad, and why the trend is changing
Ben Chong
Blogger
January 29, 2015 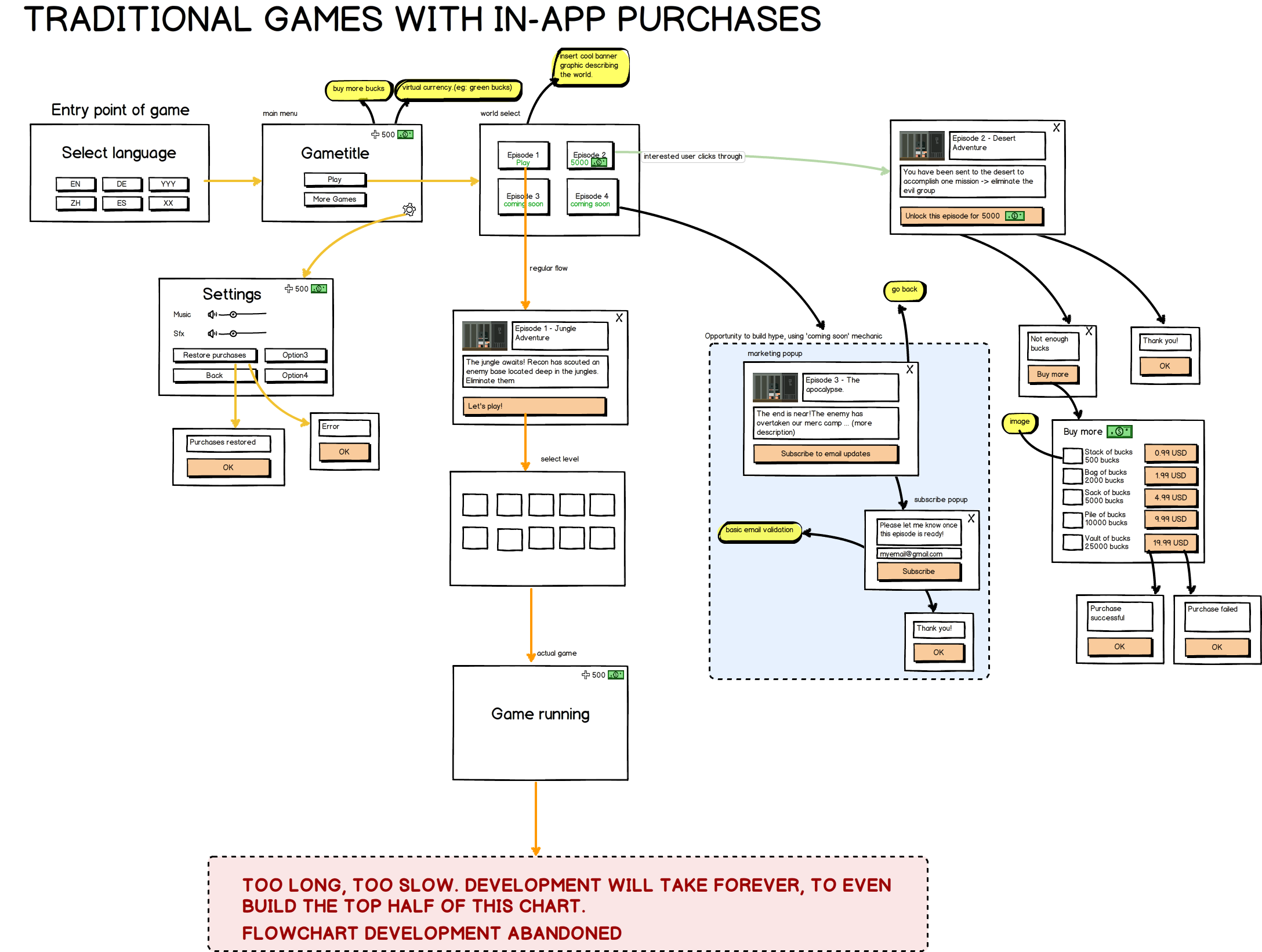 Traditional freemium games have always relied on building a ton of obstacles, that users have to wade through, either via the proverbial 'grind' (free), or through paying with real-world money. It's almost comical how business teams are created within game companies, whose role is to think of ways to actually interrupt users gaming patterns, in order to sell them digital goods. The business teams would come up with a variety of different flows and funnels, test how each funnel would perform, and then optimize on that positive funnel even more by conducting split testing.

While I'm all for analyzing user behavior in games, I believe the trend is shifting towards a more direct approach to monetization. I believe players are now much more aware of spending, and gravitate their spending towards games that can provide them the best value, with least friction. They don't need business teams to guide them through a funnel, in order to get their dimes.

The old model of freemium games have always been about the chart above. I'm seeing newcomer game teams come up with entirely weird and effective flows, which take the user out of their mind-numbing zombie flow, and delivering the punchline to the games almost immediately.

I predict 2015 will bring forth more creativity from smaller game teams, because they're able to innovate faster and try new ideas with much lower cost.

Part 2 of my blog post shall include more details on this.