2019's almost done! It's the last year that the Xbox One and PS4 will be referred to as "current generation" hardware, leaving us with a year of studios shipping some really incredible games that get to stand out while some heavy hitters wait in the wings, prepping their biggest, most demanding games for next year.

As always the GDC Twitch channel gives me a chance to try out a lot of titles that would have otherwise escaped my notice, so when thinking about my top games this year, I also thought about my conversations with many of the developers who made them.

Though not all of these games were ones we streamed, they all stand out as incredible titles that define the trends we saw in 2019. Have a look! 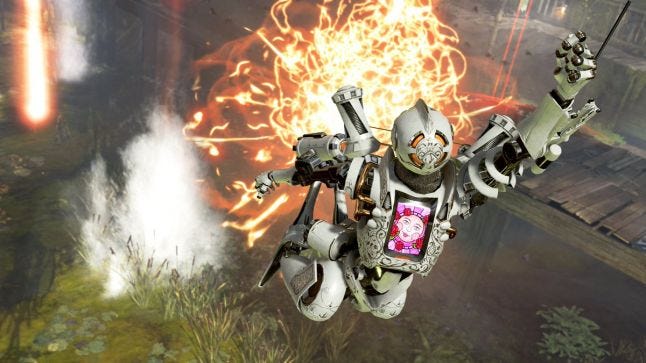 Apex Legends is the free-flowing, fast-paced shooter that took aim right at my happy place this year. I did not know that I could love the battle royale format again after my time with PlayerUnknown's Battlegrounds ended, but Respawn Entertainment found everything that was good with PUBG and doubled down when making ApeLegs.

The game's mix of champions with unique abilities and huge maps with ample room for high-velocity shootouts already help it stand out before you even start talking about the oh-so-finely-tuned firearms. It's an incredible engine for player-driven encounters that leaves you with stories to tell even if you fail to claim victory. Fortnite may reign supreme, but I'm happy Apex Legends gets to live alongside it as a sci-fi battle royale spectacular. 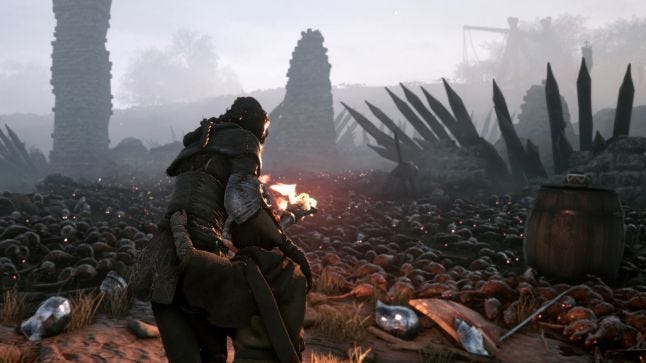 Asobo Studio took a big gamble on an original game this year with the release of A Plague Tale: Innocence, a game that seemed as impossible to describe as it was compelling to play. It's a teen adventure set during the ravages of a fictional medieval plague that manages to borrow all the right gameplay tools from Naughty Dog's toolbox while building its own identity as a stealth-driven story. By the end of the game, its "rat logic" is so second-nature that when you finally get to turn the rats on the Inquisition, you feel you know these creatures as friends even though they've tried to kill you the whole game. 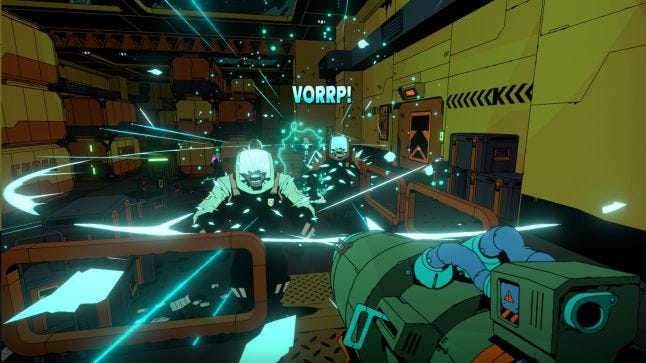 Blue Manchu's Void Bastards is systemic chaos finely bottled in game form. The descending layers of system-driven shooter gameplay on display here are maddening to comprehend. It's as if you were playing BioShock except as if you were in front of a slot machine, and every time a different level popped out you still felt you'd won. The traits that define the player character, the traits that design the ships, all interweave in a beautiful mess of randomness and Cockney gibberish to leave you giggling and compelled to crack open just one more ship. 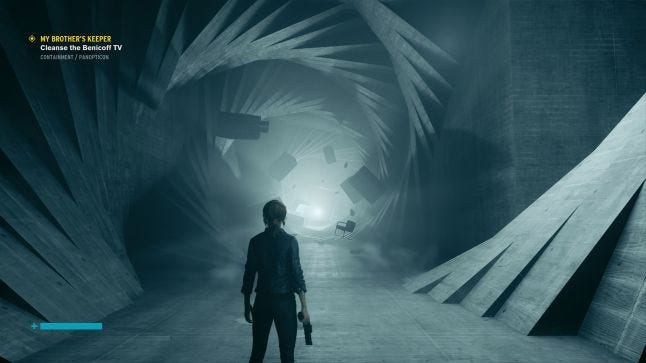 Remedy's Control isn't just an incredible testament to the New Weird, it's video game validation for lovers of the unknown, the haunting, and the unsettling images that hang out at the corner of your vision. "You were right," Control tells you, "there were monsters under the bed. There is a conspiracy at work. All of it is real, and now it is your domain." Control's beautiful aesthetic and whip-snap-boom gameplay make you feel like an avenging angel cutting through a pencil-pushing beaurecratic world, pushed along by a well-crafted narrative that celebrates not only the horror of an otherworldy invasion but the delight of uncovering the cover-up of that invasion too. 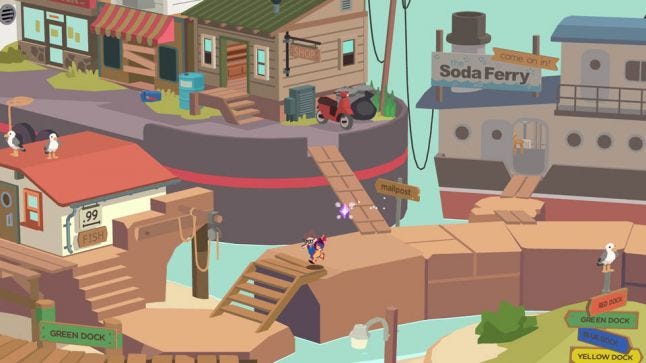 Apple Arcade became the subscription-based game model that promised to restore order to an App Store overwhelmed by free-to-play timesinks. And it did! Sirvo Studio's Guildlings is just one of the many weird experiments that would struggle to stand out if it weren't for Apple's work making a curated garden, and it stands out in particular for being such a great translation of the classic RPG format to a mobile device. Its battles are short and snappy, its modern-setting-meets-fantasy-world premise is delightful and relaxing, and it's a perfect game to poke at while falling asleep. It's only shipped its "first episode" but I absolutely can't wait for what comes next from Sirvo.

Respawn Entertainment is here, again! After kicking off the year with a surprise announce-and-release for Apex Legends, they took more time to properly cook the best single-player Star Wars experience we've had in ages. Star Wars Jedi: Fallen Order is a surprisingly robust adventure that revisits the tragedy of Order 66, following a group of characters coping with the massacre of the Jedi and struggling to survive in a terrifying new world. Respawn shows their chops not only at strong level design but also their ability to carry the long-held tradition of reskinning Star Wars onto other game genres--in this case, a Dark Souls-like with a touch of Metroid influence that makes every nook and cranny worth exploring. 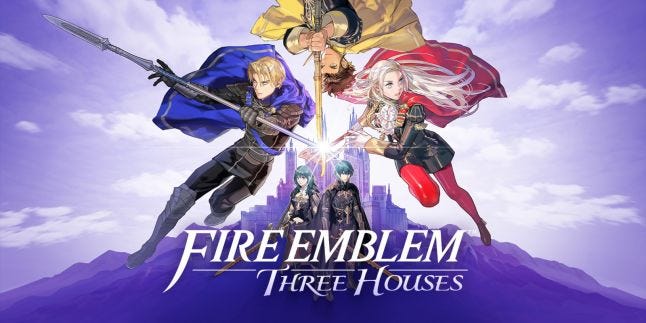 I can't stop playing Fire Emblem Three Houses. After agonizing over which house I'd lead into battle and investing over 40 hours into one campaign, I immediately started a second run because this game is just so rewardingly playable. By tweaking its narrative formula to utilize a fictional academy setting and giving players a choice over which faction they'd like to align with, Intelligent Systems has made a blockbuster strategy game that constantly delivers new strategy scenarios for players to unpack. By the time I'm finally done playing Three Houses, they'll probably have announced the next one. 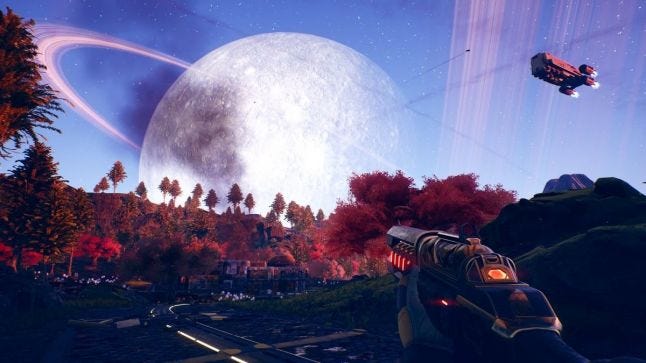 Obsidian's return to the world of first-person, choice-driven RPGs is a welcome one. Not only have they returned to the fold with a fantastically deep RPG with a clear point of view and setting that informs every single character you encounter and creates surprises around every turn, they've made a game that's actually really funny! Every time the game rewards "player choice" it does so by leaning into the unexpected and the surprising at every turn. The characters are great, the worlds are beautiful, and it's the right mix of cynicism and anarchy for a corporatized future that doesn't feel too far from our own. 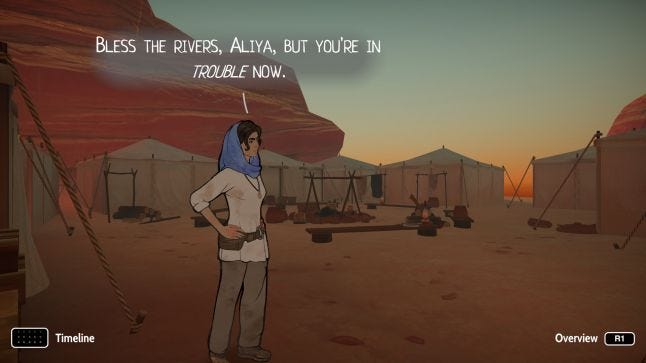 It's one thing to reward player choice with unexpected outcomes, it's another to effortlessly respond to player choices while teaching them an entire language. While most choice-driven games feel like choosing an alternate set of doors, inkle's Heaven's Vault feels like a trip down its own interplanetary river. It's a fantastic experiment for what can be done with evolving narrative and deserves to be held up as a high-water mark for commercially released experimental work that will inspire developers for years to come. 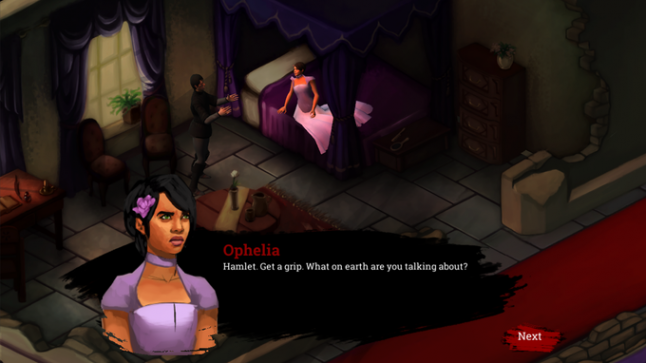 Video games have been slow to touch the work of Shakespeare in part because it's almost the opposite of what the target audience wants. But the team at Golden Glitch Studios went ahead anyway and not only adapted the tragedy of Hamlet into video game form with Elsinore, but broke it down, created a motivation-driven system for all of its principal characters, and created a Hamlet remix simulator that lets players take the Bard's tragedy well off the rails and into the world of pirates, spies, and other fanciful tangents. The timeline feature is inspiring, re-centering Ophelia as the lead is an incredible choice, and even as its developers move on to other projects, the work they've done here should be celebrated experimenting with the edge cases of what can be done in games narrative.