Christian Nutt shares his top 5 games for 2015 -- and games big and small make the cut. What holds them together? An attention to exploring existing game designs in new ways.
Christian Nutt
Blogger
December 15, 2015

Blog director Christian Nutt continues the Top 5 trend with his entry -- and if you want more, make sure to check out editor-in-chief Kris Graft's picks.

I should preface this by saying, of course, I haven't been able to get to all of the games I want to. I've spent the last few months with my nose buried in a 3DS, and I don't regret it one bit, however.

2015 was a year where I wasn't particularly looking forward to much -- all year, nothing more than a sprinkling of cautious optimism from me -- but somehow find myself happier than I've been with what I'm playing in longer than I care to acknowledge. Lately, I'm having a blast.

The fact of the matter is that we're living not just through an explosion of games -- everyone acknowledges this -- but also an era where it seems developers are taking the time to hone and refine their ideas, at least based on the evidence of what I've selected below.

Each game, including the honorable mentions which I can never resist slipping in, shows a real commitment to making games great by truly understanding what makes them tick. Each not only represents its genre; it interrogates it, and figures out the answers to hard questions about what makes it work, and then carefully reconstructs it in a novel way. From where I'm standing right now, that seems to me to be the answer to how to make games that truly stand out.

The Legend of Legacy by FuRyu
Publisher: Atlus

I have nothing but nice things to say about The Legend of Legacy, which puts me at odds with pretty much the whole of the internet, as far as I can tell. But, look: There's something to be said, in fact, for games that don't work for the majority.

This game is carefully designed to accomplish what it does, and in those bounds, it works beautifully. The Legend of Legacy is, to my mind, widely misunderstood. 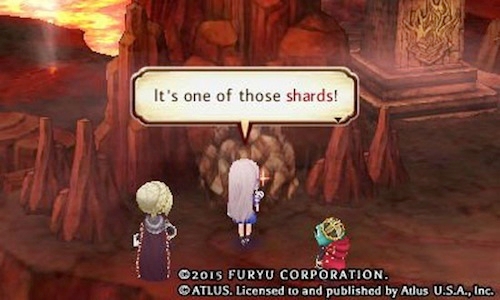 It's not meant to tell a story, as most seem to assume is the JRPG genre's primary appeal; it's meant to offer you meaty and even confusing gameplay that harks back to an era when the genre was evolving rapidly in a variety of directions and experiences. It reminds me nothing so much as picking up games for the Sega Genesis or the original PlayStation and slotting them in with the understanding that it was my job to figure out what they were all about.

That's not to say the game is a total throwback; it's very polished and offers small but important tweak that make it much less of a chore than its spiritual predecessors. That the visuals and soundtrack are among the most pleasant in the genre doesn't hurt. But what keeps me coming back is the addictive challenge and the uncertainty that is the hallmark of a game that isn't afraid to be dangerous to players, despite the fact that this became unfashionable two console generations ago.

My love for the exuberant Splatoon remains undiminished months after its debut. The game's style and personality are top-tier -- there was no question about whether or not to buy the game's Japan-only art book as soon as I found it. I just did. 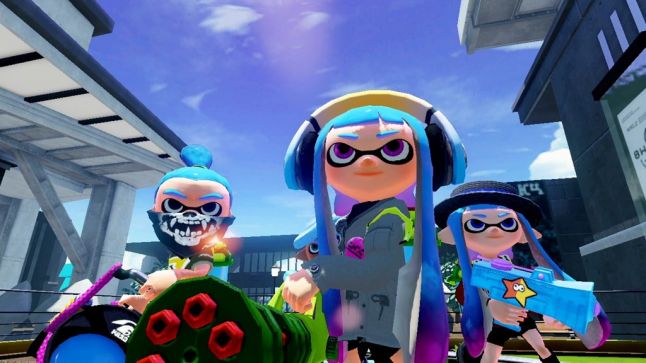 And that sparkling personality isn't just surface sheen; Splatoon turns the shooter genre on its head and makes it welcoming both from a play perspective (this is a Nintendo game, through and through -- with all of the wonderful game-feel and polish that the company brings to bear in its best efforts) and the fact that restricted online communications are a benefit, not a detriment, to the gameplay experience. This is managed by a careful attention to small details of design and UI.

The game is both a much-needed injection of color and outsider perspective into a genre that desperately needs it and, thanks to the fact that this is a new IP from a young team, innovation and a new way of thinking into a company that needs it. That's a major achievement for any game.

My love of 2013's SteamWorld Dig is well established, but I was as skeptical as anybody that the right way to follow up on a subterranean sidescroller was with a strategy game featuring real-time shooting on randomly-generated spaceships.

Well, I was wrong to doubt. This game is just as addictive, polished, and clever as its cousin. (I can't call them "siblings" because their DNA really is not that close.) What is clear, however, is that developer Image & Form's strengths are consistent from genre to genre, which is very nearly astounding; developers specialize because switching to new design modalities isn't trivial work. 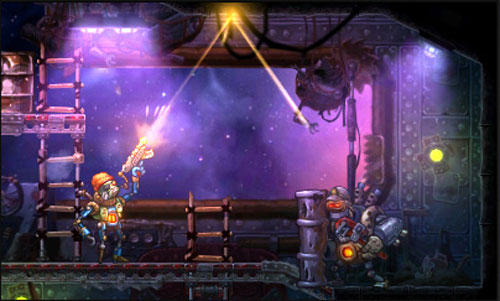 This is the kind of game where my first play session ended up being five hours long. I simply don't do that anymore. It's scarcely possible. Yet here we are. This game delivers that one-more-map itch directly to the brain, but it offers a richness in tactics and character abilities and progression that makes succumbing to the temptation truly satisfying.

That carefully crafted design was what made Dig work so well, so maybe it's not a shock, in the end, that it's on display here. So, too, is the developer's signature aesthetic sensibility, which is so distinct from anything you might compare this game to, and results in a world of play that's simply a pleasure to get lost in.

What's left to say about this game? What probably leaves the biggest impression on me is that it is exactly what it ought to be. How often can you say that? 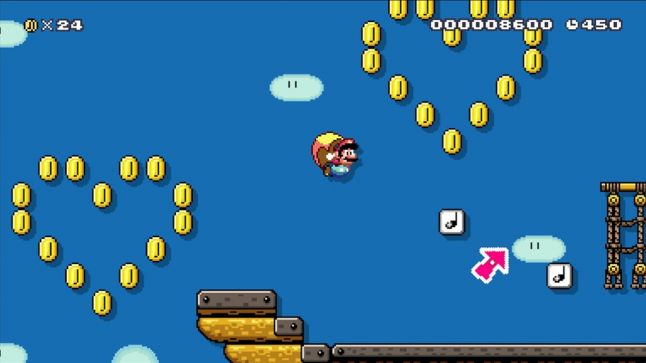 The developers carefully considered what is essential to the franchise -- and I don't just mean that in terms of, say, gameplay mechanics or popular characters. The question was to fundamentally identify what was key to Mario and then make it accessible to an audience who'd not be playing it, but building with it. That's a crucial distinction.

Not since I was a kid was I able to so deeply enjoy building my own levels in a game -- and that's because of the allure of Mario and the excellence of the toolset working hand-in-hand to provide the best possible platform for your personal platformer.

Few games have the naked ambition of Xenoblade Chronicles X, and fewer still live up to that ambition. It's clear that the developers at Monolith Soft wanted to create a foundational title in the open-world JRPG genre -- a game that people could point to and say "they did it."

But just as crucially important was making a game that could exceed the boundaries placed around that genre -- to burst open a narrow view of what a game like this could be and let it stand on the world stage. 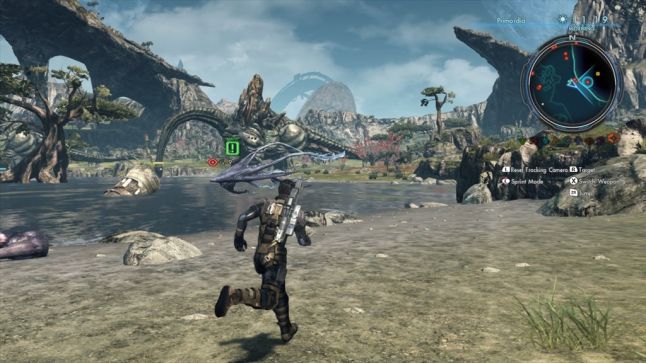 Most important, of course, is that it works -- not as a statement of purpose, but as a game. The world of Xenoblade Chronicles X begs to be explored, so lush and large in scope it is. There's never a moment where you'll be at a loss for something to do. And the narrative, while uncharacteristically simple for the genre, is all the more effective for sticking to humanity's struggle against hostile aliens in an unfamiliar environment. All pieces meshe together into a whole, and that's the game's real strength: Its scope is enormous yet it all, somehow, coheres.

Honorable mentions: Following last year's Fantasy Life, Yo-Kai Watch further proves Level-5 is the master of the open-world portable RPG, and the franchise deserves the success it's found; Spry Fox's Alphabear enticed me back to iOS with the simple pleasures of its mobile word game; Jamestown+, from Final Form Games, is simply the best couch co-op game of the year, and its mechanics revive the shoot 'em up genre; Toby Fox's Undertale is full of heart and is also the kick in the pants the hidebound indie JRPG genre badly needs.