Forza Horizon 5 will include sign language support for cutscenes

The Microsoft-owned studio explained ASL and BSL support will arrive shortly after launch, granting the ability to enable a sign language interpreter for all of the game's cutscenes.

Players will be able to toggle the feature on and off as required. When enabled, it will result in an ASL or BSL interpreter appearing picture-in-picture at the bottom right of the screen during cinematics (as shown below).

For those wondering why it's important to support both subtitles and sign language, the latter can be used to convey more nuance than the written word, allowing those with hearing impairments to enjoy a richer experience with more personality and depth.

According to UK organisation British Sign, around 145,000 people in the UK alone listed BSL as their preferred language at the start of the last decade, although it was only recognised by the UK government as an official minority language in 2003.

Forza Horizon 5 will also include a range of other accessibility features including customizable menu and gameplay font sizes, a color blindness mode that makes it easier to visualize certain game elements, a screen reader narrator, text-to-speech and speech-to-text options, the ability to disable moving backgrounds, and customizable subtitles. 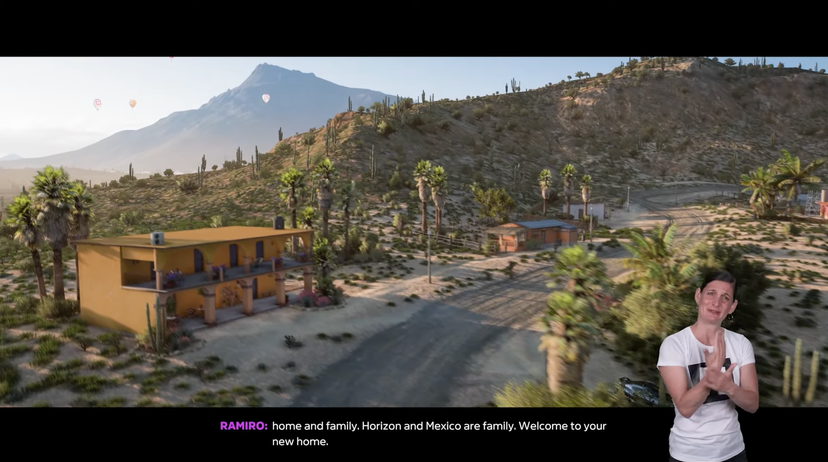 ConsolePC
Get daily news, dev blogs, and stories from Game Developer straight to your inbox
Subscribe