Forget all the comparisons to cinema--games are more like operas

'Every time I see an opera I cannot help but think of video games, for they too necessarily combine many art forms'
Game Developer
Staff
November 23, 2015

One of the better known ideas of the German composer Richard Wagner is his vision of Gesamtkunstwerk--the “total work of art,” which his operas were meant to be. A perfect fusion of artistic forms across a wide range of disciplines, from singing, to orchestral music, to dance, to stagecraft, to acting, it was all meant to hearken back to that other great pinnacle of Western art: Greek tragedy, which also freely mixed the arts into a distinctive brew.

What strikes me about this notion is how fully it describes videogames as well; most games, especially these days, must blend together several artistic disciplines. Many games stand out for their excellence in visual art, voice acting, and composition--those that excel at more than one of those are often instant classics.

But what does it truly mean to be a “total work of art?” Is it even desirable? What is the point of bothering to try achieving a concept developed by an infamously megalomaniacal and bigoted German composer?

For one, I think it helps us understand the roles of particular game mechanics and styles, and to better explain what it is that certain indie or “art games” are doing that is so compelling to some players. In order to get there, we have to better understand just what Wagner was on about.

British philosopher Bryan Magee, one of the finest Wagner interpreters of our time, explains the composer’s approach to opera (or as Wagner preferred to think of it, “music drama”) thusly:


“Music drama… would be about the insides of the characters. It would be concerned with their emotions, not their motives. It would explore and articulate the ultimate reality of experience, what goes on in the heart and soul.”

The composer would accomplish this through the music, specifically, exalted in this theory among all the different arts that opera wove together. Drawing on the example of composers like Beethoven, who had used the orchestra to achieve a wordless recitation of emotion, opera would do the same, with the music undergirding the greater arsenal of artistic expression endemic to opera. 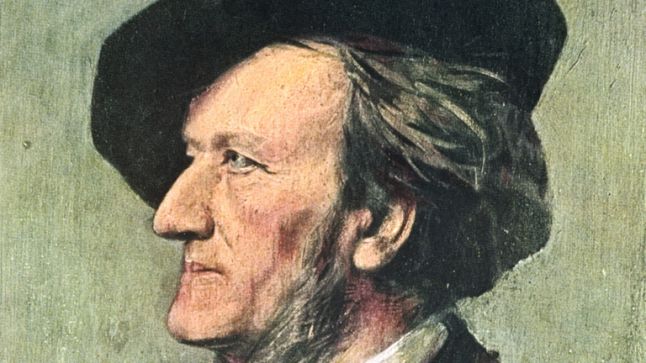 “Music drama,” writes Magee, “would be the reverse of traditional opera [in which] drama was merely a framework on which to hang the music--drama was the means, music the end--whereas the object of a music drama was the presentation of archetypal situations as experienced by the participants, and to this dramatic end music was a means, albeit a uniquely expressive one.” This all earned the label of gesamtkunstwerk because, so far as Wagner saw it, raw emotion was to be the combined output of each art in opera: the singing, the instrumental music, the acting, the writing, the stagecraft and direction. In the process, unlike with traditional opera (at least as Wagner reckoned it), these arts would fuse together into a single new art form that transcended the mere sum of their parts: the music drama, a la Greek poetic dramas.

Every time I see an opera I cannot help but think of video games, the inheritors of this artistic polymath tradition. The talent drawn together by even the smallest games makes a number of artistic demands (and there’s a magnificent argument to be made that the writing of code is its own art form as well). The synthesis produces something new that is not reducible merely to its constituent parts. Every time I listen to composer Jeremy Soule’s Morrowind soundtrack, for instance, I am immediately transported back to a specific ludic experience. The sensation of my low level character staring out at a Vvardenfell sunrise, wondering what lay before her on this strange island she was so unceremoniously dumped on, bull netches hovering in the distance. The music is not merely an aural experience; it was running, jumping, lockpicking, boxing with mudcrabs and slaying gods.

But the proper analogy for music, when comparing video games to opera, is not the musical compositions of the games, beautiful though so many are--what is Final Fantasy without Nobuo Uematsu’s work, after all? (Lest we forget, he composed perhaps the greatest loveletter to opera in all of video gaming). In video games, however, it is that elusive thing known as “gameplay” that performs the function of operatic music. I’m on record as deeply disliking the unspecific nature of the word “gameplay” but in this case its capacious and slippery definition is actually quite helpful: everything that constitutes an interaction with the gaming environment is covered by “gameplay” here so far as I’m concerned.

That vastness is our music. 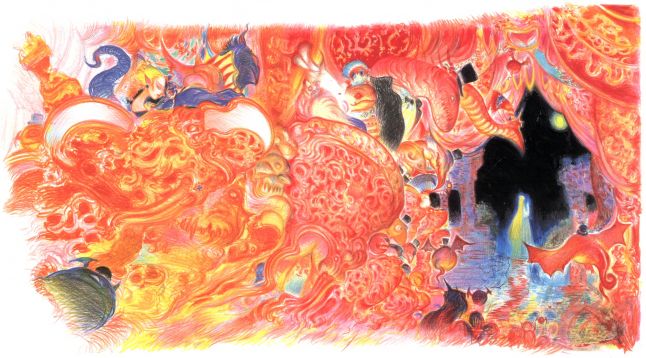 For most games, their narrative aspects are necessarily in service to producing or justifying gameplay, holding up or structuring the situations where players interact, often violently, with the game world. Certain indie games, particularly those most likely to occasion hand-wringing about whether or not they’re “really games,” tend to do the opposite--situating non- or minimally violent play in a game world where the inner life of the participants is the primary focus.

Too many gamers equate authenticity of play with both violence and narrative-light interaction; former BioWare dev, Jennifer Hepler, was infamously mobbed and threatened by gamers violently angry with her 2006 suggestion that video games allow players to skip combat content, for example. Notable for our purposes here is how many of her attackers accused her of wanting to take the “game” out of “video games.”

Many games, however, make a symphony of their gameplay, vividly expressing the inner lives of their characters. Critical darlings’ The Stanley Parable and The Beginner’s Guide both place a heavy emphasis on turning psychology into gameplay. Other, more placid games like Proteus or The Meadow, a VR game featured at IndieCade this year, are about using a game environment to allow you to explore your own inner life and psychology. As with Tarot cards, they are ludic projections in which you may see the reflection of your own mind.

Gone Home and Sunset are both distinguished by the physical solitude of their protagonists; you are literally left alone with their thoughts and emotions, and through that solitude they explore what is innermost to people they are connected to. In a way, both games straddle the line Magee drew between Wagnerian music drama and classical opera; they each explore inner lives and externally viewable personal relationships. Personally I find that combination to be quite stunning and worth experiencing.

Just as contemporaneous critics saw something pretentious and even dangerous in Wagner’s frenzied music dramas, so too do many see something equally discomfiting in many of these indie games. They disturb and unsettle some players and critics who do not quite know what to do with them. Magee argues that Wagner became (and remains) extremely polarizing because his operas pulled on something deep in our subconscious minds, toying with the human id in a way that cannot help but stir up diametrically opposed passions.

In a somewhat similar way, certain indie games do the same; they dredge up the uncomfortably personal, they take a fun house mirror to our own inner lives and demand that we regard what was once in our mental sewers with a conscious and fully-aware gaze. Star Maid Games' Cibele, after all, does just that, putting the source of designer Nina Freeman's many insecurities front and center in the game, allowing the player to pick through them and inhabit them. Gameplay becomes a way of experiencing a young woman’s unconscious mind-- and, inevitably, your own.

This is by no means to say that these games are inherently better than games that fail to do this. Though Magee was a committed Wagnerian who heaped scorn on older operas and Christian art, he ignored the tremendous value inherent to much of that work. I would rather not recapitulate his snobbishness here. The framework he distilled from Wagner’s composition theory should not be seen as a value hierarchy, but a way of interpreting art to better understand what it is doing, to lend a sense of method to what may otherwise be a beautiful but unintelligible madness.

A game does not need to be psychodramatic in order to be good, but it is worth knowing there is some significant artistic precedent out there for such an endeavor. Games weave together different arts, just as opera does; the key to making a great composition lies in knowing which art to emphasize, when, and why.