Escaping Death: Why We Play Games

A philosophical look at some of the reasons people like to play games.
Alice Rendell
Blogger
April 04, 2013

We all have our own reasons for playing games, but if I were to ask a room full of people I can safely assume that there would be many common answers. Relaxation, fun and the sense of achievement would probably be key reasons for most people, along with competing with people, and taking your mind off of things. These are all fair and justified reasons, and ones I can relate to as a gamer myself. However, why does competing with people or achieving things in a virtual world feel so damn good? What is the cognitive emotion behind these kinds of experiences?

Most species are sensitive to their own mortality and spend a great deal of time either escaping or postponing death. Most animals have built in primitive drives such as ‘fear’ which tells them to flee when a predator is near, or ‘hunger’ that tells them they need to eat to sustain life. Even the basic Darwinian ethos of procreating to carry on our DNA (and in a way ourselves) is wired into every species on the planet. However, where humans excel is that in addition to this we also have the privilege of being aware of our own existence, which results in this drive to make a mark upon the world before we take that inevitable plunge into the great beyond.

Many cultures completely revolve around this notion of the ‘self’ and our society has been set up to honour and notice the individual. This is why we strive to be the best in our respective fields, or apply to reality TV shows like X-Factor, so we become “someone” and therefore leave our mark on the world. Unfortunately only a small percentage of the population will leave enough of a mark to be remembered hundreds of years from now, and for the average joe (ie: most of us), there are limited opportunities to prove their self existence. This is where games come in. Games provide people with that much needed self-affirmation of actions being “noticed” and that our existence has some meaning on the world...even if it is just a virtual one. 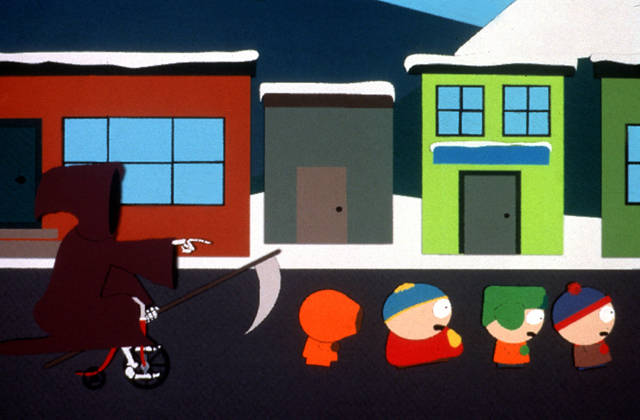 Most of our drives are based around postponing the inevitable and “Escaping Death”.

From the very first arcade games proof of existence has been core in the gaming world. Leaderboards existed to be able to prove that you were there and achieved what you said you did, which in turn reaffirms the self. We have come a long way since the time of arcades and games now revolve around constant reinforcement of actions and awareness of presence. Achievements are a regular addition to most games and sharing stories on social networking sites remind us once again that we are here and have done something which is now "written in stone". Game communication is laced with self-affirming feedback such as “Great”, “Well done!” “You achieved this” and “You have done that”. Many social games on Facebook include customizable avatars and areas where you cannot only see an in-context progression of what you have achieved in game, but also a visual representation of how you have changed the (virtual) world. It is constant affirmation of your existence and presence and that not only your existence in the world matters, but that it has been "set-in-stone" to be remembered for all time. The perfect formula for affirmation of the self. 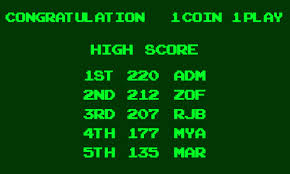 Since the time of arcade games players have always wanted to prove they were there.

One of the other important things about self affirmation is being able to see yourself in the eyes of others. Most of how we perceive ourselves is made up from the perception of those around us. We base our opinion of ourselves by the attention of others, whether it’s our attractiveness; “People tell me I’m beautiful, therefore I must be attractive”, our intelligence; “I received a good grade in school, therefore I must be clever”, or our personality; “People laugh at my jokes, therefore I must be funny”. This type of self-reflection needs to work well in games, not only through basic feedback from the game itself, but also from peers and friends. Games are powerful when it comes to reflection, with many different ways of providing feedback of actions to the player such as animations, scores and encouraging words, but at the back of your brain you always know that it is a computer telling you these things, which therefore loses some of its reinforcement. To really make it stick you need a friend or peer to tell you the same thing. This is the difference between hearing “You are an amazing person” from a computer, or from a real person. With the many tools available to use now such as online forums and social networking sites (which are the epitome of self-reflection) games can offer players exactly what they need. Post, tweet, update, whatever, players can first self affirm themselves in the game then prove their existence where people can reflect back to them how “real” it is. This is an incredibly important factor in modern games and you can see that most really successful games are ones with huge communities behind them that enhance connections with real people. This is really important. 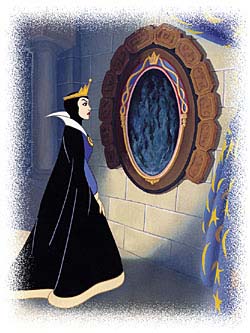 Confirmation of the self is ultimately constructed by the reflection from others, whether in games, or in real life.

Although this a philosophical analysis of why people play there are some very real things that can be done in games to help satisfy and connect with players. 1. Notice every action a player accomplishes in game, not just the big meaningful ones. This is one of the reason social games on Facebook have been so popular because every minor action is praised (sometimes overly so) and noticed. 2. Show the progress of the player so his impact on the game is not forgotten. This may sound like an obvious one, but it can sometimes get forgotten. This can be anything from seeing previously completed levels, a customizable area in which to build upon, or simply an experience level to feel proud of. 3. Use social networking, online leaderboards and fan websites to build communities. Players need to be recognised by real people for the achievements they make in-game, as you can only truly feel proud of an accomplishment in context to other people. Although these are simple conclusions to a fairly complex analysis of why people play I think it is important to know the basic drives of people in general to reach a real understanding of why people play the games they play.