Devs discuss the past and future of the 'roguelike'

What hath Rogue wrought? A subgenre of randomly generated dungeon crawlers dubbed Roguelikes, and many innovative experiments in procgen. We spoke to several developers about the impact of the classic.
Simon Carless
Blogger
September 16, 2016

When the original Rogue was first released in 1980 as a free download on Unix mainframes, no one could've imagined that it would eventually inspire a whole subgenre that bears it's name, as well as a profusion of interesting and innovative experiments in randomized game content.

Rogue reimagined what dungeon crawlers could be, using randomly generated environments to make sure that no two playthroughs were alike. It drastically altered the way we look at games as a whole; procedural generation of levels and characters are utilized with growing frequency from niche indie titles to AAA juggernauts, while concepts like permadeath have become mainstays in games looking to provide players with deeper challenges. The formula itself has been iterated on and applied in new directions, broadening the scope of what could be called Roguelike to not only new genres but even methods of interaction.

Rogue was a milestone of a long journey that brought these concepts into existence and eventually the mainstream. From it we got the 1987 NetHack, the classic dungeon crawler that continues to receive support both from its enthusiastic community and development team alike. It inspired the ambitiously intricate simulation , which has helped introduce the idea that “losing is fun”, while also showing how effective emergent storytelling can be in the medium.

Its influence continued to grow, crossing into even other genres. Spelunky takes these concepts into the platforming genre, and the combination has made for a game that has thrived on its replayability with players continuing to find new ways to play the game and experience new challenges long after their first victories. Binding of Isaac does so as well for twin-stick shooters, and in doing so has gotten players who have never been interested in dungeon crawling to discuss ideal builds and strategies.

Who would've thought that this unassuming game would inspire a whole subgenre?

The more the formula has been played with, the more it has become clear that these ideas can be applied in incredible ways. FTL sent players in a race against time with one chance to stop a fleet that was hot on their trails, with a whole new experience waiting every new run. Rogue Legacy let players throw themselves against an ever-changing castle full of danger, each death creating a new character to carry on the adventure.

All these games and more have truly stuck with their fans. Communities have built up around the stories of failure and success that have been had - amusing deaths in NetHack, the often inevitable fall of a Dwarf Fortress, unlucky drops in Binding of Isaac still get discussed with great interest, while many fans of NetHack are willing to share their first ascension with others, and the various challenge runs in Spelunky are met with anticipation and excitement.

Rogue also inspired a dedicated fan community, who are now holding an all-day festival  that will play host to many of the most notable developers working in this subgenre.

Roguelike Celebration takes place on Saturday the 17th in San Francisco. Rogue creators Glenn Wichman, Ken Arnold and Michael Toy will be in attendance, as will the developers of Dwarf Fortress, Jason Grindblat (Caves of Qud), Nicholas Feinberg (Dungeon Crawl: Stone Soup), and Jim Shepard (Dungeonmans). Also slated to speak is the creator of popular web RPG Kingdom of Loathing Zack Johnson, and Alexei Pepers will be discussing her work bringing accessibility to NetHack.

Gamasutra spoke to several of the attendees about what they plan to present, and why Roguelikes are more popular than ever.

“We're giving a talk about the Roguelike inspirations for Dwarf Fortress--mostly about the ones from back in the 80s, including Rogue itself,” said Tarn Adams, who developed the elaborate simulation Dwarf Fortress with his brother Zach. “It's cool to share what Roguelikes have meant to us and to meet many people that have shaped and been impacted by them. It's really exciting that the Rogue people will be there!”

Also slated to present is George Moromisato, creator of Transcendence. “My talk is about how adapting Nethack’s game mechanics to my game taught me more about game design than any course or book," he says. "I plan on highlighting several key mechanics in Nethack (unknown items, polypiling, wishing, etc.) and describing how I tried (and sometimes failed) to adapt those mechanics to Transcendence. Along the way, I’ll speculate on what makes Nethack (and other Roguelikes) so much deeper and engaging than many big budget games.”

Moromisato further notes that the overlap between player and developer is one of his favorite things about the Roguelike community, “A high percentage of Roguelike fans have been inspired to create their own games, whether Roguelike or not. Just think of all the people who participate in the 7-Day Roguelike challenge. Even if you’ve never created a game, playing a Roguelike encourages you to think about the game mechanics: the stats and properties of monsters, the combination of different items, and the specifics of procedural generation. An event like the Roguelike Celebration can span the gamut from gameplay strategy to game design without fear of losing too many people. Not many other genres can make the same claim.” 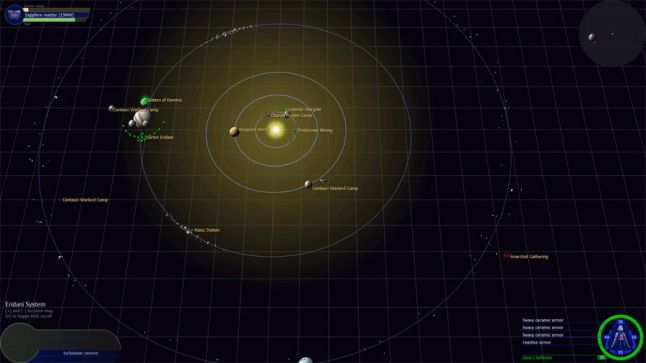 Josh Ge, who developed Cogmind, is flying in from Asia to present at the Celebration. His talk will trace his path through years of exploring the Roguelike genre and community before setting out to create his own game, and how he sought to mix traditional features of the genre with modern features that would help appeal to a more mainsteam audeince.

Ge agrees that the relationship between players and developers as a major draw of the Roguelike community. “Events like this are essentially just a real-world reflection of our frequent online interactions," he says. "I know many of the participants, including both players and presenters, but haven't met any of them in person, and this is going to be such a great group!"

"Most of us developers enjoy getting feedback and continuing to improve our Roguelikes, which tend to be long-term pet projects that are refined and expanded rather than hitting 1.0 and calling it quits," adds Ge. "So talking with players directly is an important part of that process, and getting to know players in person naturally builds on that relationship. Of course, players also like having this easy direct access to developers, through which they can influence their favorite games. One of the benefits of being in a relatively small genre!” 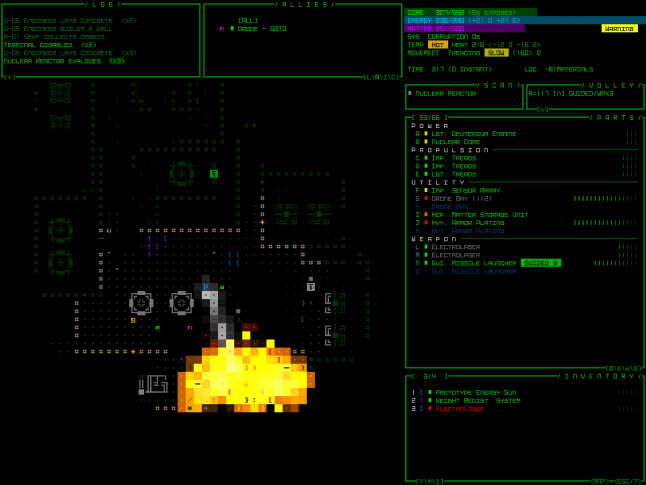 Exploring some more unique directions for Roguelikes and procedural generation, presenter Kate Compton will be talking about separating generative content from game logic, drawing from her experience at EA. This separation, she says, “allows people to make bigger games (with procedural generation!) easier and with better maintainability, which is a lesson that most indies never get… The Sims was famous for separating all its behaviors into a customized data structure, which let them make endless expansions while barely touching the source code.”

Compton created Tracery, which is a library for creating generative text, and has been used for the creation of bots and games, both her own and others. In addition, she created the only Roguelike ever released by Maxis, which was released as an April Fool’s joke.

Ryan himself will be presenting a piece by the Expressive Intelligence Studio, a unique mixed reality game called Bad News “It can be thought of as a performance of Roguelike immersive theatre," he says. "It combines procedural generation, deep simulation, and live improvisation. Each performance lasts roughly 45 minutes, and we'll be conducting eight of them throughout the entire day.” 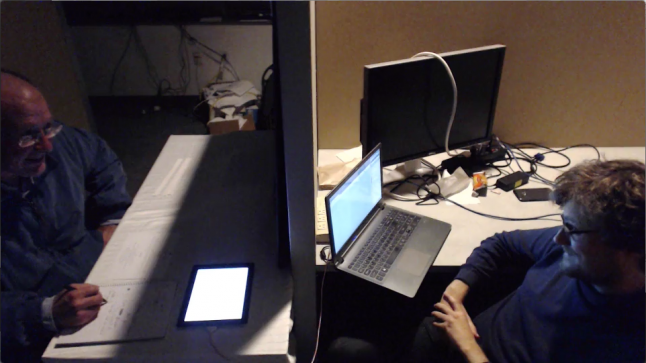 "Bad News is set in a small American town in 1979 that has undergone a century of procedural world generation in the vein of Dwarf Fortress, complete with hundreds of residents who have formed subjective (and potentially false) opinions of the others in the town," adds Ryan. "The player takes the role of a mortician’s assistant after the discovery of an unidentified body. Set with the task of finding the next of kin to inform them of the death, “the player explores the town and converses with its residents to discover the identities of both the deceased and next of kin, as well as the current location of the latter. Whenever the player encounters a town resident, an improvisational actor performs the non-player character live, adhering to the character's generated personality, life history, and knowledge. This actor is Ben Samuel, whose earlier professional work includes Hulu's original series Battleground."

“Gameplay takes place around a model theatre," Ryan explains. "The player sits on one side with a pen, notebook, and a tablet displaying information about his or her current location. Sitting across from the player is the actor, who is separated by a small curtain that he pulls back to reveal himself whenever he's playing a town resident. The actor also has his own hidden screen, which displays a special interface containing information about the characters that he is improvising. Behind the scenes, a wizard listens in on a remote audio feed and livecodes to make modifications to the simulation (according to player commands, which are spoken aloud) and to search the town's accumulated history for nuggets of narrative intrigue, which can be delivered to the actor via a live chat session."

The celebration itself, Ryan thinks, “will work to better illuminate the past, present, and future of the Roguelike form."