So over on the IGDA's Game Writing Special Interest Group mailing list we've had a heated disscussion driven by a couple of recent articles and 'leading' industry spokesmen calling for the death of the illusion that games are a stroytelling medium. I'm here to say, we need to face the truth- game designers are narrative designers. Period.

Kicking arse in Double-D
Designed narrative, mind I didn't say story, should drive all acts of creative communication. They are fundamentally expressive communications with the external world though which an author relays a message. Intent is not a question.

Great designers always call function and purpose into question and for a game designer or writer seeking to create an engaging user-experience it's no different.

For various reasons the stage has been set for a uneccessary battle between play and storytelling. Storytelling, via game writing, has been cast as a subservient player to game design in all but a few cases, and yes it's developed an inferiority complex.  The thing is, it's a dicotomy that just doesn't exist. Story and play are built out of the same units.

In fact, the two crafts share many traits (any kid would tell you). Place, perception, setting, action/reaction; all these elements and more are shared between the two schools of thought. Each championing their own man in the midst - gameplay and story.


What the interactive narrative design paradigm I preach so vehemently about proposes is that either you put down your shield and get to collaborating, or fall victim to the next generation of talent whom fuses both these skills into one pungently wonderful craft of entertainment wizardry (I'm scared of them myself). This crew of inspired story makers grew up on "Assasin's Creed", GTA and "Halo". They aspire to make games a dance of meaning, form, action and symbol. Suppose that's why I do to, I've taught them, they rock. Really though, Disney Imagineers have done this and done this well for years. If you need a lesson prompetly make your way to a theme park. Take those lessons alone to the context of game design and think about the possiblities.

What we have here is a medium with the power to command the world, quite literatly, to stand with thier almighty dollar and attest to the desire to escape into this new form of interactive media. We, us, here see it - there veiled in the distance like the flowering of some alien moon. I personally am not sure if I can attain it, but I can see it nonetheless. What we, as game developers, are called to do is make and make again. Until it's picture is so clear - it drops like radiant fire from the sun, piecing the beholders eye and saying "YES! THIS IS YOUR WORLD! MAKE IT YOUR OWN!"

In the the that's what it's about. Reaching out to people and enriching thier world with play, intrugue, fun and ultimately joy. Using a combination of game design, UX, traditional story development techinques, writing, visual theory, production design - and everything in between (couldn't hurt!). Whatever included must align itself with the intended user-experience. The design must be managed as a whole driven the precepts of the core creative vision and its iterations. 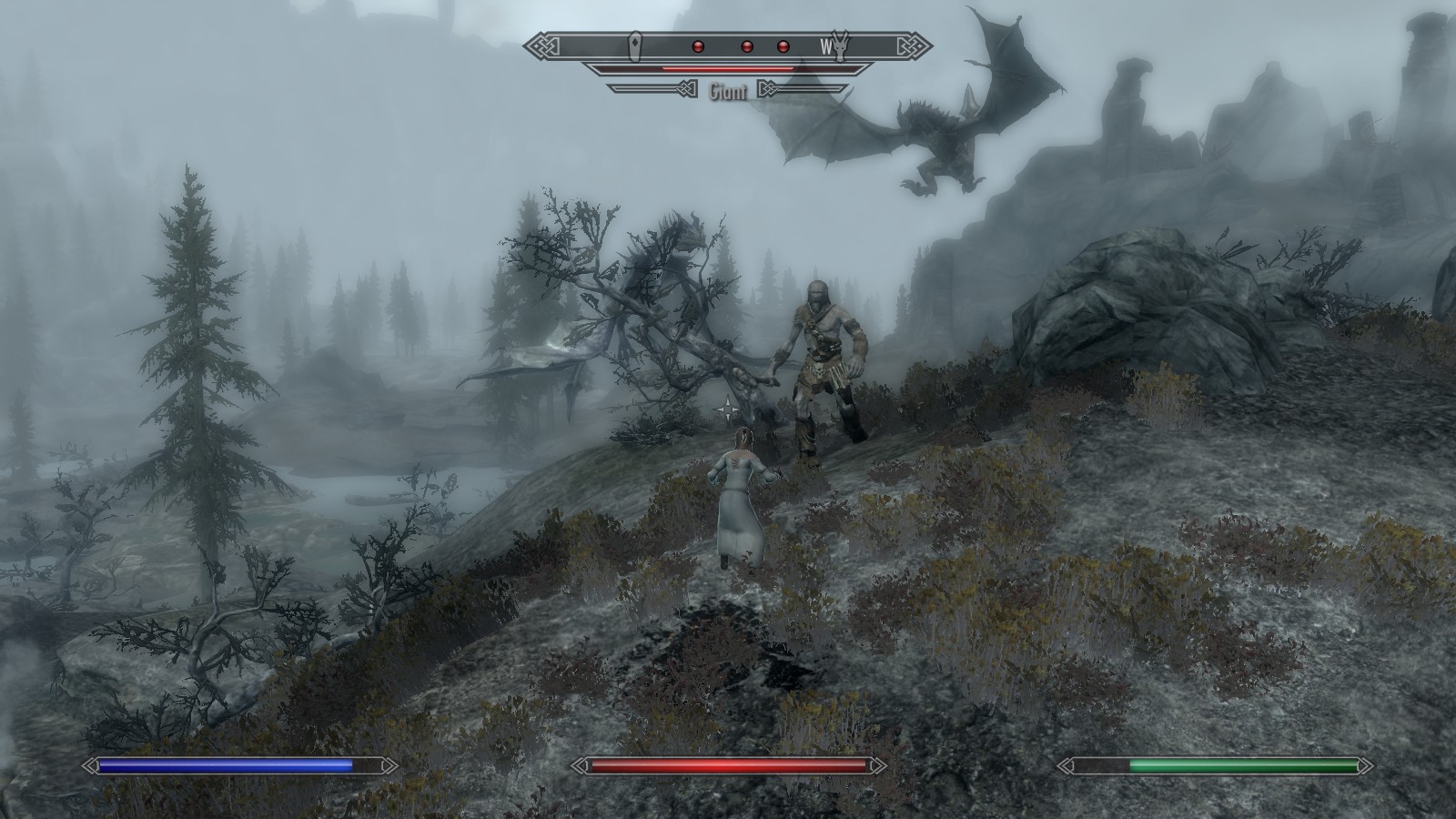 Back in the 1900's, I would wake up early on Saturdays. Sneaking into the study, after a heavy dose of "Thundarr the Barbarian", I would hide under the desk and wait for my brother to arrive - friends in tote. There I would sit and quietly eavesdrop on adventures undertaken in new worlds - places like Gamma World, Dungeons & Dragons, Axis & Allies. As a suburban kid thier magic seemed like the aroma of some mystic sicentific wonder factory. Over a hill, in a forgotten fairy tale crumbling on infant bookshelf.

When I grew old enough to understand the rule systems, for these story engines, my appetite for them only grew. Somewhere between Contra and Duck Hunt, I found Dragon Warrior I, II & III. For me these games were the fullfillment of the dream inspired by those early board & role-playing games - and they just kept coming. I'm talking StarCraft, Sewer Shark, Déjà Vu, Dragon Warrior II, 'Double Flibbin Dragon', Dune II, Custers Last Stand... ok maybe not that one.

So much has happend since - KOA: Reckoning, Metro 2033, Jade Empire, Halo, Cityville, Angry Birds, Wolf Toss and so much more. Why we still bicker about wether game should be a story telling medium when some of our favorite games have allowed up as players to weave great stories is puzzling to say the least.

Much has happened since

I believe our over specialization is killing us. Most game developer's I know are multidimensional character's - thier skills span the gamut and if set free could provide a creative space to loose the ego's and make great games. So I call on you and indeed myslef, to break free the bonds of our self-ascribed roles and take what is rightly yours - the ability to craft interactive experiences that cross the divide of illusion and reality. RTS, FPS, Indie, Social Casual Core FTP MMORPG, it's all the same - drive the vision from the pillars of what you intend your audience to experience to be and more importantly what they expect it to be. All else comes after.


This isn't writing nirvana - I'm not here to blow hot air. We are talking about design games a different way - a narrative centric approach. Driven by the idea that mechanics - actions are the fundamentals units of both story and game play. What do you want them to walk away and say about your game?

It's going to be a story - the viewer/user/player's story."It happened, I did x and then y before all f happened. It was awesome." That story is driven the the narrative architecture of you game experience, the navigable interactive sequence that is a video game.

These day's it can be even be done with free tools; by yourself (or with your firends) in the basement, on a relative's bill late one Sunday night.
Get daily news, dev blogs, and stories from Game Developer straight to your inbox
Subscribe