Bloober Team is known for producing Layers of Fear, a psychological horror game inspired by the likes of Silent Hill and the demo of its unproduced successor, P.T. The studio is currently working on a sequel to Layers of Fear, and the Nintendo Switch version of its cyberpunk horror game Observer.

Rafal Basaj, producer at Bloober Team, chatted with us about Layers of Fear, and the genre of horror as a whole. Here's Basaj in his own words.

On horror and its appeal

Horror arguably is the most immersive of the genres. It connects to one of the primal human feelings – fear. People don’t like to be afraid, however we’re built in a way that we need to be scared from time to time – this is how we make ourselves ready for danger. Because of [fear,] we can react faster or stay calmer in future stressful situations.

In the old days, it kept us on our toes and well…alive. In modern, [safer] times it’s a perfect tool to deal with the stresses of everyday lives.

Appeal is a subjective matter – we can like horror because of the adrenaline rush it gives, we can crave the cathartic experience it brings. However for me personally, it’s the openness of it. Horror mixes well with any other setting and genre: sci-fi, fantasy, teen stories – we can add horror to everything and it will just work if done properly.

...[T]here are countless horror genres when we think about films or books. However, it’s not necessarily true for video games.

Fortunately this is slowly changing with the emergence of psychological horror games, like the ones we develop here in Bloober Team, or what Frictional Games does. People became more aware that horror games can be a little bit more then just a demon/alien/monster kill-fest.

Obviously, a lot of games, not necessarily “pure” horror games, smuggle a lot of horror subgenres into their stories. From body horror present in >observer_ or Silent Hill, through cosmic horror in most of the games based on Lovecraftian myths, like Eternal Darkness, to pure gore in most of M rated titles in general.

For a lot of people here in the company, films like The Others were far more interesting and disturbing than, let’s say, The Texas Chain-Saw Massacre. Obviously both films aimed at a different audience and represented different approach towards entertainment, however this difference is what defines our approach towards the horror genre. We want to create games that are more personal for the player, from which we can learn something more about ourselves. In fact, when we decided to focus completely on creating psychological horror games, we devised a subgenre that we call hidden horror. 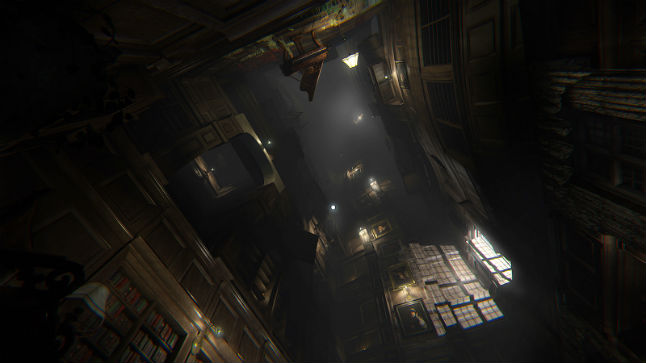 Hidden Horror has only two principles to it:

To summarize, we want our games to be more than pure entertainment. For those who critically consume culture there’s plenty of symbols and references to analyze. We often tackle social and philosophical problems. Generally people who play consciously should have a lot to go on in terms of interpreting the story.

[...] Having a negative protagonist or a hero that doesn’t win in the end puts the game in a more realistic realm. It doesn’t necessarily turn the purpose of a whole game about, but it definitely makes it more personal for the player.

Such games are still fun to play and entertaining but the lack of a “happy ending” immediately gives the players a different experience, one that in a way forces to digest the whole story on a different level.

People don’t like to lose, but when they do the tendency is to figure out why. In that sense, having a dramatic protagonist changes how we perceive the story as a whole, but it doesn’t necessarily steer away from its entertainment value – ending the game and seeing the end credits is still in a way a “win” for the player.

Using horror as a tool 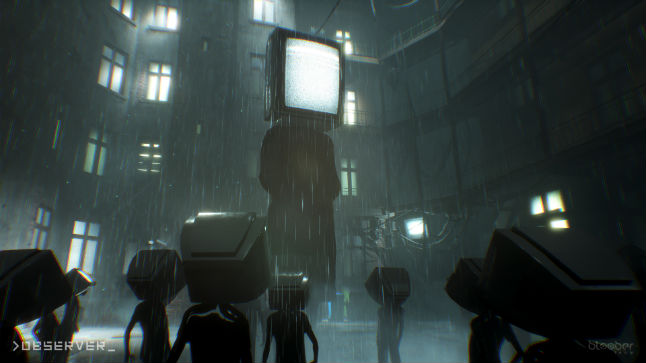 When people think about horror, the first thing that pops up into their heads is probably fear, but the genre is so much bigger then that. You have tension, uneasiness, terror, supernatural elements, gore, etc. – these all line up as potential tools for a designer’s box. Not all of them need to make the player feel an immediate surge of fear when presented – some of them build the lore and the environment, like the addition of apparitions or setting the game at a cemetery. Others are meant to make you feel unsafe without any particular threat in sight, those include ambiance, mood, or in the case of our games, an unpredictable environment that may change at any time.

The more the elements like the ones above mentioned that are present in a game, the more likely it will be perceived as a full-blown horror. But other games can also have elements of the genre. Think about titles like Dead Space, or The Last of Us: are they horror games, or (action) adventure games with horror elements? For a lot of people this is purely subjective. Horror has a bigger hold of pop-culture than we immediately give it credit for, including its place in games.

Most often only a well placed monster crawling out of a duct is sufficient enough to make your heart skip a beat, but in Layers of Fear we worked hard to make the jump scares as creative as possible.

It all boils down to anticipation: the less you can imagine what may happen, the more effective the scare will be. That’s why our ever-changing environment was so effective – we fear what we do not know and/or expect.

For jump scares to work at all though, you first need to build the anticipation up. Sometimes the knowledge of playing a horror game is enough to keep the players on their toes, but more often it’s finding the perfect release time. If you know the player anticipates something [is about] to happen at any time, then it might be a good practice to relieve the tension without a jump scare, just to use it mere seconds later, when the player drops their guard.

Constructing jump scares is probably a work of art by this time. Horror players can easily sniff out what’s about to happen based on previous experiences, so designers need to be really creative. The absolute must-have for forging a horror experience is estimating the pacing of a game.

To be effective, horror needs to have its quiet moments, its build-ups and the relief segments. Knowing what kind of an emotion we need at every step of the game is essential to provide a satisfying experience for the player.

We also cannot stress enough the importance of the old-fashioned trial and error factor – tailoring the experience is also based on hours of playtesting on willing "victims." Monitoring reactions and gathering feedback is essential for finding those perfect moments for using a jump scare, or any other kind of scare factor, as a matter of fact.