Part 2 of my series on designing for a fully destructible world.
Jameson Durall
Blogger
March 17, 2011

Now imagine the player decides to take out a rocket launcher and destroy every building in the area from a distance before they even step one foot into the fight.  Suddenly, all of those enemies are now spawning out of thin air and completely drawing the player out of the experience.  The Designer then receives several hundred bugs from QA and opens the bottle of Scotch on his desk to help cope.  In order to design immersive and interesting encounters in a destructive world, we have to come up with a new set of rules that allows us to present the player with fun environments. 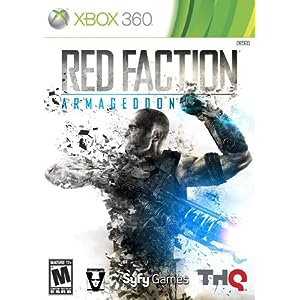 Since you can’t predict how each player will interact with the world, it's important to approach each encounter as a mini sandbox level.  Having enemies already spawned in the area as the player approaches helps to eliminate the spawning problem, but you are still limited in the ways we can bring more forces during a battle.  A tactic that you might be tempted to use is having enemies spawn out of player view.  While this is effective in getting guys into the fight, it is extremely frustrating for the player since they can't direct their attention to a fight direction.  Besides, no one likes getting hit in the back when they feel they've created a safe area around them.  One of the tactics that is still available is having enemies come from around a distant corner, but this requires coming up with a believable reason that the player MUST stay within a certain boundary.  This is often difficult to do in any game much less one where the player can destroy most of the world.
Now is where it is helpful to plan your enemy types ahead of time so that they work well in a destructive world.  Since we have a new alien breed in Red Faction: Armageddon, we were able to think outside the box and create something that fit with our destructive gameplay restrictions.  We created the Wraith, which is an enemy that spends most of his time cloaked but leaves a type of mist in the air to make the player aware of its presence (and minimize a potential annoyance factor).  When the Wraith is ready to attack he blinks into view in close proximity of the player which gives a startling and impactful reveal but also allows us to spawn an enemy out of thin air. 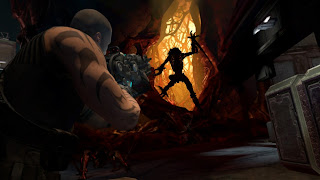 This was a great method for getting a new enemy in the world, but we needed something to get other enemy reinforcements into battles as well.  So, we devised a mechanic that allowed enemies to spawn from cracks in the walls which made nearly any vertical surface in our game usable.  Since natural terrain is something that is consistently non-destructible in our world, we are able to have waves of enemies that enter areas and keep fights interesting without the player easily foiling our plans.  Again it was extremely important that the player be made aware of the existence of these so we added in some nice audio cues, lighting effects and radar blips.  We even built in some delayed timing so the observant player can launch a heavy explosive in the direction of a spawning Monster Closet and take out the entire spawn before it becomes a threat.
With all of these new tools at the Level Designer's disposal, we were able to not only get around some of our challenges but also create some unique and fun encounters for the player to experience.