Creating player paranoia through misdirection in I Can't Escape: Darkness

I Can't Escape: Darkness presents an ever-changing dangerous maze, built around taking player preconceptions and subverting them, creating a tension, confusion, and paranoia in the player.
Christian Nutt
Blogger
September 29, 2015

Players come to game genres with certain preconcenceived notions from years of playing them. In a horror game, this knowledge provides a kind of comfort; unnatural horrors may be on their way, but the player typically already knows how to evade, kill, or otherwise deal with them.

But what if you could take those tools away from the player, leaving them confused and uncertain in a horrible place?

This was what David Maletz, head of Fancy Fish Games, attempted to do with I Can't Escape: Darkness. The dangerous, ever-changing maze in his horror game creates tension, paranoia, and a sense of hopelessness in the player.

"Gamers always enter games with expectations -- there is a path to escape, keys are used to unlock doors, etcetera," he says."By subverting those expectations, I was able to create a form of 'horror' without even needing jump scares." 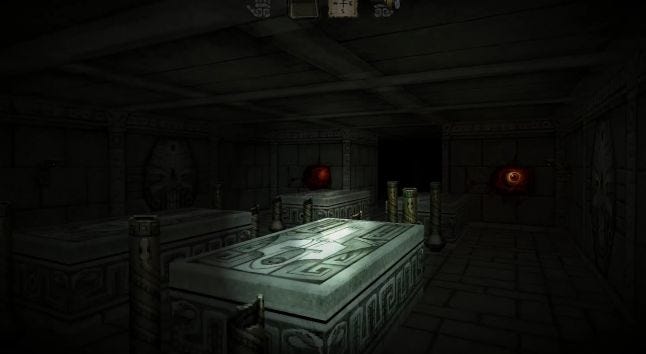 "Once your expectations have been disrupted, you take nothing for granted."

Much of that horror comes from misdirection, leaving the player confused about the meanings and importance of what they are taking in. Normally, if you see an enemy, you fight it or evade it. But not all of the monsters in I Can't Escape: Darkness seem to hurt the player. They make noises and touch the player, but then...nothing. Eventually, players realize that some of the fearsome creatures wandering the maze are harmless.

When the meanings of the things change, it makes the player nervous. And while harmless enemies may seem like a boon, it also serves to make the player pause when they see a new creature. Should you risk ignoring an enemy patrol in hopes that it won't hurt you? 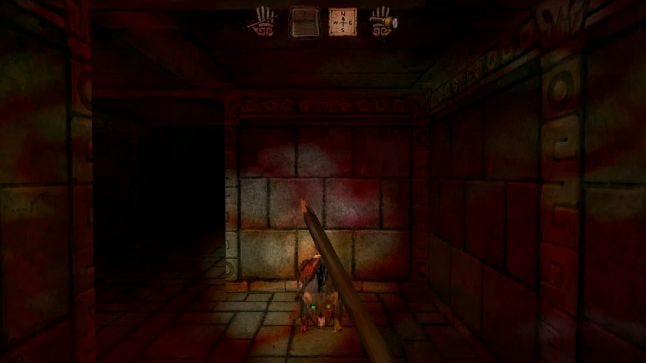 "The easiest way to distract the player is to make them think something else is more important." Maletz says. "Maybe an enemy is nearby and players used on combat, and before they know it they hit a trap. Or perhaps they are following a ghost, and it floats right across a pit and the player walks right into it." This leaves the player unsure on whether to prepare for a fight or survey the ground, wondering if each new enemy is just bait for a greater danger.

Once your expectations have been disrupted, you take nothing for granted. Say a rat bites you. This can leave a player wondering if that rat's bite has done some secret thing the game isn't telling them. Were you just poisoned? Did that bite have some other unknown effect? No enemy ever does NOTHING in a video game...does it? 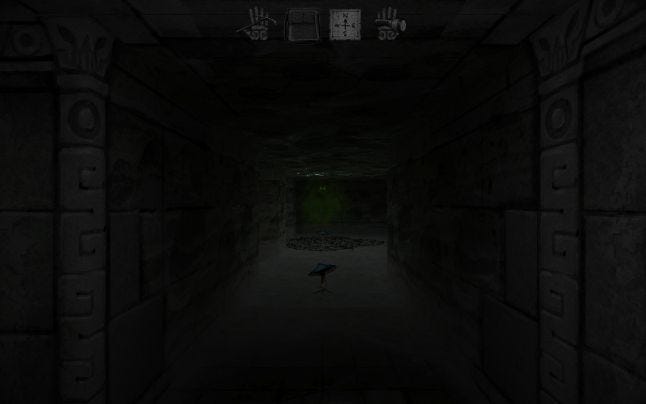 "We quickly learned that having large breaks in the music actually built tension, and made the moments where the music started again more impactful."

This worry also comes from the unclear combat damage. When the player gets hurt, the screen turns red, but there is little about this that indicates exactly how hurt they are. "None of this is explained to the player," Maletz says. "There is no health bar and the feedback is subtle, so when an enemy attacks you and your vision turns red, you don't even know if you are hurt or poisoned. This keeps the player uncertain until they begin to figure this system out -- can they afford to take a hit from that enemy without dying? How will they heal if they do get hurt?"

Combined with an extra variable in combat damage, this can be terrifying. When the player is in a red damage state, can those previously harmless enemies now be deadly?

Music was another important aspect in keeping the player unsure. "We learned quickly that having large breaks in the music actually built tension and made the moments where the music started again more impactful. So, choosing when to include music and noises was mostly deciding where we wanted to grab the player's attention, or perhaps distract the player even when there is nothing there." Maletz says. 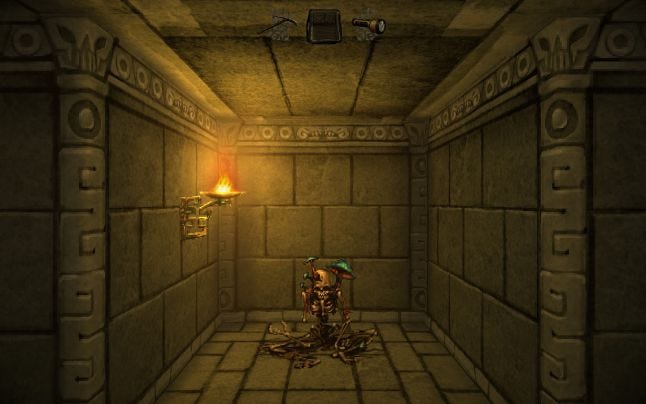 Players often associate a change in music with some new development - in horror, this can be an oncoming enemy or some other form of bad news. Maletz exploited this association by cueing up music when nothing was happening, putting the player on guard for an event that wouldn't occur.

Maletz also did the reverse. By not giving the player a musical cue when something dangerous was coming, it guaranteed a nasty surprise. 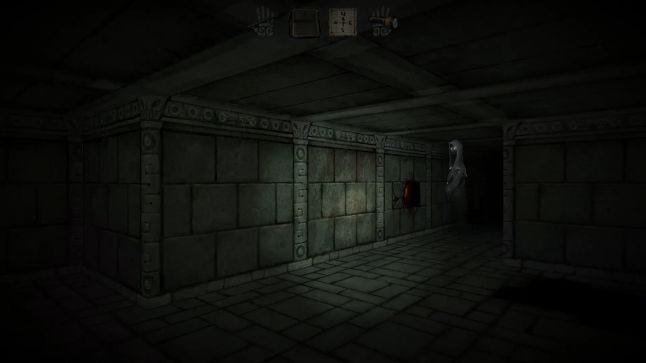 Undermining expectations can build fear, but it can also build irritation. By frequently setting the player up to think one way and then acting in another, a developer runs the risk of aggravating instead of frightening. Maletz got around this by making some of the consequences of that trickery rather minor. "I Can't Escape: Darkness does not punish players too greatly for hitting a trap. You might fall through a pit, and end up near someplace interesting or useful."