It's not often that one's very first game finds an audience, but the student-developedÂ Burning DaylightÂ is an exception. We speak with game director Frederik Jeppesen.
Phill Cameron
Blogger
May 21, 2019

It's not often that one's very first game finds an audience, but Burning Daylight is an exception.

Developed by a group of students at Denmark's The Animation Workshop (TAW), Burning Daylight is a short, free game on Steam set in a dystopian future, where players guide a mysterious person through a hellish world.

With over 1200 reviews and a "mostly positive" rating, this is an impressive first-time outing. We spoke with the game's director, 27-year-old Frederik Jeppesen about the development process.

You made Burning Daylight as a student project, correct? What was your development process? How long did it take to finish?

We made the game as students. None of us had ever made a game before, so it was quite the task figuring out how to go about it. At TAW we were taught the entire animation pipeline aimed towards film and not games. So we went about creating the game as you would go about creating a film.

The idea of the structure of the game was to create a game that was based on a series of rooms. The amount of rooms could vary depending on the amount of people we got on the team and the amount of time available. When the story was ready we storyboarded the rooms relying heavily on the environmental storytelling as much as possible. I would say we went about it quite organized and planned. It had to be like that because we only had one year of production. 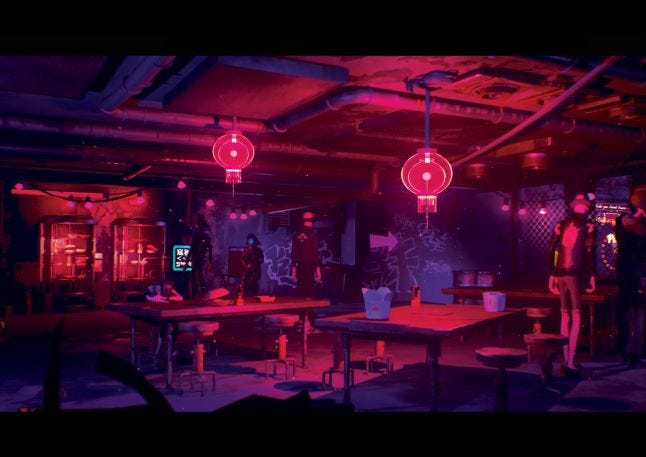 It's pretty cool that a small team such as yours could construct something immersive like this while attending classes! How did you fit the construction of the game in with your other studies?

TAW is a bit different compared to other schools. The students are responsible for their own education and production in the sense that the bachelor project is only as good as the time you put in. Most of third year (the bachelor year) you work in your groups, and you attend various classes throughout the week, but they are all related to the bachelor project. So it was quite easy to fit it in, however, we extremely busy throughout the year.

What tools did you use in constructing Burning Daylight?

We were all trained in the Maya pipeline, and most of us had spend some time getting familiar with the Unreal Engine and the Substance pipeline. We had a teacher, Samat Algozhin, who came and helped us set up Perforce. To sum up we used the [Entire Software] triple-A game pipeline, which was quite a task because learning the workflow of game creation was extracurricular. Basically we had to learn how to make a game while we were making a game.

What were your inspirations? Blade Runner and Midgar seem like obvious ones, but what else?

I’m a huge science-fiction fan, and Blade Runner and The Matrix had always been a great source of inspiration for me, and since all the students (with a few exceptions) are from the Nordic countries, using Norse mythology was a no-brainer.

Aesthetically, to name a few important sources, we were all inspired by the paintings of Simon Stålenhag and Ian McQue. We also looked a lot to anime for tech inspiration, Akira, Ghost In The Shell, etc. Also the game Inside by Playdead was a huge inspiration, so much is said without a word being uttered. I would say most of the inspiration came from everyday life and we just built on top of that. For example, the technology of modern man. We wanted to design how the world might look if Facebook was in charge. You could say that this is a modern version of the Plato’s “Allegory of the Cave.”

One of the biggest inspirations for me is the idea that we surround ourselves with a lot of systems that potentially could lead to our own destruction, yet we do not question them. Burning Daylight was our attempt of making people think about their current actions, and show them the consequences of the future if we don’t change course. 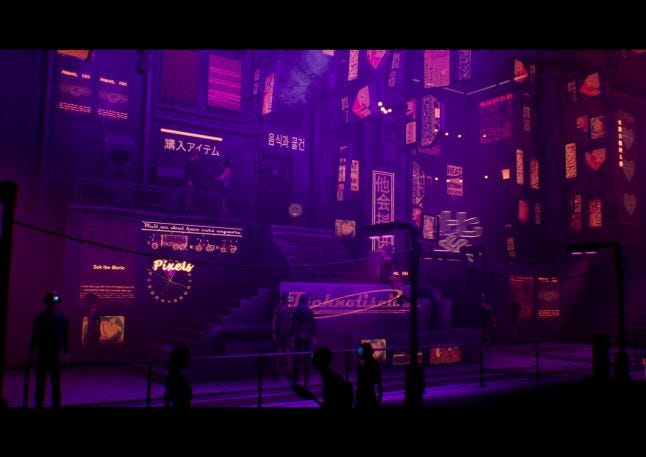 The use of lighting throughout is striking, but especially in the opening, where we can only see through waves of red light that wash through the scene. How did you implement that?

Thank you! I’m happy to hear you like it. [Simon Furbo], the guy responsible for the first room, used a movable spotlight light in Unreal Engine 4 with an exponential height fog, then animated the light to create the lighthouse wash through the scene. The artistic motivation of this is because the main character is like a newborn at this point, so his world view is limited, therefore the light had to be limited. As a newborn everything is scary – therefore dead bodies everywhere along with a menacing mechanical claw. This was our rule when developing the environments: the story is about a guy learning about himself, therefore the environments had to reflect his journey from infant to god.

There are a lot of assets being used in the game for such a small team...How did you manage to create or acquire so many assets as students?

Yeah it was a huge task. I believe we had 1,500 different assets at the end. The CG artists on the team are all very efficient and prolific modelers, and they brought their A-game everyday. All the assets and textures were made by hand. The short answer is that we just went for it!

As you walk through the mostly-linear gameworld, the camera follows your character smoothly and from appropriate angles. I remember how, in the old days, camera positioning and movement would be a challenge. How did you manage that?

[Ole Martin Josefsen], our Technical Art Director, made an awesome system where the character walks along a spline. The spline had various points build into it, so when the character was at a specific point on the spline, the camera settings would adjust to that specific point. This system made the transition from storyboard drawings to implementation the engine very smooth. Once all the shots was locked, it was just a matter of making them all they could be with the right lights, models and textures.

For two-thirds of the game there are no audible words. Your character doesn't speak, and your headset thing mostly talks to itself. What were the challenges of storytelling during the wordless environments?

Actually I did not want the headset to speak until the final month of production. I wanted people around the world to play the game without being forced to understand English, however my audio guy [Tobias Dahl Nielsen] convinced me by arguing that there was an opportunity to further the storytelling with more layers if we added the augmented reality companion Sara. The challenge of the wordless environments is that you have to work creatively with symbols you put in. Furthermore you have to work heavily with the feeling of the place and give enough information for people to piece the puzzle together themselves. And at last you have to make sure that every environment is interesting and exciting so the player continues to be stimulated throughout the entirety of the game. 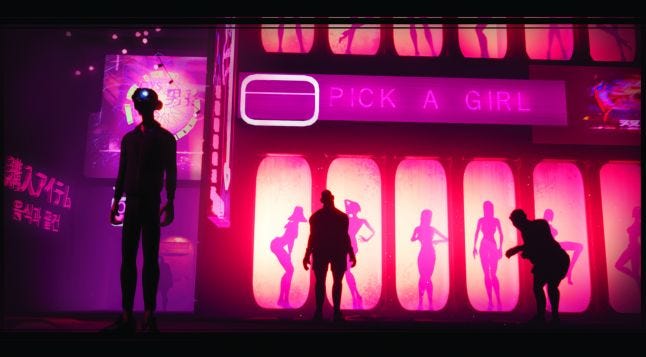 Are you considering making another game together? What project does your team want to do next?

After school the team have all moved to different places. A lot of the guys are now working at game studios different places in the world. If the entire team will ever get together and make a game again depends on a lot of things – time will tell.

I have made a studio (www.mork.space) with Thorbjørn from the Burning Daylight team, and we are currently in early development of a new title. As a service to Gamasutra, here is very first tagline for the new story:

Following the disappearance of her little brother, Mia Buchanan takes on the investigation, through the mysterious Barrow Island, to find her brother. An investigation that leads her on a dark and surreal path, where nothing is as it seems.

We are currently writing it, creating concept art and coming up with the technical functions. Later this week we will travel to the Nordic Game Conference with our producer to see if we can get in contact with interested publishers. This next game will be yet another dark mysterious science fiction adventure, with all the grotesque and surprising elements that made Burning Daylight interesting and surprising.