The second annual Global Game Jam took place this past weekend in an astounding 138 locations across the planet. While I'm unsure of the total number of participants, they managed to crank out 935 games in just 48 hours! What is this Game Jam, you ask? Why, nothing less than the Olympics of the endurance sport known as extreme prototyping. 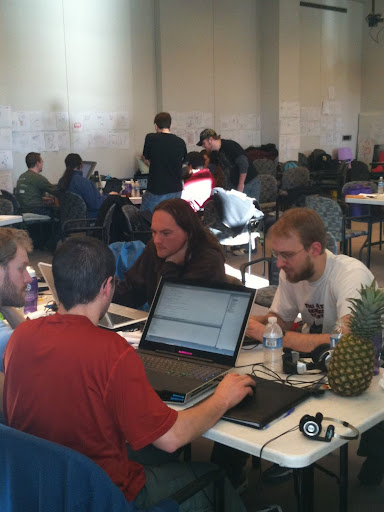 Here's the premise: participants show up for a game development marathon on Friday night, form up teams, are told the official theme, drink lots of coffee, and wrap up by Sunday afternoon. You may be familiar with the general format, but the scale of this particular event is unmatched. And, this year the number of games produced was more than twice the number from the event last year! My own involvement was serving as a judge, sweeping in at the last hour to pass cowardly verdicts with a panel of esteemed peers. Well, not really verdicts, it's more of a feedback and appreciation thing... 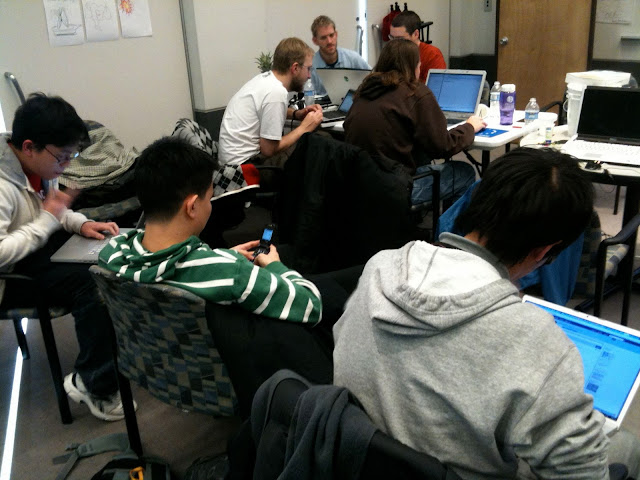 Carnegie Mellon's Entertainment Technology Center hosted our local event in the very bosom of their fine post-graduate program. The ETC is really the heart and soul of the Pittsburgh game development community, with many local studios spinning off with concepts and business models originally conceived there. Partly as a result of their enthusiasm and support, many local startups have focused on serious games and social entrepreneurship, making for a distinctive and growing development scene. 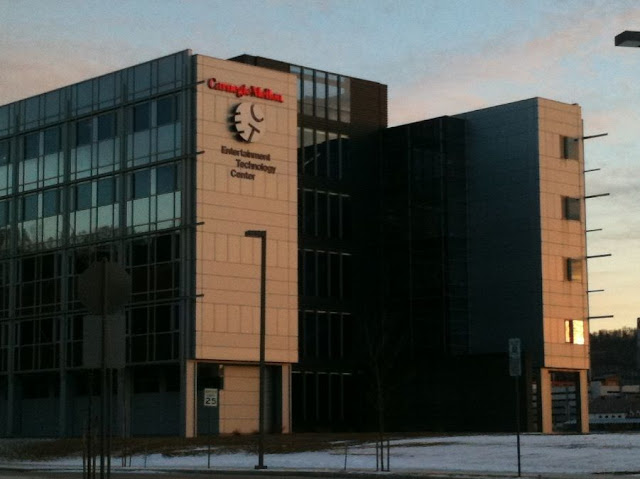 I only bring up the setting to emphasize a historical connection with the growth of rapid prototyping in recent years. As game designers have increasingly focused on "finding the fun" early and often in the development process, fast high-quality prototyping has become more and more crucial. One early example of this movement sprung from the ETC in the form of the Experimental Gameplay Project -- its most notable early successes being Tower of Goo and Crayon Physics, which both evolved to win numerous awards in the 2008 IGDA Independent Games Festival competition. The rules are simple: make a game based on the month's theme and don't spend more than 7 days. Sounds downright decadent when compared to the measly 48 hours permitted in Game Jam, right? In defense of the EGP, only one person is allowed to develop the prototype in one week, while small teams compete in Game Jam.

This philosophy of rapid prototyping is still gaining steam, even becoming institutionalized. Notably, Emergent's popular game engine Gamebryo was joined by prototyping powerhouse Lightspeed in the last year, bringing integrated tools and workflow to a wider audience of developers than might have been imagined previously.

So what's a game jam look like? Well, imagine beardly stubble aplenty, baggy eyes, even baggier pajamas, LOUD pajamas, guitars, laptops, and a chaos of wires, wrappers, and sleeping bags. At least that's how it looked on Sunday in Pittsburgh. This years overarching theme was "deception", with achievements available for incorporating Spain, plains, and rain. Not surprisingly,  some pretty creative ideas were explored. 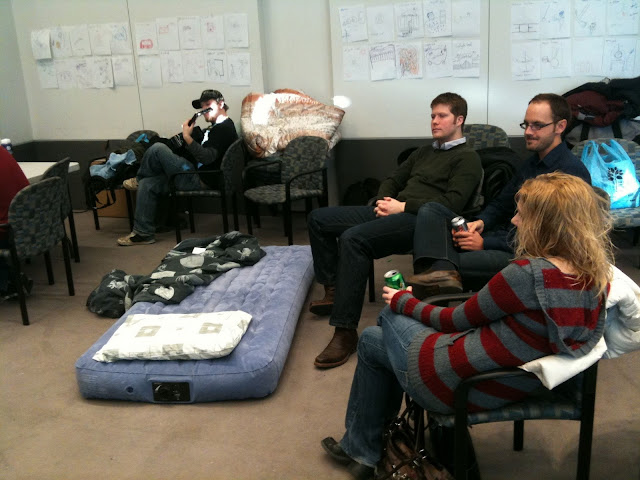 One local standout came from the Pineapple Pimps team, who ran with the deception theme in both classic and unpredictable ways. Their entry, Ship Sweepers of Spain combines gameplay elements from both Battleship and Minesweeper and loosely frames the rather abstract action as taking place in the rain, over the plains of, yes, Spain. Special note should be made of their wonderful and humorous homegrown sound effects, which you can enjoy upon sinking a any ship, battle or otherwise. Flash was used for this prototype, and the team was well ahead of schedule and posting their first major update by the time the jam train rounded the final bend. 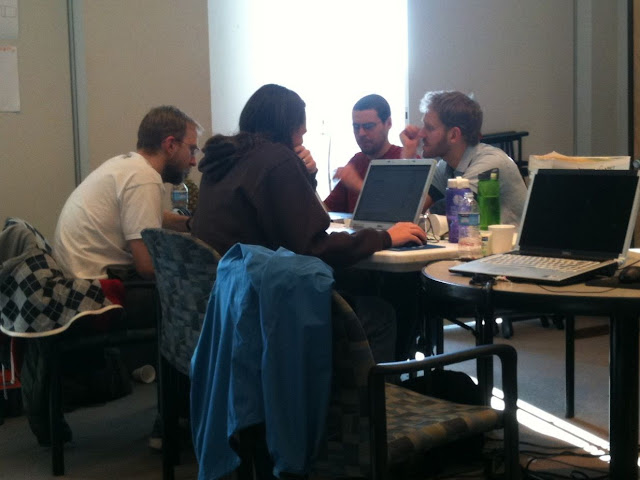 Another terrific effort from Team R Squared used the Wild Pockets 3D browser plugin tech. Taking the auxiliary themes more than skin deep, they produced a remarkably cohesive effort right down to its robotic brainstem with ¡Dr. Láser! ¿Adorará Ella un robot? What would a robot, who is trying to become human, do when first meeting the parents of his human amore over dinner? Why, he'd have to repress his robot instinct to fire lasers out of his eyes and destroy all humans, of course.

That's where the player comes in, eradicating the robot urges that crawl over his brain before dinner goes horribly awry. In their Mario Galaxy meets Robotron romp, the team perfectly paired an industrial/communist Spanish comic book narrative with 3D brain crawling action to terrific effect. Needless to say, lasers do fly and many robotic instincts go unsuccessfully repressed, much to the players delight. 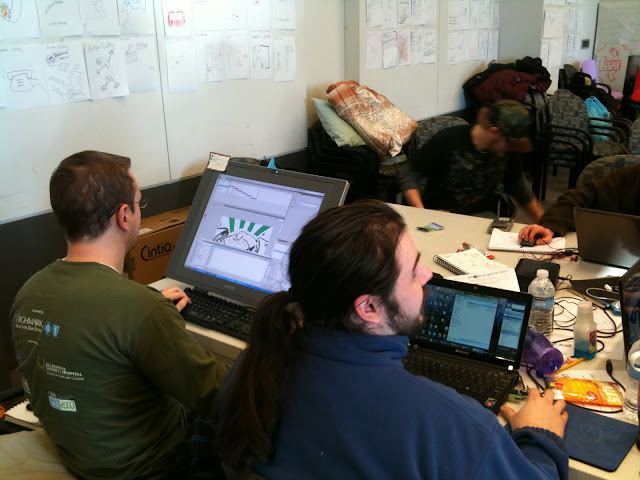 Congratulations to everyone, around the globe, who took part in this year's Game Jam. I truly admire your fortitude, courage, and spirit of adventure! Adios, until next year... 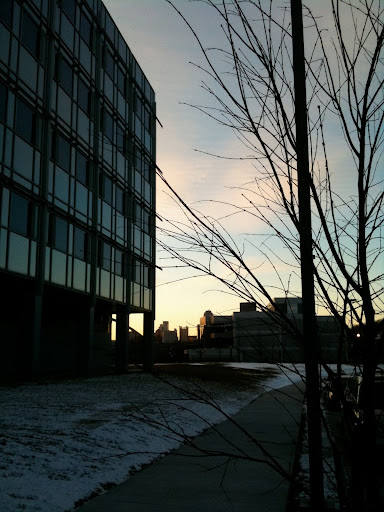