7 combat systems that every game designer should study

We reached out to several designers for their take on the games that introduced truly memorable innovations to hand-to-hand combat systems.
Kris Graft
Publisher
December 14, 2015

From doling out hadoukens in old-school arcade fighters to hacking your way through droves of enemies in 3D action title, a well-designed combat system can be a key component in what makes a game great.

But not every game needs extensive combos or complex animations---after all, one of the greatest games of all time was founded on a single, simple jump mechanic.

Words like 'fluid,' 'satisfying,' and 'clunky' are often used to describe a game's combat, but it's often hard to pinpoint exactly why it is that different systems feel the way they do. We reached out to a handful of expert combat designers for their take on the games that truly get it right.

God of War was made by fighting game players who grew up on Street Fighter," says David Sirlin, author, game designer, and developer of the upcoming strategy-based fighting game Fantasy Strike.

"They had the right background to make the fighting feel very satisfying. There's stuff you can't really do in a fighting game because it would be unfair, but they knew they could do because it's a single player game, so it's okay if you're really powerful."

Some of these things include letting many of Kratos' moves cancel smoothly into others, such as his invulnerable roll. The game also uses animation blending well, to make things look good when you're cancelling from one move into another.

"Also of note is the 'hit pause,'" Sirlin says. "That's a fighting game term for when a hit touches the enemy and the game briefly pauses for drama's sake."

Most games have a hit pause of around 10 frames, but God of War's is much longer. "In 3D it's actually best to slow down the action to a crawl, rather than literally pause it like you would in 2D. Anyway they have very long hit pause (or, uh...hit slowdown), in God of War and it feels totally awesome." 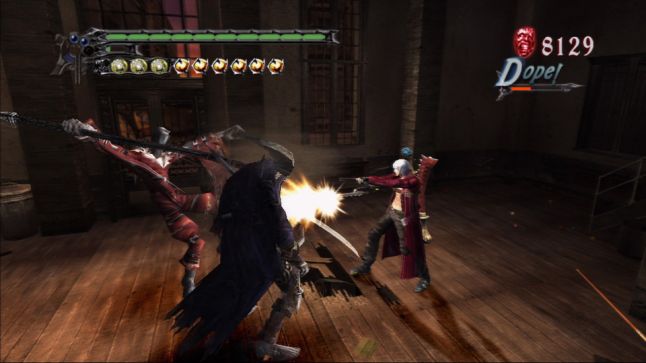 "While God of War is intended to be very easy to play," Sirlin says, "Devil May Cry's controls are a bit more complicated and it's intended to be pretty challenging. They have targeting in a way that God of War doesn't, and that gives them access to new command possibilities. Because you're targeting an enemy (and holding a button to do that), you can get different moves by holding toward or away from them, etc. So you generally have a lot of moves here, and they have a big focus on an intricate combo system. It feels almost like Tony Hawk, in that you're always going for high scores with big combos."

Street Fighter series (for its successes and instructive failures) 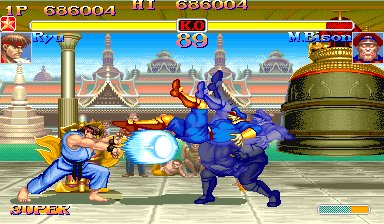 "The height for me was always Super Street Fighter 2 Turbo," says Seth Killian, renowned fighting game community member and producer of the PC-only fighting game Rising Thunder. "I don't even want to call it carefully or beautifully balanced--it just kind of worked out that way."

"A lot of what made that game ultimately so interesting was it was a very dangerous game. You could die very quickly against a good opponent. It was fast, it was dangerous; it reminded me of a war. A lot of times there's sort of nothing happening, where you're jockeying over a very small amount of position. Then someone will finally achieve that position, which is like 10 centimeters in the game's relative language, and now that they're in there, you're destroyed. I love that feeling of tension. It's like a highwire act."

Sirlin says that the franchise also offers an important lesson in what not to do."Street Fighter 3: 3rd Strike is a good game to look at for how to do a combat system wrong," Sirlin says. "Parry with no whiff animation makes projectiles bad, and takes away most of the zoning in the game. Most people just fight up close and ignore zoning. On top of all this, it's also the worst balanced fighting game I know of. It's loved by fans somehow, but it's a disaster of design." 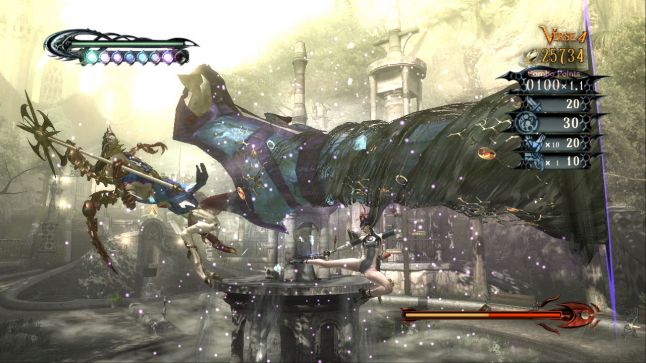 According to Ben Ruiz, developer of the upcoming Aztez, Bayonetta contains the "finest combat engine ever devised."

"Every basic movement mechanic is flawless," Ruiz says. "She runs, jumps, and dodges beautifully yet functionally, and everything feels perfect. Every single attack across every single weapon looks and feels fantastic. Animations are fast and brutal, and have perfect acceleration/deceleration curves."

"While the sensation of striking enemies is good enough, the sensation of killing them is fantastic. The attack effects are succinct yet impactful, and are nuanced beyond reason. There is a startling array of different particle and screen effects occurring simultaneously and they are all somehow in harmony with each other. And this is across every weapon."

Perhaps most importantly, every mechanic in the game can be canceled by dodging or jumping---with the exception of the dodge itself. "It makes the game feel incredibly responsive and controlled." 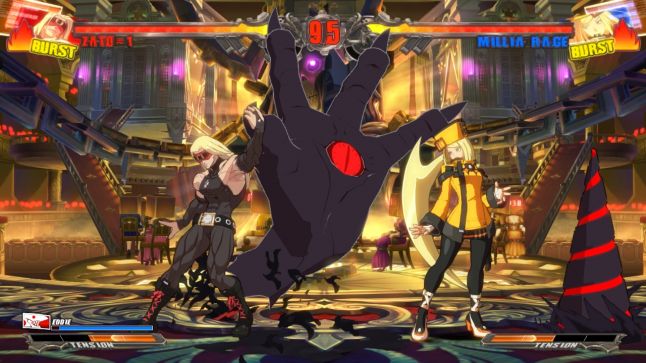 The Guilty Gear series, including the recent Guilty Gear Xrd---hands down the best designed fighting game ever," Sirlin says. "Guilty Gear's characters have enormous variety, and they have several features in place to ensure every character can deal with everything thrown at them. That's done through universal defense options and safeguards shared by all characters: 'green blocking' (aka faultless defense), 'white blocking' (aka instant block), 'alpha counters' (aka dead angle attacks), progressive gravity, hitstun decay, guard meter, burst, and f+p invulnerability to name a few."

"Burst deserves special mention. They took a joke thing called 'Combo Breaker' from Killer Instinct that no serious fighting game would touch, and made it into a fantastic 'get out of jail free' card that you get to play about once per round, but that can be baited by a thoughtful opponent. It's so good that other fighting games (especially Marvel vs. Capcom 3) feel lacking by not having Burst." "The 8-way run system in this game feels fantastic," Sirlin says. "It's actually been the easiest fighting game I've found to teach new players. It's just very intuitive that you hold up to move into the screen, hold down to move out of the screen, etc. It also gives you access to a large set of moves without needing to do any complicated commands. Basically any direction and any button gives you a different move. The combat system overall is kind of a simplified Virtua Fighter, and might not be as deep as Virtua Fighter, but it's so intuitive and feels so good that I actually prefer it."

This game does something really interesting with its counter system, according to Killian. In Arkham Asylum, when you hit the button to counter, the frame window is rather large---something around 40-50 frames. That's huge in fighting game terms.

"They had a really big window on the counter," Killian says, "and that not only makes the game fun---and kind of easy---but they handled it in a super smart way. 40-50 frames is enough of a difference that you would feel the delay between hitting the button and the counter happening on-screen. That would lose the sense of immediacy; the crisp action.

"So what they did is, when you hit the button, Batman will twirl and his cape will flash in front of the screen---which is a totally Batman thing to do. It was great. For one, it made you feel like Batman---the twirl is the kind of move you expect Batman to do---but also it covered the frame window. With the cape twirl, you're no longer looking at Baddie McGee waiting for his fist to impact Batman. You want the counter to trigger when his fist actually connects with your character model, but that would be hard to do without a small frame window.

"Normally either the window for a successful counter is super tight---which sucks, because your players will fail all the time. Or you have a big delay from when you push the button to when you see that action on screen---and that feels bad for the player in a different way; it feels like you're having your hand held. The cape twirl opened the doors for the game to both appeal to casual players, as well as to feel responsive. Even though the game actually is holding your hand in a big way, you still feel like a badass."