25 years on, devs reflect on the influence and impact of Star Fox

The future keeps getting older.

Twenty-five years ago this month, Star Fox for SNES released in North America. It was Nintendo's first real foray into 3D gaming and the start of a years-long push of squeezing every ounce of power out of their aging 16-bit hardware.

As Sony Playstation and Sega Saturn loomed, here was Nintendo, with the help of technical wiz kids from England’s Argonaut Software, pushing the kinds of polygonal graphics onto home television screens that until that point had only been seen in arcades or high-powered PCs.

“I think it was sort of an experiment for Nintendo,” says Giles Goddard, one of the game’s main programmers, “to see whether a 3D game would sell.”

The experiment was a grand success: In June of 1993, Nintendo touted Star Fox as “the fastest-selling video game in history,” with 1.7 million sales in Japan and the U.S. through March. A sequel on the Nintendo 64 would cement the franchise’s place in the Nintendo canon.

But the series would only produce four more original games in the two decades since. After a propulsive start, Star Fox has become something of an enigma: Rabid fans clamor for new entries and in-game quotations permeate the popular culture, all in the face of mixed critical and commercial success for the rare new title.

"All three of us game side programmers [including Dylan Cuthbert and Krister Wombell] had a hand in everything basically. That's how games were made back then."

In many ways, the gaming industry has moved on, exploring wide open spaces and never-ending universes instead of Star Fox’s tight, corridor-based dog-fighting action. But a generation of developers who grew up playing as Fox McCloud and saving Slippy Toad are now taking us flying in their own kind of cockpit.

I spoke with two developers whose work has been influenced by Nintendo’s polygonal debut and one who actually wrote some of the code for the original game himself. At a quarter-century old, is Star Fox getting long in the tooth? Or is there hope yet for our favorite wise-cracking animal pilots?

Shaping a generation of game devs

Tyler Tomaseski is co-founder of Polyknight Games, developers of this year’s free-flying game InnerSpace. He first saw Star Fox at a friend’s house. Though playing it today reveals a kludgy frame rate and a screen filled with simple flat shapes, in 1993 the experience was a revelation.

“I got to play through Corneria and fight the Attack Carrier,” he wrote me in an email. “The graphics and the gameplay blew my mind... It was the coolest and most epic game I had played up to that point.” 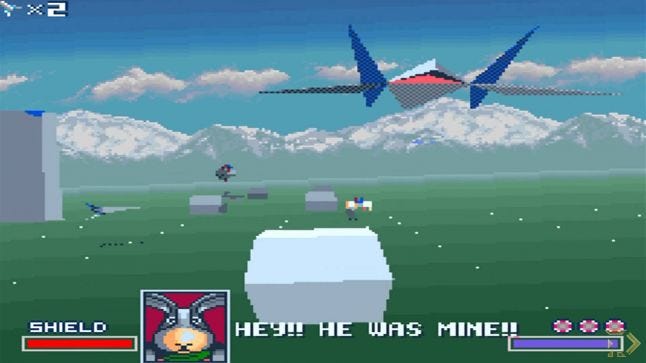 Aaron San Filippo, who with his brother Forest co-founded Flippfly Studios, drew on Star Fox’s style and design in making their 2013 game Race the Sun. “I love how focused the game is. It just puts you right in the action, and asks you to master a very simple set of skills.”

Back in the early ‘90s, though, creating a polygonal 3D space-flight game on underpowered hardware was no simple task. The team that made Star Fox was well-practiced. In 1986, Argonaut Software released Starglider on the Atari St; the arcade flight game used wire-frame graphics reminiscent of Atari’s 1983 Star Wars arcade game.

After putting out a sequel in 1988, the studio was commissioned by Nintendo to make X, a Game Boy space tank shooter that employed similar technology. The Kyoto-based giant was impressed by the work of these young lads from Britain. Argonaut was brought in to help build the Super FX chip, which, when embedded onto certain SNES cartridges, allowed for polygonal graphics and 3D movement.


Goddard remembers the task fondly. “All three of us game side programmers [including Dylan Cuthbert and Krister Wombell] had a hand in everything basically,” Goddard tells me in an email. “That’s how games were made back then.”

"If I was proud of something, it would be the macro-based scripting language I made for the enemies. The entire game was programmed in ASM which made programming enemy strategies very tedious without it."

In an age where AAA games are built across continents by hundreds of people, it’s difficult to imagine a high-profile, first-party game built by essentially three people. But the small team allowed for each member to have a sense of ownership over the title.

“If I was proud of something, it would be the macro-based scripting language I made for the enemies," says Goddard. "The entire game was programmed in ASM which made programming enemy strategies very tedious without it.” And that back-and-forth tension between your pilots and the enemy ships would prove to be one of the more enduring elements of Star Fox’s design.

Long before becoming a game designer himself, Tomaseski recalls feeling the immersion created by Goddard’s careful scripting of enemy movement. “Getting messages from your squadmates throughout a mission really created a sense of comradery and shared danger,” Tomaseski recalls. “They each accepted the same risk and you were going to try and help each other... It’s a pretty rare emotion that few games of the era created.”

Indeed, the storytelling within the gameplay elevated Star Fox among its peers. When many CD-ROM games were leaning on mid-mission cinematics to make us feel we were playing a lo-fi TV show, Star Fox’s mid-battle babble between pilots and the possibility of losing your squadmate for the next mission gave each playthrough an escalated sense of drama.

But at the time, the big draw was the graphics itself. It was a peek at the 3D battle to come.

“The FX chip had very primitive texture capabilities,” Goddard says, “hence the sparse use of textures in the game. So we knew that would be the next big thing for 3D.” 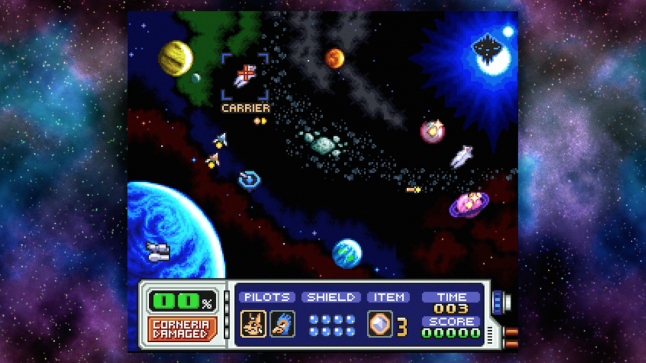 That ‘next big thing’ approached so rapidly that the 16-bit sequel, Star Fox 2, was scrapped for fear of looking primitive next to the new wave of 3D games on PlayStation. “It was interesting seeing the different approaches that Sony took versus [Nintendo with] N64. Sony sacrificed pixel quality for speed whereas [Nintendo] went for pixel quality over fill rate. Both were equally valid routes to go down at the time.”

And Goddard would know; he left Argonaut to join Nintendo in Japan, programming Mario’s elastic face for Super Mario 64’s iconic title screen and working on 1080 Snowboarding among other titles. When asked about the fate of his first big game, Goddard remains nonplussed.

“To be honest, I don’t think it had much of an impact on the industry,” he admits. “As a genre, it had already been done in the arcades with Star Wars and Starblade. The timing, of course, was important; it was the first time 3D could be played on a home console. So that was new.” 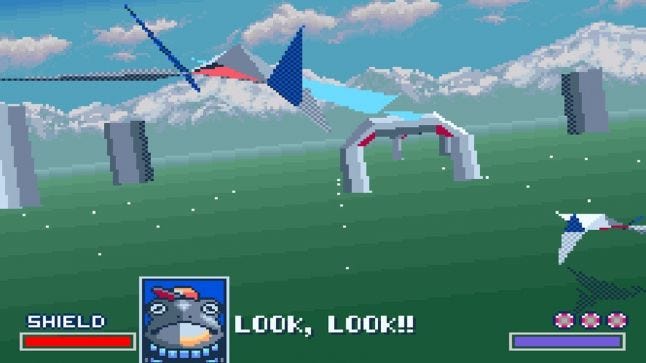 San Filippo wonders whether Star Fox’s waning influence is because of the franchise’s widening ambitions. “I think the linear corridor design was what made the game special,” he says, referring to the limited horizontal movement and on-rails focus that drove the player forward. “I was sad to see the follow-ups move in another direction.”

With Star Fox Adventure’s on-foot sections and Star Fox Command’s touch-based strategy leanings, the series certainly expanded beyond the original’s scope. Such ambition is to be commended. But as often as players say they want new things, they also want old favorites to stay the same. If Star Fox is to be revamped for the future, perhaps it will only find success in a return to the original’s stripped down roots.

Goddard’s company, Vitei, responsible for Steel Diver and Tank Troopers on 3DS, has pivoted toward virtual reality in recent years. The shift has him back at the forefront of technology, again working in a cutting-edge field where the rules have yet to be made. Maybe this is where Star Fox deserves to live; Not as a full-fledged blockbuster tent-pole, but as it began: An experiment.

“I’ve actually talked to Dylan [Cuthbert] quite a lot about this and we both agree on what [Star Fox] would look like if we did it now with today’s tech,” Goddard says. “It would concentrate on the the fundamental dynamics that made the original fun and do away with some of the gimmickry introduced in remakes. We just need a couple of million dollars and Nintendo’s blessing."