The Final Station is half zombie shooter, half train sim

"In the narrative, I always look up to Edgar Wright's movies, like Hot Fuzz, [in which] you can see all these mini-stories happening in the background if you look really close," says dev Oleg Sergeev.
Alex Wawro
Blogger
September 07, 2016

The Final Station, which launched last week, is a story-driven, sidescrolling shooter in which ammo is as scarce as friendly faces.

Taking place 106 years after an unexplained event called the First Visitation, society has been rebuilt around preparing for a Second Visitation. Trains are the links between towns that keep things running.

The player takes on the role of a train driver as things start to fall apart, looking for survivors, keeping them alive, and trying to fulfill a mission that may be of vital importance to the survival of humanity.

Do My Best, the studio behind The Final Station, is made up of two people, Oleg Sergeev and Andrey Rumak. Sergeev originally envisioned The Final Station as a simple game to work on after the failure of his previous game project, a Zelda-like adventure game that was in development for two years.

"We all have this nice idea of taking a train to go somewhere, romanticized by the Hollywood movies," he says. "And I wanted to recreate this feeling in the beginning. But after that our game moved into a different direction, became more intense, less about relaxing train travels." 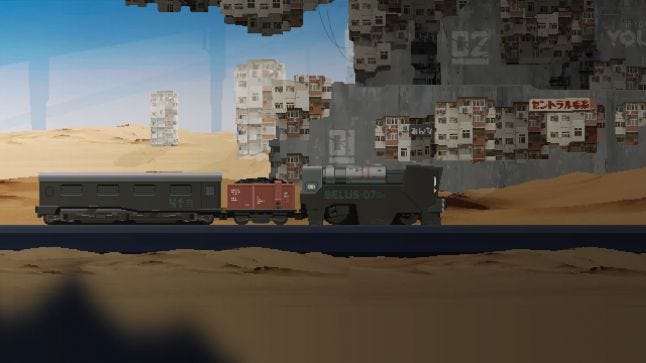 The game has almost nothing in the way of cutscenes, instead relying on environmental and background storytelling to generate tension. "In the narrative, I always look up to Edgar Wright's movies, like Hot Fuzz, [in which] you can see all these mini-stories happening in the background if you look realy close," says Sergeev. "I'm trying to do [something] similar; every room in this game has a meaning, it's not just random interiors. Every station has a story inside and it's often connected with other stations, and that all is happening in parallel with the main plot."

"We tried to create a game where you need to connect all pieces of the story bit by bit," says Sergeev. "You can finish the game and you'll get only 30% of all that happened in this world. All massive actions in the game are happening in the background. The main character can only see the aftermath." 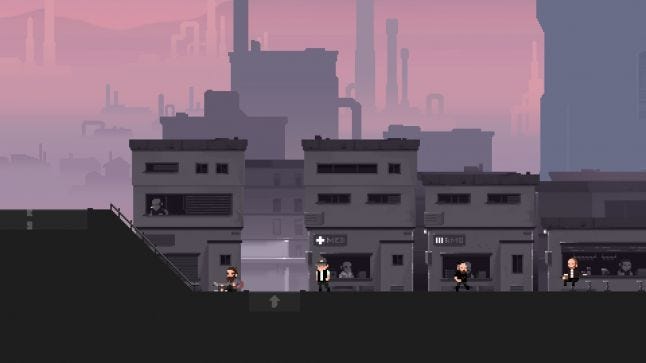 Nothing in the game is procedurally generated, though the developers took inspiration from roguelikes in the sense that the player can't see what's in a room until they've gotten to it. On their approach to level design, Sergeev says, "It's a very different approach every time. Sometimes I'll start with the main story, what happened to this location in general, then I get into small stories and details. But sometimes I start with buildings and paths, and come up with ideas later. It's still fun to do it both ways."

Sergeev thinks the development of the mood-setting aesthetics of the game follwed a natural progression. "We started with horrible colors and styles, and by updating art all the time we came up with this style," he says. "Yesterday I finished our artbook, and it was a really weird experience to look back at the older art styles of the game. Our friend Geoff Hart-Jones created the music for the game. We tried several other composers before we found Geoff, who understands completely what we need." 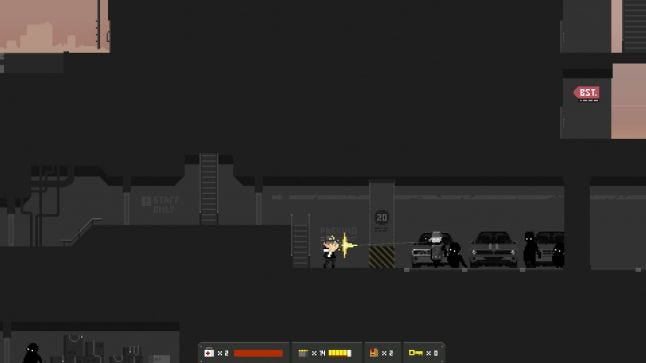 Although Sergeev says that finding the right composer was a challenge, Do My Best was also surprised by the fact that playtesters' playstyles didn't reflect what they expected at all. "People are playing our game more cautiously than we thought they would. I'm always rushing through locations, shooting zombies, but I always know what is waiting for me, because we created [the levels]. Other players are more careful. Even if they know what is waiting for them, they often try to step back into safety, which was really unusual to me, and because of that we had to do a lot of rethinking of our design process."