Sonic the Hedgehog's origin story, according to the devs who made him

It’s been over twenty years since the debut of Sonic the Hedgehog, and today at GDC 2018 two of the game’s original developers spent an hour diving deep into the story of how Sega's iconic blue hedgehog came to be.

Original game designer Hirokazu Yasuhara (who now works for Unity in Japan) joined original character designer Naoto Oshima (a VP and cofounder at Arzest) onstage to talk about what it was like to try and create a memorable character for Sega in the '90s.

“The question is: why a hedgehog, then?” said Yasuhara. The answer? “It’s a character you can imagine dealing damage by curling up like a ball and rolling around.”

It wasn’t the only idea, of course -- they also considered making Sonic an armadillo, a porcupine, a dog, and a surly old guy with a mustache (this last idea eventually made its way into the character design of Eggman Dr. Robotnik).

The story of how the Sonic team settled on a hedgehog is a bit wild. Oshima says he had planned a trip to New York while the afore-mentioned character discussion was happening internally; knowing that the team wanted to see examples of characters along these lines, he sketched them on boards in Central Park and started showing random passersby, gauging their reactions.

“The result was, the hedgehog was most popular; people pointed at it and really liked it,” said Oshima. “The second was Eggman, and the third was the dog.”

He says he asked himself why that might be, and eventually settled on the answer that lots of people chose the hedgehog because it was cute and “transcends race and gender and things like that.” So he brought the sketches back and decided to pitch the hedgehog as the game's mascot.

While designing the character that became Sonic, Oshima said the idea was to make something striking that could also be drawn by children. They focused on two big points: the big, connected eyes and the spiky blue skin. 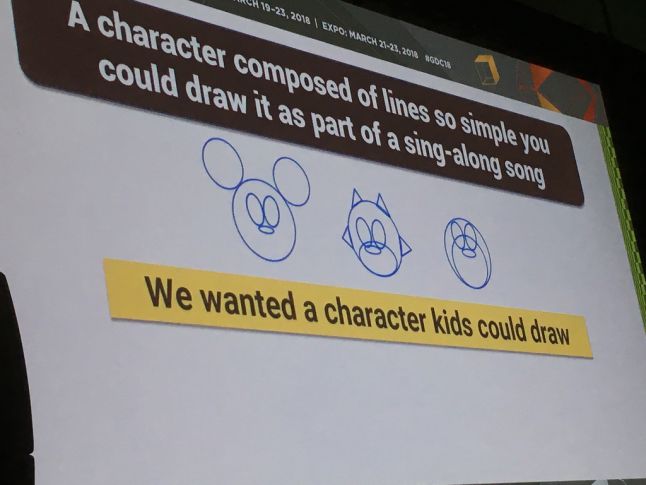 “In creating this character, we didn’t want it to be too foreign or too pronounced,” added Oshima. “We wanted a level of familiarity, and even comfort...the point was to make it into a character that feels familiar.”

In retrospect the pair said that the design of Sonic was freighted with concerns about what a "mascot" for Sega should be. For example, Sonic is blue because Sega’s brand is blue; he’s an animal because it’s easier to be politically correct if your mascot is a colorful animal. A cute, “cool” hedgehog is a good ambassador for Sega’s youth-oriented brand.

“‘Cool’ can be something that’s more on the surface, visual or expressive, or just cool character design...but that wasn’t the cool that we were looking for,” said Oshima. Instead, he said the team wanted a character that was “cool” because of his attitude -- he wouldn’t follow others’ orders and would always fight for what he believed in.

There was another element of American culture that went into Sonic’s design: Oshima was really into leather jackets, emblems, and airplane nose art at the time, so he presented Sonic to the higher-ups as part of the fictional story of a brave pilot.

The pilot earned the nickname “Hedgehog” due to the way his hair always stood straight up, and the nose art on his plane was an image of Sonic. He eventually married an author of children’s books, and one of her books is the story of the original Sonic the Hedgehog game.

“Now that you know a little bit about the story we wrote in coming up with Sonic, I think you can see why the Sonic emblem [on the title screen of the original game] looks the way it does,” added Yasuhara. 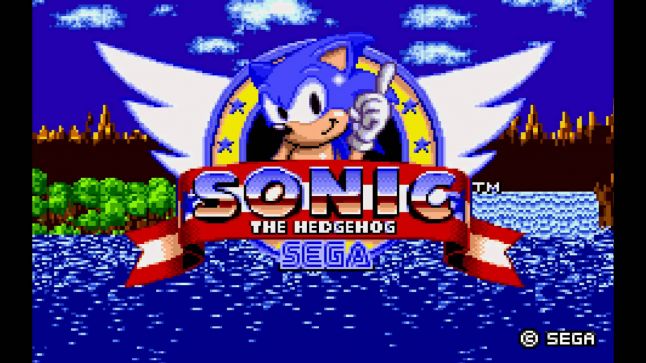 He went on to point out that a lot of the defining characteristics of the original Sonic -- smooth geography like loops and tunnels, multi-scrolling, lots of objects [rings, etc] on-screen -- were created to try and showcase what the Sega Genesis/Mega Drive could do.

But as it turns out, a good portion of the game's design was done by hand, with pen and paper. To design levels, Yasuhara says “I actually didn’t have proper game design documents.” Instead, he’d sketch out a design on paper, then show it to an artist and discuss how they could make it work.

Levels would be drawn by hand, assembled from the limit of 64 “parts” or panels in each zone -- though some would be off-limits since they were background assets. 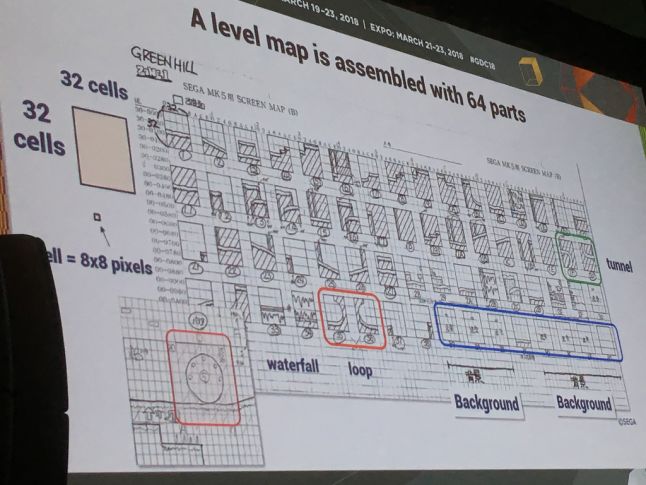 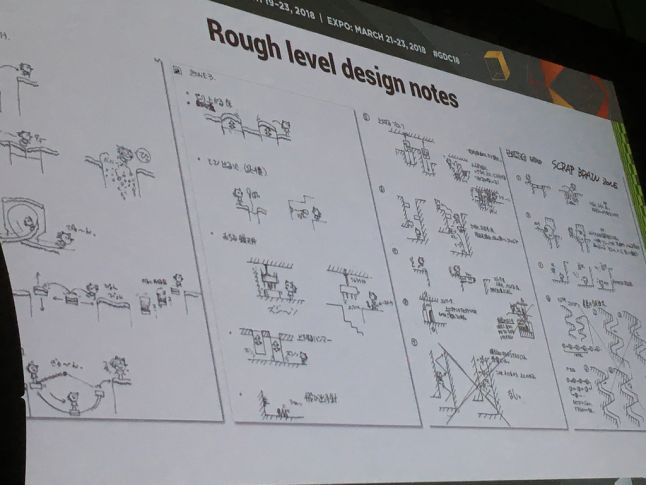 “So for Eggman or any of the other non-player characters, it was the same flow,” said Oshima. “I did not have any experience as an animator, so I had to spend a lot of time watching anime, scrubbing back and forth to see how it was done,” said Oshima.

He went on to recall that he really wanted to implement a dancing animation for Sonic into the game, going so far as to sketch it out in great detail on paper. But it wasn’t quite feasible, and so it never made it into the final version.

In the end, Sonic the Hedgehog launched in 1991 and was bundled in with Sega Genesis consoles, something the pair say helped the company surpass Nintendo in the market. Looking back on the process, the pair offers three pieces of advice for fellow devs:

“What I mean by this is, anyone can go out and try to make use of new technology. But more than that, I think it’s a tool that can be used to sort of beat out an opponent that had always had the number one position up to that point,” said Yasuhara. “It’s more difficult for people at those companies to make change happen.”

FUN FACT: After the panel was over, moderator (and occasional Gamasutra contributor) Brandon Sheffield asked both Oshima and Yasuhara to quickly sketch Sonic live on-stage. Here's what Oshima came up with: 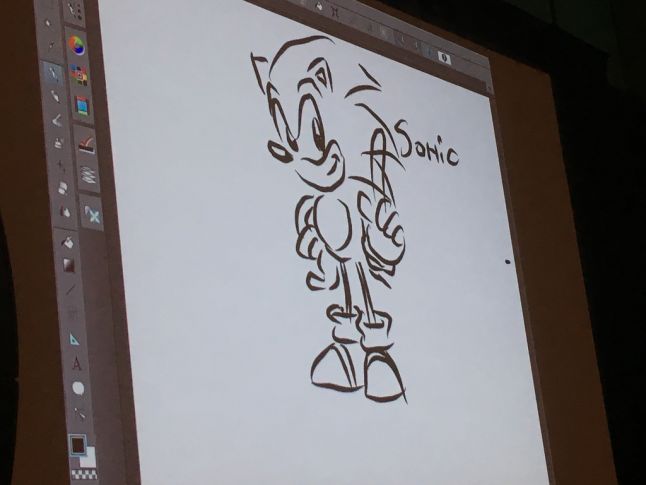