George Fan, the designer behind the massively successful Plants vs. Zombies, is now developing a new game at his newly formed studio. The game, which is called Octogeddon, began life at a 48-hour game jam.

Fan’s new studio All Yes Good, was born at Ludum Dare in 2012. “The theme they gave me was evolution. I started brainstorming, I wanted to make a game where you can keep on evolving. I wanted something with a natural upgrade track that people could easily latch onto, hence the idea of starting with two limbs and adding more and more. Each limb can be a weapon, until by the end of the game you’re a massive shooting machine.”

“During the game jams I’m just scrambling,” Fan says. “‘How do I hack this in, what resources do I still need? “It’s not like you’re making a triple-A game, so if you fail it’s not such a big deal. But game jams are still kind of competitions. My best creativity comes from that environment.”

Octogeddon let's players control a multi-tentacled mutant, a sentient octopus the size of a building. “Something happens that pisses him off, and he decides to bring about the end of the world," says Fan. "The governments of the world send their militaries to destroy you, and you swat them out of the sky with your tentacles.”

While you start with basic attacks, Octogeddon quickly presents unusual upgrades. “You can equip a cobra for a hand that will shoot venom at enemies," he says. "Or if you want to do heavy, close range damage, you can attach a lobster claw. The name of the game is to destroy everything.” 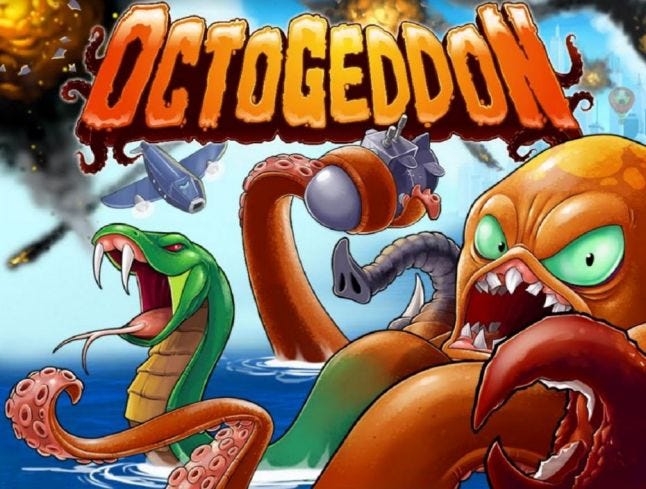 While the end game is total annihilation Fan makes it clear the game is about having fun, and creating a ridiculous looking, rampaging monster. “You’re the bad guy, but it’s very tongue-in-cheek.  We don’t want you to feel bad about destroying the world.”

The game jam concept was so well received, Fan decided to take the next step and start developing it with a small team of former PopCap colleagues. The process followed a design flow he’d established designing the original Plants vs. Zombies.

“PvZ also started as a prototype," he says. "I don’t like to have a cloudy idea and just dive in, I like to get a basic version of a game running first and test it, and once it’s fun to play it’s easier to take that seed and flesh it out into a full game.” 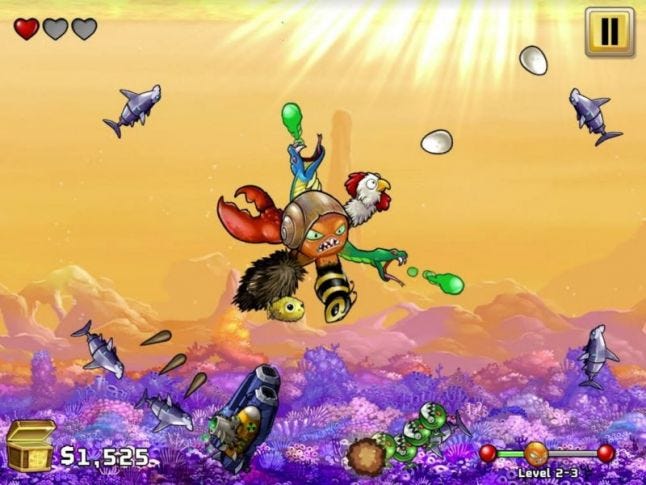 That PopCap experience also came in handy when he started to staff up. “I enlisted my good friend Rich Werner who did original art for PvZ, and Kurt Pfeiffer, the programmer on the XBLA version.” Fan says it was important to bring some of the quirkiness and style of PvZ to bear on his new project, and that he does his best work with a small team.

“I’ve worked with larger teams before and I’ve found I like to work with a bare bones team because it lets me influence the game a lot more. It lets me focus on design.” He learned that lesson at PopCap, where the core Plants vs. Zombies team was one artist, one programmer, and Fan as lead designer.

“I take input on everything but usually the team trusts me to make the right decisions about design and how the game plays. It allows for a smooth process and all the discussion is positive, there’s lots of back and forth. Everything we talk about is about making the game better.”

The upside of a small team is just one lesson Fan has taken to heart since his time with PopCap. 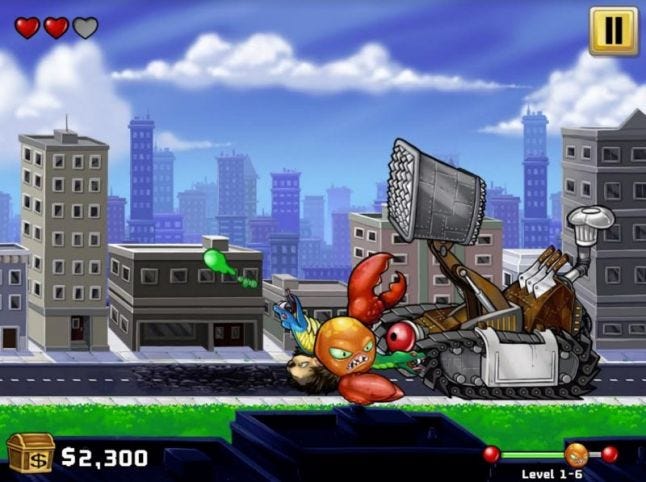 “As a craftsman, as a designer, I learn from every game I make.” He discovered commonalities in all his games, a key one being smoothly integrating themes with mechanics. “I try to come up with real world examples of how things work: cobras shooting venom, sunflowers giving sun.  Players know the sun helps plants grow, so its purpose in the game is intuitive. And each project I’m trying new things, incorporating everything I learned from the previous effort.”

Marshalling all that experience, launching his own studio made a lot of sense. “Since making
Insaniquarium back in the day I’ve decided I love doing this. I want to keep doing it as long as I can.”