Do you wonder what made Forntite so popular? If so, then we cover the eight reasons why it does. By going through the post, you can also learn from its success.
Dr. Michael Garbade
Blogger
June 07, 2019 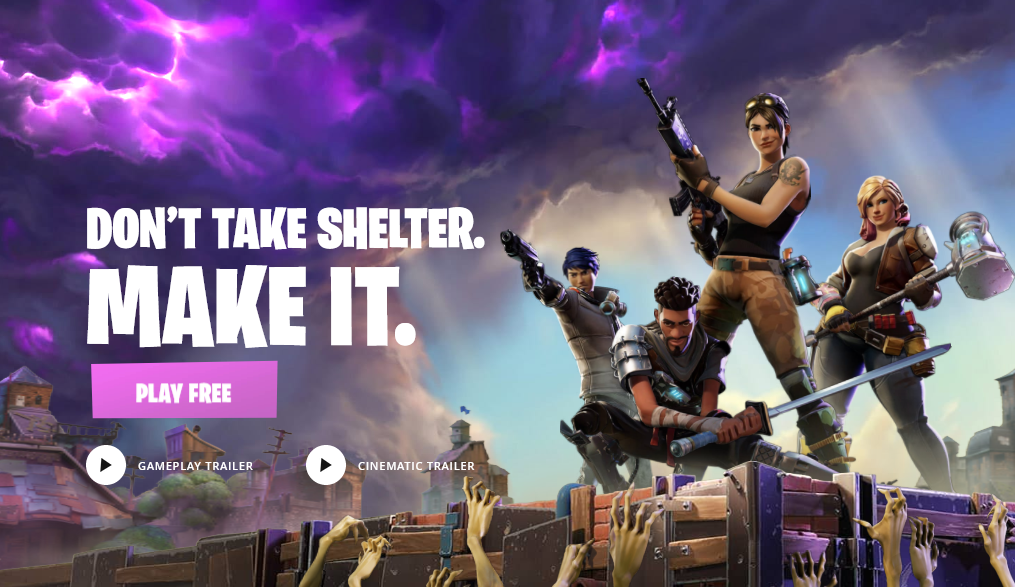 iFiF It’s an open secret that Fortnite is an amazingly popular game.  In fact, it is lauded as the most dominant form of entertainment today that is shaping the gaming landscape.

It has surpassed NFL and blockbuster movies in popularity with movies like Wonder Woman and Spider-Man Homecoming trailing it.

Dzim, a Macedonia-based game development expert who is passionate at teaching people his skills, affirms that “Fortnite, a game belonging to the battle royale genre, is huge!”

The game already has 125 million people already playing it.

With such success, you can imagine how much this highly popular game rakes in. Fortnite was released in October 2017; and to date, it has made more than $1 billion in earnings.

Game developers look forward to their games being such a success and making big bucks in the process.

The Fortnite game developers were smart in playing their cards and they have been smiling all the way to the bank.

The question on the minds of most people, especially those looking forward to developing their own games is, “why is Fortnite so popular?”

If you are a game developer and you’d like to build a game as awe-inspiring as Fortnite, then you’d definitely want to read on to understand the factors that keep gamers coming back to Fortnite.

Is the game fascinating?

Do the adventures give players an adrenaline rush and keep them engrossed in the thrill of the action?

The gameplay should thrill gamers and motivate them to continue their pursuits.

Boring gameplay does not captivate the audience and in many cases, they tend to move to other games that capture their attention.

The traditional gameplay simply does not cut it anymore. Move from the usual predictable results such as winning a reward or capturing a flag for shooter games since it is monotonous and has been repeatedly played over the years, causing a loss of interest.

Create unique and fun gameplay. In fact, the more conventional and immersive the gameplay, the better the popularity of the game.

The ability of the user to interact with the game interface defines how phenomenal it will turn out to be. Avoid cliché designs that don’t challenge the players.

Give them the opportunity to employ their wits and strategic prowess in finding solutions to puzzles and advancing to the next stages.

A smartly designed gameplay allows players to plan their approach and make tactical moves that will propel them forward.

Smart designs boost user experiences and lead to the ultimate satisfaction of the players.

Most complex interfaces make it difficult for beginners to play. Make the gameplay as easy as possible for the players to master, and your game will be a favorite among gaming enthusiasts.

Free games are also popular with players and can drive your game to succeed. You will not entirely miss out on earnings if you develop free games since you can build in-app purchases to make some bucks.

Fortnite is a good example of this. The game is free, but in-app purchases are supported on the interface to drive earnings.

To reach as many players as possible, it is also important to make your games accessible on various popular platforms such as Xbox, mobile devices, PC, and PlayStation.

Who is your target audience?

What are their demographics?

Some games are more popular with certain age groups than others, so it is advisable to understand the players for whom you are developing games.

Knowing your target audience will help you include features that they will find fascinating. For instance, teenage gamers between the ages of 13 to 17 will likely find a game with cartoonish characters exciting.

Once the game you develop is a hit with the audience for which it is intended, it will likely drive earnings and be an outright success.

Fortnite is a joy to look at.

The colors are bright and bubbly and a quick look at it drives away any feelings of gloom or boredom.

Avoid using plain, drab colors on your game if your intention is to capture the attention of players.

Play around with a cartoony environment and watch how much your game will transform the gaming space.

Players seek adventure and thrills from the games they play and it becomes even more fun and interesting when they can share their vivid personal stories on the platforms.

A game with a massive player base is one that is fun to watch and play and is easy to share with friends and other players, as well.

Nothing beats the ability of players to put their actions on a live stream as other gaming enthusiasts watch on. This draws in more views as players get engrossed in the game.

The ability of potential players to get videos and guides online about a game goes a long way in determining whether or not a game will be a success.

Seek to establish an active online community for your games where people can get tips and the pros of the game.

Get people talking about your game and watch how this will drive the views.

Players are not fascinated by a non-responsive platform.

When the developer engages players on Facebook, Twitter, and other social media platforms, the players feel appreciated and their attention is captured.

Gaming trends are not constant. Sometimes they rise and sometimes they fall depending on different factors. It is therefore inconclusive to say how low a gaming craze would last.

Some games trend for a few months before fizzling out. Others hit the gaming industry and they never slow down.

The secret lies in learning how to build better games and then developing innovative games that will captivate players.