A common practice these days for developers who hope to get a game on Steam is to promise keys to the game, should it make it onto the service -- in exchange for Greenlight votes.

Well, Valve has now put the kibosh on that. In a new announcement posted to the Greenlight Developer's Group, Valve has asked developers to stop doing it -- and warned them that if they do, it may delay their chances of getting onto Steam at all.

"This is something we continue to take into account when evaluating titles to be greenlit. The result is that it may take significantly longer for your title to get Greenlit."

An increasingly common tactic of developers is to add their completed game (which may be available on other download services) to bundles with the promise of "Steam keys from the future," as indie dev Robert Fearon put it in this blog post from last October.

"You promise them in exchange for votes to help you get through Greenlight. But that doesn’t always work and things can get really messy here when it doesn’t," Fearon wrote.

Apparently Valve agrees, and is now putting an end to the practice.

A screen-capture of the full announcement is reproduced below. It was originally posted to Twitter by independent, Steam-focused account @SteamDB. Its authenticity has been independently verified by Gamasutra. 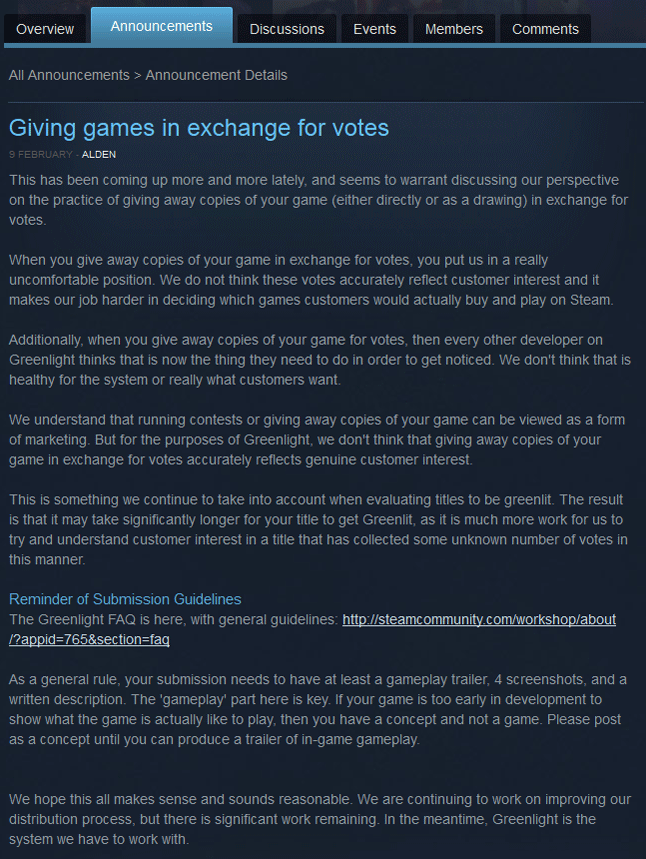