"It should allow us to create a virtuous circle with players, enjoying different experiences across different game modes and business models."
Game Developer
Staff
July 21, 2021

Net bookings at Ubisoft have fallen by 20.5 percent to €320 million during the first quarter of the 2022 fiscal year, but the French publisher said those numbers are in line with expectations.

Commenting on those results, Ubisoft chief financial officer Frederick Duguet said the year started as planned, and that the company actually "delivered double-digit back-catalog growth in Q1 [...] thanks to the strength of our deep and diversified portfolio of games."

Supporting and feeding new players into that back-catalog is going to be crucial for Ubisoft moving forward, according to Duguet. Taking questions during an investor call, the CFO explained that many of the publisher's upcoming free-to-play titles, such as the recently announced Tom Clancy's XDefiant and The Division: Heartland, will allow it to attract new players and hopefully direct them towards olde premium titles in those franchises.

"On free-to-play, the way we'll be measuring success at first will be by measuring audience impact across the portfolio. We'll also be looking carefully at engagement and the percentage of recurring revenue. We expect, of course, that free-to-play games will have a standalone base as well contributing to the performance of the overall brand," commented Duguet.

When asked whether investors should assume that the total number of The Division players will increase after Heartland has released, Duguet suggested that would be a reasonable prediction to make.

"That's the expectation, because we expect the business model will be more accessible to more people, allowing us to accelerate our growth in emerging markets. That will also build bridges between premium and free-to-play games," he added. "It should allow us to create a virtuous circle with players, enjoying different experiences across different game modes and business models."

That talk of creating what would essentially be an ecosystem of self-sustaining franchises (just see Ubisoft's plans for 'The Division Universe' below) comes after Ubisoft revealed it would be turning its flagship Assassin's Creed franchise into something that sounds very much like a live service game.

At the start of the month, the company confirmed the next Assassin's Creed title will be a cross-studio collaboration called Assassin's Creed Infinity. Ubisoft, however, only officially announced the project after Bloomberg reported it would be a "massive online platform that evolves over time." 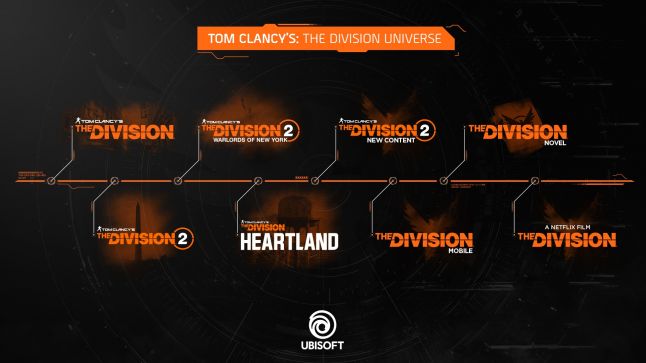