"We think player stories are much more interesting than authorial narratives, and we think there’s a lot left to discover in player driven humor, so whatever we do will include these pillars."
Game Developer
Staff
August 11, 2021

The core talent from Typhoon Studios, the developer behind Journey to the Savage Planet, have reunited to open a new studio called Raccoon Logic with backing from Tencent.

The new opening will be based in Montreal, Canada, and has managed to acquire the rights to Journey to the Savage Planet from Google, which bought the franchise alongside Typhoon Studios back in 2019 to help bring first-party content to Stadia.

The founding members of Typhoon include creative director Alex Hutchinson, who previously held the same role at Typhoon and prior to that directed Far Cry 4 and Assassin's Creed 3 at Ubisoft, and studio head and executive producer Reid Schneider, who also served as studio head at Typhoon and helped establish WB Games Montreal.

Chatting to Gamasutra about their broader ambitions for Raccoon, Hutchinson and Schneider spoke of a desire to take risks, act decisively, and commit to being creativity-led rather than production-led.

"While that sounds simple, what it translates to is that we always need to make the best decisions for the project rather than potentially arbitrary dates or initiatives that may not translate into success for the project or studio," Schneider says. "That’s not to say that we don’t have milestones and deadlines -- we absolutely do -- but at the end of the day the creative leadership needs to be able to make the final calls for the game."

Schneider specifically highlights the value of sustainable development, explaining the Typhoon team "never did any crunch or mandated weekends." The co-founders intend to replicate that mindset at Raccoon, and suggest it's vital the entire team feels supported and safe. 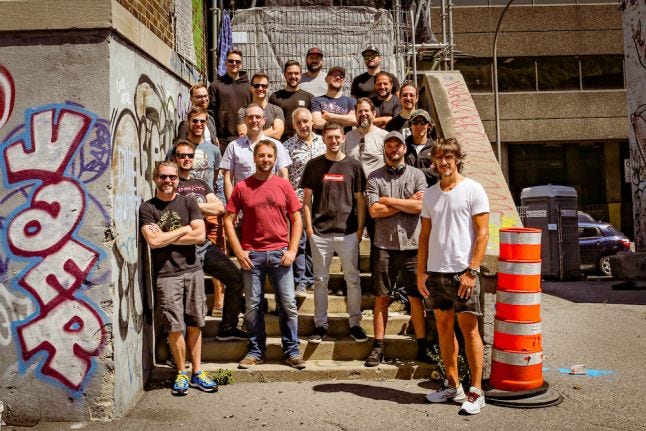 After getting some of the band back together -- the new studio is roughly 75 percent Typhoon and 25 percent new faces -- Raccoon looks set to hit the ground running on new projects in the action-adventure genre, and has already begun work on an as-of-yet unannounced debut project.

"We want to build on our strengths and really master the kind of games we believe in until we hopefully make a great one," explains Hutchinson. "We think player stories are much more interesting than authorial narratives, and we think there’s a lot left to discover in player driven humor, so whatever we do will include these pillars."

New adventures in the world of Journey to the Savage Planet are also on the cards, and although the duo's time at Google Stadia didn't go exactly to plan, both Hutchinson and Schneider are grateful the tech giant recognized the value of letting the franchise live on.

"I can say that we really appreciated Google’s willingness to sell us back the IP and source code from the first game, and everything we had been incubating while we were there," says Schneider. "Google as a company is much more used to acquiring things, rather than letting them go, so it was quite a lengthy -- and sometimes complex -- process, but they understood that the original core game had developed a relatively large fan base, and that letting the IP die-off would not benefit anyone."

Although Raccoon were able to pull Savage Planet from the wreckage after Google chose to pivot away from internal Stadia development, resulting in the closure of its two development studios and an exodus of creative talent, they couldn't save Typhoon itself. Yet, despite being caught in the Stadia cross-fire, both Hutchinson and Schneider believe the cloud streaming service still has potential.

"Google is an amazing platform company with some of the best tech in the world. In my honest opinion, I think it just came down to the level of investment required to reach scale. From what we saw at Google, the sense was that if the initiative does not have the potential to reach billions of people then it's better for them to deploy the workforce/capital into other areas," recalls Schneider. "During our time there we also saw Microsoft acquire Bethesda for $7.5 billion, and Amazon’s continued challenges in launching top titles. It's not hard to imagine why a company as successful as Google would reconsider its original planning with forces like that in the world."

Those remarks were echoed by Hutchinson, who said Typhoon joined Stadia out of a desire to work on a single platform in the same company as the hardware creators. "[Going first-party] was the last thing on my bucket list," they explain, lamenting the fact Typhoon couldn't quite made good on that promise. "I still wish we’d been able to finish something. But, that said, I think [Google] realized that content is scary and risky and expensive and takes lots of trust in people, and it just wasn’t their core business. I still believe in the possibilities of Stadia though, and I really hope they deliver and it succeeds so we can ship games on it." 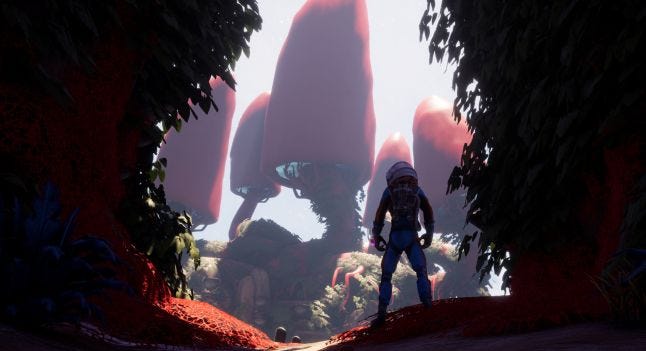 When it's eventually time to show what they've been working on this time around, Hutchinson and Schneider intend to go properly global -- and that's where Tencent comes in. The Chinese conglomerate, which owns high-profile studios like Riot Games and Supercell, has been on something of a spending spree of late, and grabbed a minority stake in Raccoon to help the studio realize its ambitions in China.

"It’s great to have found a group like Tencent who believe in us and are coming in with a strong investment. It’s not a worry this time as it’s a pure investment, and they’ve taken a minority stake in the studio, so we still have full creative control. And this time around we are very interested in getting our games out in the Chinese market and we think they’ll be a huge help in that regard," says Hutchinson.

That pivotal investment should ensure Raccoon can acquire the tools and the talent it needs to fully realized its debut project, and Hutchinson claims it will also allow the studio to make significant headway before it starts flirting with publishers.

"The early investment from Tencent is a huge boost, meaning we can do significant work on our own before we start talking to publishers," he continues. "We love systemic games, games with a sense of humor and a big heart, and games with strong flavors that get reactions from players. We’re going to keep pushing on those ideas and we’ll have something to show soon."