The gaming sector is one of the fastest evolving entertainment sectors, thus it sets the latest trends regularly. With each passing day, developers introduce a new gaming approach and concept to enticing more players into the sphere.
Vivek Sonchhatra
Blogger
April 09, 2020

Advancement in technology has boosted the leaving standard of our life. It has introduced new and unbelievable solutions which have made our life much better than ever before. This solution poses the capabilities to provide users with an interactive and exceptional experience. Modern technology has proved to be a miracle for all the industries, and the gaming industry is one of them.

Digital technology has boosted the entertainment level of gamers by enhancing their experience to a great extent. Impressive games have become great leisure and a pleasant distraction activity for game lovers these days. The technology used for the gaming industry has evolved to a great extent and has offered gamers with end number surprises by adding more excitement in their entertainment. According to a recent report, the market's largest segment with a market volume will amount to mobile games, it is expected that the market will reach around US$52,085m by the end of 2020.

Gaming Industry: Explore to Know Which Trends Will Rule in 2020

Technology has changed the players' choices drastically. How players and the gaming experience has changed due to modern technologies such as augmented reality, virtual reality, and many others. For instance, let's take the example of “Pokemon Go” which was released during the last few years. This modern game experienced a skyrocketing rise in the number of downloads within two days after its launch.

Do you ever know what has made “Pokemon Go'' so popular among gamers? It's the integration of modern technology very well known as Augmented Reality (AR). Due to the integration of modern technologies, revenue in the video game in the segment is estimated to reach around US$87,441m by the end of 2020. While this revenue is estimated to show an annual growth rate of 2.2%, which results in increasing the market volume of US$95,388m by 2024. (Source) 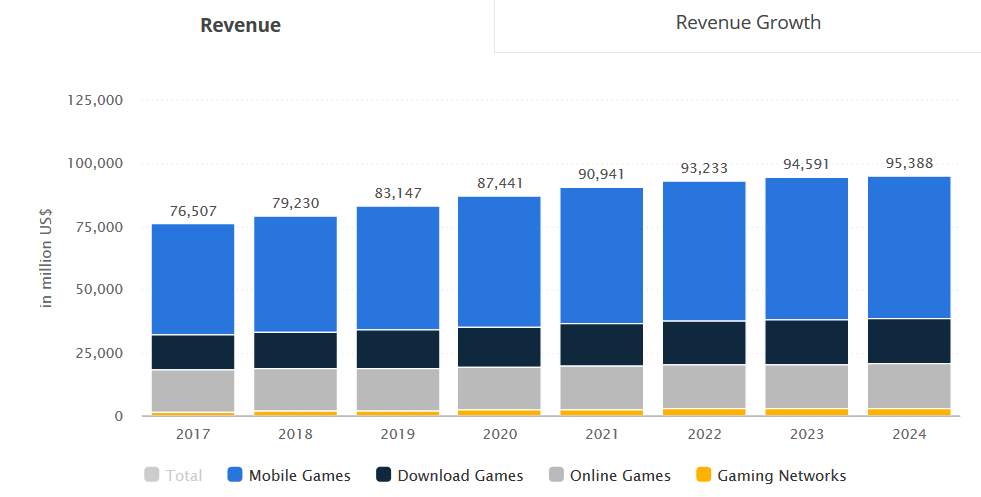 However, there are numerous gaming trends which any of the individuals involved with the gaming industry have to consider in order to keep their audience engaged and offer them impressive experience, this might also help you to differentiate yourself from your competitors. Explore the list to know which are the major trends that have picked up on in recent years and have changed the way gamers play and enjoy their favorite games.

Today almost all the people prefer to play games, in one of the reports it was found that more than 36.4% of players belong to the age category between 25 to 34 while 23.2% of gamers belong to 18 to 24, hence it's clear from this data that almost al group of people love to play games on a regular basis whenever they get time from their busy day to day schedule. 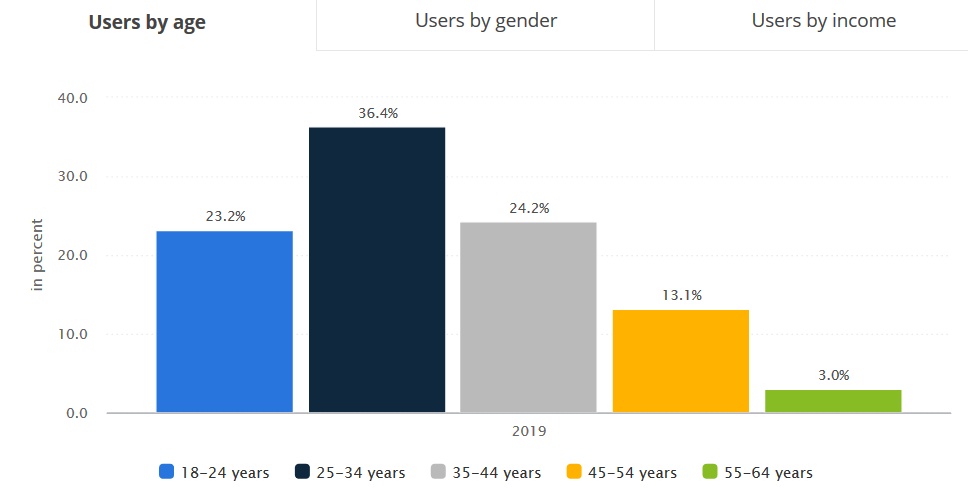 During the talk, one of the modern teenager's experts in the research conducted by the Nickelodeon said that presently we are experiencing the first generation of parents, most of them have been brought up playing games themselves. But today, parents are eager to share their knowledge and passion with their children.

During the recent survey which was conducted on UK families, it was found that more than 75% of parents prefer to play games with their children, children belonging to the age group of 10 or less than that take the gaming recommendations from the parents. They are very eager to know what their parents play and recommend them to play. (Source)

A recent report shows that more than 34% of children under 11 own their own smartphones or tablets when they enter secondary school. They use their smart gadgets for various purposes, like exploring apps, websites, playing games, and many more. This result in swiping seamlessly navigates between the real and digital world. 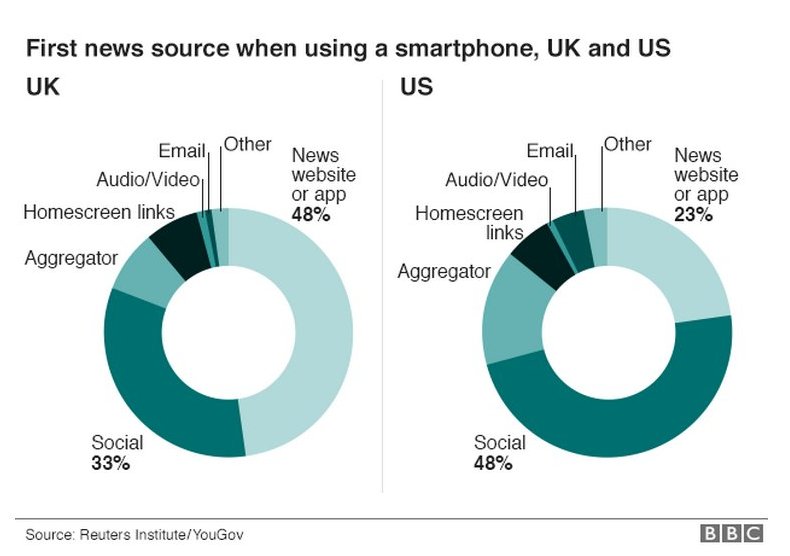 Nowadays, players expect to have a 360-degree play, thus they avoid those gaming platforms which don't provide 360-degree experience to them. If you are aiming to provide your players with the best gaming experience, then you can take the support of the angularjs development company while crafting the gaming solution. They will definitely help you to develop excellent gaming solutions that satisfy all the needs of the gamers in real-time and provide them with impressive experience each time they choose playing on the platform.

Face recognition is one of the modern technological trends which are mostly associated with the security-based apps for surveillance. This advanced technology has expanded its reach and has become part of the gaming industry in recent years. For example, the NBA-2K15 video game poses the capabilities of scanning the faces of players and allowing them to choose their favorite players. Players are facilitated to play alongside their favorite athletes once after the face recognition process.

Wearable technology bagged huge popularity after the release of Apple Watch in 2015. Companies have started using this advanced technology for fitness purposes but now have shifted their focus to using the same technology for the gaming industry too. Gameband was recently launched for the gamers to provide them with a modern touch, this smartwatch was developed for game lovers, it was started with the aim to allow gamers to play the game without the need staying close to their PCs or tablets.

Gamers have experienced a lot of virtual worlds with the games such as Club Penguin and Moshi Monsters, these games can easily be operated on personal as well as social spaces. But modern day's games are exploiting improvements in networking features and broadband connectivity, this ensures offering more dynamic social experiences to the players.

Minecraft has provided users with opportunities to meet their friends and talk while working collaboratively. Besides this many other games like The Crew, PUBG, and many others have emphasized the sense of socializing, connectivity, and sharing. Now players can create the group and can play online with their friends and families they can even invite other people to help them through social media, this has resulted in adding more encouragement and interest to players playing experience.

Gamers now just don't watch the development of the game, but they will also contribute too. Most of the gaming campaigns are offering gamers with creative roles in the project, any of the individuals can contribute as a voice actor or can help in the music composition of the game. They are also facilitated to see the return of user-friendly map editors with well-known titles such as Mario Maker, Doom set, Hotline Miami 2, and much more, all this offers powerful creating tools to the gamers which allow gamers to create their own level and then share the same with other players online.

Voice recognition is one of the modern technology trends which already exists in the gaming sector, but the potential of it hasn't been realized yet by most of the people. Due to the advent of modern computers and microcontrollers, it has become possible for gaming sectors to develop advanced games that provide players with an improved experience. This has resulted in getting rid of the hassling and boring process of scrolling a big list of things again and again.

Gamers can use their voice for specific selections, this has offered them a great way to interact on social media and improve UIs in gaming. There is no doubt that the gaming sector is a deep space to integrate a voice recognition technology, but this technology will help players to develop great relations or bond with the main character of the game. There are multiple ways using which developers can integrate voice recognition technology with the gaming platform, and these ways will surely be considered by the developers in the upcoming years

Modern technology and trends are here to stay for a longer time. Even it is quite clear that these modern trends have offered great opportunities to almost all the sectors, including the gaming sector.

The gaming sector has a promising and long way ahead within the upcoming years, gamers will come across various projects which have been developed using the latest technologies such as AR, VR, and many others. The intersection of modern technological trends will help in defining and shaping the final state of the gaming sector. There is no doubt that these modern trends will provide gamers with a more impressive and engaging experience, which they never had before.