The Wii is a challenging environment for developers and publishers, and no magic solution has yet been found -- so Gamasutra examines the state of the market and speaks to publishers and analysts to get some perspective.
Game Developer
Staff
January 08, 2010

Tumbling Wii hardware sales and analysts' comments about whether the Wii bubble is deflating have some third-party publishers re-examining and re-jiggering their strategies.

Some of the most troubling concerns about the possibility of waning enthusiasm for the Wii include whether there are too many Wii games on the market, whether gamers have had their fill of so-called Wii casual or party games, and whether publishers have a handle on the moving target that is the Wii audience.

Take the case of third-party publisher Capcom, whose stock rose to a five-year high in September, 2007 due to increased support for the Wii, according to the company.

At the time, its CFO spoke enthusiastically about Capcom's Wii portfolio -- which had doubled from three to six games -- and was poised to publish Zack & Wiki: Quest For Barbaros' Treasure the next month.

But Chris Kramer, Capcom senior director of communications and community, said even though "it was one of the highest-rated Wii games and was beloved by the media, it sold abysmally -- about 120,000 units in 26 months -- for no apparent reason.

Similarly, Japanese publisher Marvelous Entertainment focused heavily on Wii and PSP releases in 2009, but the company found a considerable difference in its success on the two platforms. Four out of its five PSP games in its first fiscal half were profitable while three of its four Wii games during the same period lost money. 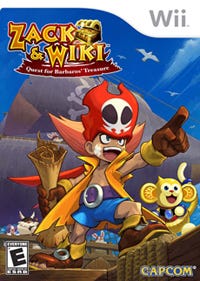 According to Kramer, "If you're not Nintendo, it does seem harder to make money on the Wii today compared to the PS3 and the Xbox 360. It's a very tough market to crack and is ever-shifting."

He recalls that when the Wii first launched in North America in November, 2006, simple casual or party games did so well that they soon saturated the market. "Now, I don't even know what the market is," he says. "

One thing's for sure -- the focus has changed. Stores like Target and Best Buy have reportedly told game publishers not to even bother approaching them with collections of mini games, which they will no longer pick up.

"Third-party publishers are having a hard time determining who the Wii audience is," Kramer adds. "You can no longer say it is solely casual gamers or that only E-rated games own the space. For any sort of solid statement you want to make about the platform or the audience, there are enough opposite proofs to show that it is extremely scattered and chaotic."

But Cowen Group analyst Doug Creutz says that it is the casual gamers who are behind the deflating of the Wii bubble. Revealing the results of a broad fall-holiday survey, he reports that Wii owners are buying fewer games now than they did a year ago while Xbox 360 and PS3 owners plan to buy more.

This, he says, is partially a function of the economy since core gamers are the group least likely to trim entertainment spending when budgets get tight. Consumers who own only a Wii are least-likely to increase their software purchases, he says.

As a result, Capcom is injecting a healthy dose of hardcore into its offerings with games like the M-rated Resident Evil: The Darkside Chronicles and Monster Hunter Tri, an online action RPG. And even though there is no fighting game market on the Wii, it is Capcom's intent to establish one with Tatsunoko vs. Capcom.

"Just because the majority of Wii consoles are bought by casual gamers doesn't mean all they want to play is Diner Dash or party games," notes Kramer. "It just means they want to be on a more affordable platform with a unique controller interface. They are looking for different experiences and we intend to give it to them."

Electronic Arts, on the other hand -- which is the number two Wii publisher after Nintendo itself -- says that declining Wii console sales and a softening third-party software market won't have much impact on the video game giant.

Michael Pachter is more optimistic, viewing the current situation as "a resetting of expectations about the Wii consumer" more so than a "Wii bubble deflation." Pachter, an industry analyst, is managing director of equity research for Wedbush Securities.

"The Wii console sold so many more units than anybody expected in 2007 and 2008 because it was cheap and because of its novel gameplay," he explains, "which set expectations much, much greater than perhaps were warranted. Since then, the Wii has come back down to earth and is now merely outselling the other two consoles by 30 or 40 percent, not 300 percent. I hardly see that as a bubble deflation."

Pachter says that half of the people who bought the Wii -- "the housewives who thought Wii Fit looked like fun, the grandmas who thought that Wii Sports would be a fun thing to play with their grandkids, and the 20-somethings who only wanted to play Guitar Hero or Rock Band... none of them people who you'd call 'gamers'."

"They are not buying much more software. They bought what they wanted and don't feel the need to buy more," he says. "Nor are they aware of what other Wii games are out there. They're oblivious."

It's the other half of the Wii console owners who third-party developers need to address, Pachter says, and Capcom is doing it just right by coming out with a title like Resident Evil whose brand everyone recognizes through movies and simple brand history. Unfortunately, it seems that even that approach may not be working.

"Wii publishers need to concentrate on fewer games but games of higher quality," he says. "There is just too much shovelware around -- like the $15 games in the end-cap bargain bins at Target. Companies like Majesco just spin them out non-stop and there are tons of them. They aren't helping anybody keep their lights on."

"How many of those [Wii games] do you think cost more than $5 million to develop? Probably five," asked Pachter. "And how many cost over $3 million? Probably 100. The problem is that they're so easy to make. I think there are three Wii cheerleader games on the market. There's a lot of that crap around."

Even if a Wii game becomes a bestseller, says Pachter, it is unlikely to create the sort of franchises that make PS3 and Xbox 360 games so profitable.

"Sure, Game Party spawned Game Party 2 and Game Party 3, but is there any question why the sequels didn't do as well?" asks Pachter rhetorically. "Who needs more mini games? It's the same phenomenon as Guitar Hero. Once you have two or three of those games, you have a couple of hundred songs. How many more do you need? The nature of the games that succeed on the Wii don't lend themselves to sequelization and this business is all about creating franchises. Like Madden. Like Halo." 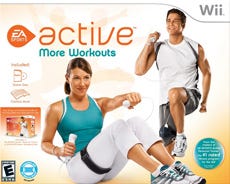 Pachter's best advice to third-party publishers is to either spend less money on their Wii games and have low expectations of game success or spend enough money to make a quality experience that appeals to everybody, like Nintendo's Big Brain Academy or Electronic Arts' EA Sports Active.

Capcom's Kramer agrees with the "fewer but better" philosophy: "In 2010, you won't see as many Wii games from Capcom, but the ones we release will be much larger, event-size games. I also expect to see the market dominated more and more by Nintendo releases with fewer games from the major third parties, like EA, Activision, and Ubisoft."

In Kramer's opinion, no one should perceive the reduction in Wii titles as an abandoning of the platform. "Instead," he said, "it's a case of the third-party publishers trying to figure out how they can make a return on their investment and maintain profitability. Maybe," he said jokingly, "the secret is for all of us just to adopt a Sega model -- and just stick Mario into every game we make."

But, says Pachter, "the real question is what is Nintendo going to do about the fact that their third-party software isn't moving since theirs is a royalty model and less content isn't good for them. They need to do something to encourage the third parties to create more, not less, content. Otherwise, Nintendo is going to lose all its third-party royalties and, well, they can't afford that."