The Switch is closing in on 35 million lifetime sales

The Nintendo Switch has sold 34.74 million units worldwide since launching on March 3, 2017, according to the latest figures from Nintendo.Â
Chris Kerr
News Editor
April 25, 2019

The Nintendo Switch has sold 34.74 million units worldwide since launching on March 3, 2017, according to the latest figures from Nintendo.

The Switch had just passed the 32 million mark at the end of December 2018, meaning another 2.5 million units have been sold since the turn of the year.

As noted in Nintendo's latest financial report, 16.95 million of those sales came during the past financial year, although that's significantly less than the 20 million units Nintendo had hoped to sell at the start of the year.

Even though the Switch failed to meet those initial sales expectations, it was still the best-selling console in the U.S. during 2018, and has been since the turn of the year. According to recent rumors, Nintendo is also keen to give the console a shot in the arm by launching a more affordable model with a focus on portability later this year.

Moving forward, the company expects to move another 18 million consoles in the fiscal year ending March 31, 2020. If that proves the case, we should see the system surpass 50 million lifetime sales in the next 12 months. 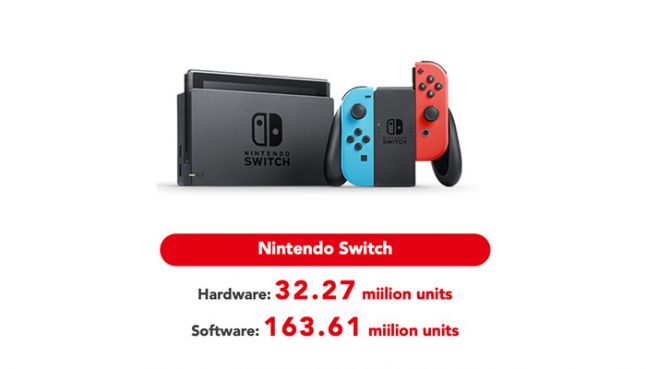