The Secrets of Promotion for Indies

How do you connect with reviewers and bloggers to build buzz around your game? This simple guide will show you the basic steps you need to follow to get people interested in your project.
Game Developer
Staff
January 03, 2013

Erik Sebellin-Ross, an independent marketing consultant specializing in the game industry offers this practical guide to promoting your indie game.

The first step to building sales for your game is generating buzz. And the first step to getting that buzz is promoting your game to journalists, bloggers, YouTube entertainers, and all other relevant influencers.

What you're about to read is a breakdown of a fundamental, tried-and-true process followed by PR people the world over. It outlines what you need to do and say to get attention for your game. So let's get to it.

Journey of a Thousand Steps

This promotional process is called outreach. And it is simply a matter of telling influencers about your game so they can tell their readers or listeners or watchers so, in turn, their followers will learn about your game, become interested in it, and with luck, buy it.

So where do you start?

First, you create a list of relevant influencers. By relevant, I mean influencers who would be interested in your game and who have a sufficient number of followers. The next section will tell you how to create this list.

And, third, with luck, you get sales. 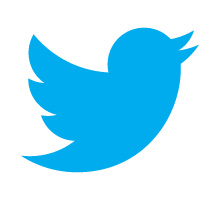 To reach out to influencers, first you have to find them. And not only do you have to determine who they are, but you need to find their contact information. Such as their direct email address. And their direct telephone number. And even their Twitter account.

And, note, this contact information has to be direct because, almost always, any message left in a general telephone mailbox and any email sent to a generic [email protected] will be universally and sadly ignored.

To create a list of influencers, list every newspaper, magazine, blog, and any other venue you want to speak about your game, from Eurogamer and Joystiq to the technology journalist at The New York Times even to Yahtzee. If you are not sure if the venue is worth your time and effort, determine how many followers they have. For newspapers and magazines, look for their circulation number in their advertising kits (look online in the advertising section). Aim for a minimum circulation of 200,000.

For bloggers, look for their monthly traffic numbers using sites such as Compete or Statsaholic. Aim for a minimum monthly traffic figure of 25,000, but keep in mind these sites usually understate traffic, so use them with skepticism.

Next, determine who to contact. If there is just one person at the venue, such as at a one-person blog, then your contact person is obvious. But if there are multiple people, such as at a gaming magazine, then do a search for articles about games similar to yours. The person who covers your type of game is the person to contact.

(Of course, if a publication doesn't cover your type of game, don't waste your time approaching them. For example, a developer creating a solitaire clone for PS Vita would probably have a hard time getting reviewed on GameSpot, which tends to review mainstream titles. Instead, they would be wiser to contact PS Vita Hub, which is more likely to cover news of any and all Vita games.)

Once you know who to contact, you need their contact information. For journalists, you can often find this on the publication masthead (you can find it in the first few pages of the print publication or on their website, typically in the "about us" section). Failing that, call the publication. I don't know where they get their switchboard staff, but I have never called a newspaper that did not have knowledgeable people answering their telephones.

For bloggers, your best bet is to look in the "about us" or "contact us" sections of their sites. For example, you can find contact information for Alec Meer at Rock, Paper, Shotgun at www.rockpapershotgun.com (it's at the bottom of the page). However, it is often notoriously difficult to get blogger contact information, so be prepared to either settle for second-rate information (such as a generic email address) or to just move on if you can't find any information at all.

And remember, if all else fails, Google is your friend. It's not a perfect friend, but a Google search can help you get what you need more often than not.

Now, I can guess what you're thinking: is there any place where I can just get a list? Yes and yes. Sort of.

Yes #1: You can ask an associate if they have a contact list you can beg, borrow, or steal. However, be aware, that even if they have a list, because it was created for their game, it might not be relevant for yours. Which means the influencers interested in their hidden object game might not be interested in your jogging simulator. Also, their list may not be complete and up-to-date. Which means you still have to conduct at least some research.

Yes #2: You can buy a list from a fee-based organization such as Cision. Cision is an enormous database containing everything from names and titles to email addresses and telephone numbers of journalists and bloggers, worldwide.

The problem with services such as Cision is they can be expensive. And while their list should be good, it won't be perfect -- people come and people go, and their database is not updated in real-time. Which means you are, yet again, doing at least some research to fill in the blanks.

Finally, once you have generated a media list, you need to organize it. I do so in a spreadsheet. You can structure your media list however you like. I usually organize mine into seven columns, like so:

In the notes section, I include any actions taken (for example, if I sent a promotional item, such as a T-shirt) and any relevant information (such as meeting a journalist at a conference).

So now you have a list. Congratulations. What do you do with it?

So when do you send a pitch? Prelaunch pitches are sent approximately three months before launch and release date pitches are sent a week or two before launch. (Big budget releases may pitch earlier and more frequently, but they have both a larger game and a larger budget that warrants, and can support, a more intense marketing effort.)

Prelaunch pitches introduce your game and provide tantalizing peeks at some of the wonderful and unique features of your game. For example, do you have a compelling story idea? Are the visuals spectacular? Did you get a celebrity to provide voice acting? Do you have a beta ready for previews? In addition, the pitch should also share screenshots or early gameplay videos and offer interview opportunities. What if you don't have much to share? What if all you have, say, is concept art? Pitch anyway – the more familiar influencers are with you and your game, the better the odds of getting coverage.

Release date pitches, again, talk about the unique and wonderful components of your game. But, this time you offer more polished information, such as an official trailer. And always offer a copy of your game for review.

With pitches, you only have to hit the jackpot a few times to win.

To write your pitch, use a friendly, conversational style (like this article), keep it short (one or two paragraphs is ideal), ensure your subject line and first sentence grab attention, and be thorough (include all relevant facts, including your contact information).

Here's an example of a prelaunch pitch for a radical new (and fictional) solitaire game. 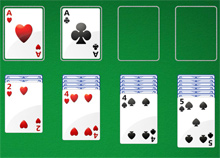 SUBJECT: Solitaire to the death... Beta now ready to preview

Solitaire Combat brings this classic to life with 3D graphics and unique characters designed by the award-winning artist Hugo Viggo. To play, each player constructs a deck of cards and pits them against their opponent. Weapon upgrades, customizable skillsets, and even special hats change the balance of power every minute and enable players to snatch victory from the bloody jaws of defeat -- or defeat from the grinning maw of victory. If you are interested in writing a review, please let me know. Thank you!

And Away We Go

But be aware, while outreach to influencers is a critical marketing tool it is not your entire marketing arsenal. You can also run Facebook ads, host Reddit Ask Me Anythings, contests, attend events, get awards, write news releases, deal with wire services, and so on. But if you master nothing else, master this. Because if you are successful, you will be that much closer to generating the sales that will allow you to do all this all over again.