Microsoft has showcased its new Xbox App for smartphones which aims to create a "unified Xbox experience across devices."

The app is currently available in beta form on Google Play devices, and will allow users to stay connected to their games, friends, and communities when they're away from their Xbox console.

From a design standpoint, the app sports a tiled UI (pictured below) that looks strikingly similar to the Xbox dashboard and console interface, which makes sense given users will be able to use the app to launch and stream console titles through integrated Xbox remote play.

The app can also be used to share screenshots and clip on social media networks like Instagram, WhatsApp, and Snapchat, and will even let users sent messages via Xbox Chat and host or join an Xbox party on their phone. Update, party, chat, follower, and friend notifications will also be sent to the app, creating a "unified notification inbox."

For more information on the new Xbox App, check out the full explainer over on Xbox Wire. 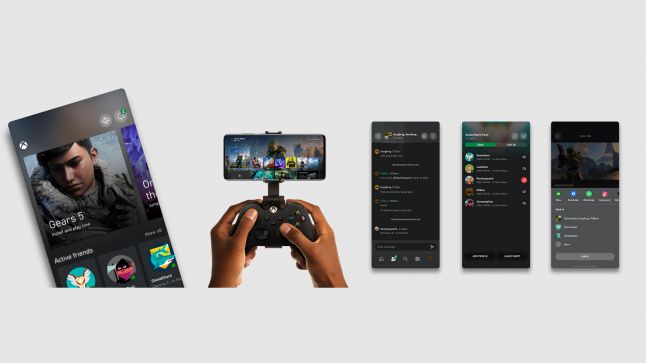