Tencent uses model's likeness for Ring of Elysium without permission

Tencent Games seems to have used the likeness of a model without her permission for a character skin in its game Ring of Elysium.
Game Developer
Staff
January 25, 2019

Tencent Games seems to have used the likeness of a model without her permission for a character skin in its game Ring of Elysium.

It's pretty notable, given that this kind of infringement is different than what studios like Epic Games is facing with regard to giving credit or compensating individuals for certain dance emotes.

Developers should be aware of this for their own work as well.

As reported by USgamer, the model is Mei Yan, whose previous photos for the online fashion brand Omocat resurfaced in Ring of Elysium's first season battle pass titled "The Adventurer Pass" for the character Lynn.

The likeness was first spotted in Ring of Elysium's Adventurer season one trailer, which Tencent has since removed, but has been circulating online thanks to third-party uploaders. It's pretty clear that the resemblance is striking, despite the addition of a few accessories.

Yan is aware of the likeness, and tells USgamer that she was never contacted by Tencent asking for permission to use/manipulate images of her. While Yan is now speaking with those involved with Ring of Elysium, she's yet to hear anything from Tencent.

"It was pretty crazy to see myself in-game without giving prior consent," she says. "I'm pretty used to having my content and likeness stolen. But this is really on another level. How did they think no one would notice they blatantly stole an image of a pre-existing person?"

As of right now, Tencent still seems to be using Yan's likeness to advertise Lynn in Ring of Elysium. 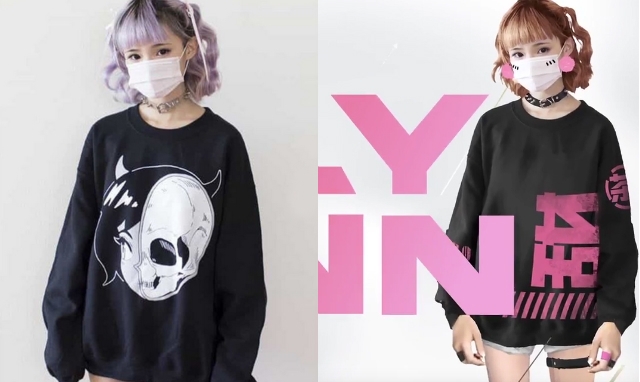