The Pew Research Center reports that, contrary to popular perception, men and women who play games in the U.S. do so in roughly equal measure -- 50 percent to 48 percent, respectively.
Alex Wawro
Blogger
December 15, 2015

The Pew Research Center published a report today based on a summer survey of 2,001 U.S. adults that suggests (among other things) men and women who play games do so in roughly equal measure -- 50 percent to 48 percent, respectively.

That's especially interesting in light of the fact that, based on the same survey, roughly 60 percent of American adults believe that games are played predominantly by men.

57 percent of women who said they played games agreed with this view, reinforcing the notion that public perceptions of the game industry may not line up with who's actually playing games.

The full report is worth digging through over on the Pew website, as it offers interesting insight into both who's playing games in America and how they're perceived by the general public. 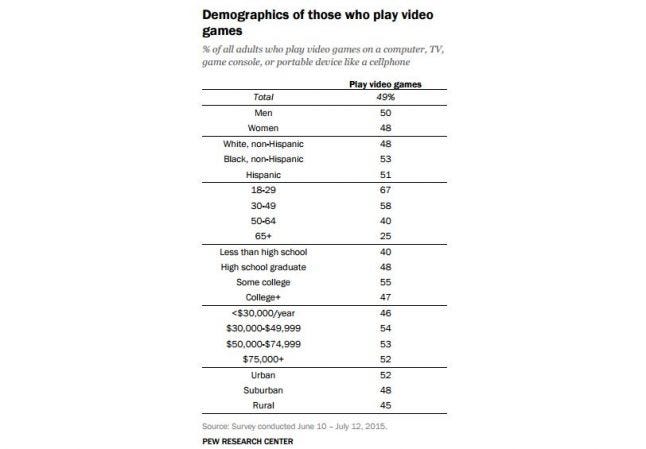