Virtual and augmented reality experiences and devices seem to be on the rise when it comes to appealing to not only game enthusiasts, but general consumers as well.
Alissa McAloon
Editor-in-Chief
June 08, 2017

Based on data gleaned from a study recently conducted by the research company Nielson, virtual and augmented reality experiences and devices seem to be on the rise when it comes to appealing to not only game enthusiasts, but general consumers as well.

Judging by the graphs (embedded below), it’s clear that the average consumer outside the label of “gamer” (which is defined as consumers who play video games on at least one gaming-capable device) show interest in VR technology, with the Samsung Gear VR taking the most recognition.

34 percent of the population recognizes the Gear VR because of its marketing being in tandem with Samsung’s mobile devices, and headsets are often offered for free if purchased with the phone.

While general consumers are more likely to purchase the Samsung Gear VR, gamers seem to be more interested in the Sony PlayStation VR. The demographic on interested parties for future VR/AR shows more male interest at 69 percent, with 44 percent of consumers interested being Millennials. 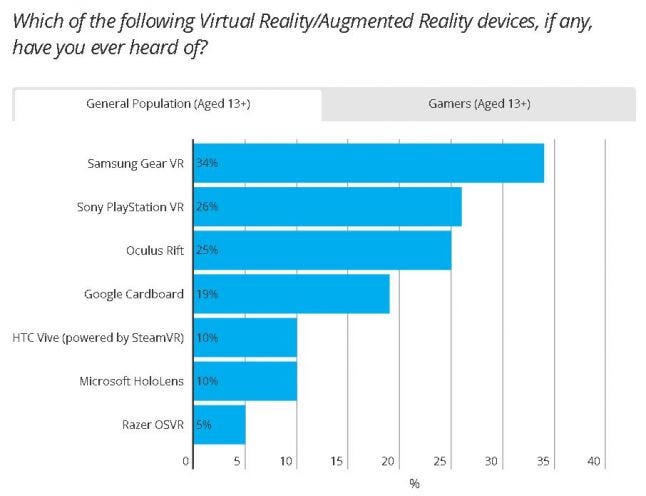 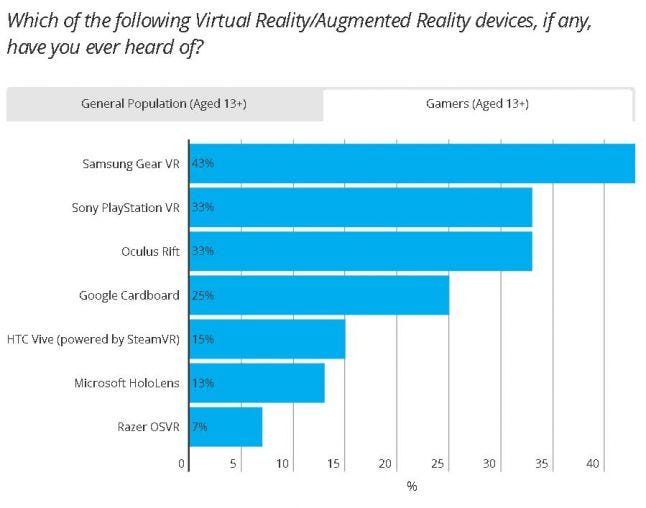 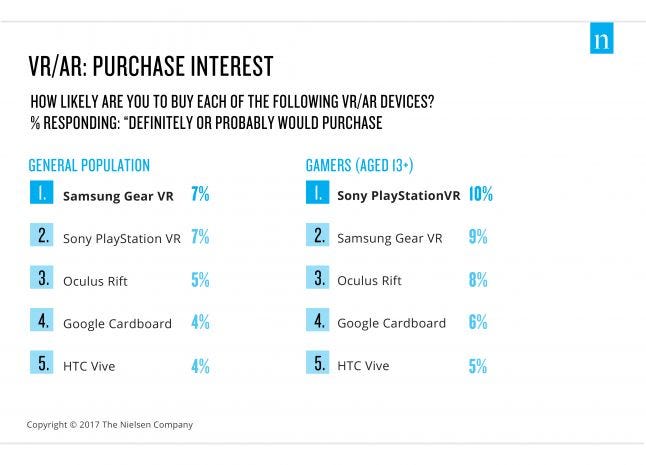 In general, the study concludes by stating that these consumers claim to be more motivated by new technology—hence the interest in these innovative devices.