Valve has unveiled a number of new updates coming to Steam, including several developers have been asking about for quite some time.
Alissa McAloon
Editor-in-Chief
September 04, 2019

At a closed-door presentation in Seattle on August 29, Valve showcased a live demo and details of the new Steam Library, an update that includes a selection of features Valve says game developers have wanted to see on Steam for quite some time.

Better discoverability is the primary focus of the redesign, both in players' own game libraries and the Steam Store itself. At the same time, Valve also talked about its plans for the future regarding Steamworks and Steam Labs, along with how the team is working with alongside developers and community feedback to further develop both sections.

As far as new features go, a new tool for developers called Steam Events will be released on September 4, while an update to the Steam Labs project Micro Trailers and an experimental Search Page will go live September 5. Meanwhile, the open beta for the new, redesigned Steam Library begins on September 17.

The updated version of the Steam Library focuses on integrating user activity into one single space, offering customization to players and developers to organize and promote their games, respectively.

The activity section will now be part of the same desktop app, in a section that is relabeled Library Home. The primary structure focuses on updates from games, the player's recent activities in Steam, and personal sections. At the same time, Valve's Alden Kroll mentioned that the goal is to “help players find the next game that they might want to play.”

Some of the new Steam Library's main features are a showcase of recently played games for quick access, and a section that highlights friend activity (from unlocked achievements to notifications whenever friends start frequenting a particular title owned by all players involved) prominently on the page. 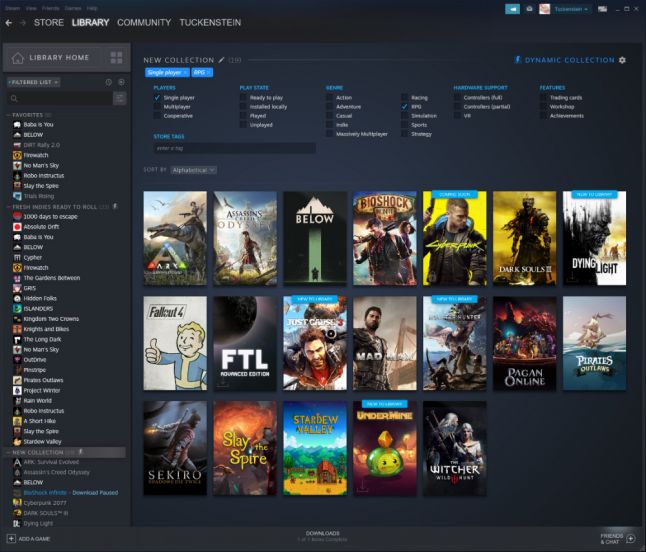 Categories will now be called Collections, and will dynamically work by using store tags and filters set up by the player, including some set based on game features like control support and other options.

There’s also a new ability to drag and drop games onto these collections, or just as standalone titles, into what are called shelves inside the library. It’s up to the player to manually add titles onto a specific collection or filter them automatically. Once a new game that falls into the criteria is added to the library, it will automatically appear on the collection as well. Meanwhile, already created categories will carry over as collections.

As far as how the library will handle this information, it will be based on how much has a user been playing a game recently, in the past, and what they play the most. “If you bought a game and you’ve never played it, then an update for a game will be less likely to show up,” a Valve representative explained.

Another new feature is the post-game summaries, which provide a glimpse of information after exiting the session showcasing unlocked achievements, Steam Trading Cards that dropped, and screenshots taken during play. “Over time we can expand this to include any other content, like items that you have purchased in the game,” Kroll added. From there, players can also go back and look at summaries from past days as well. 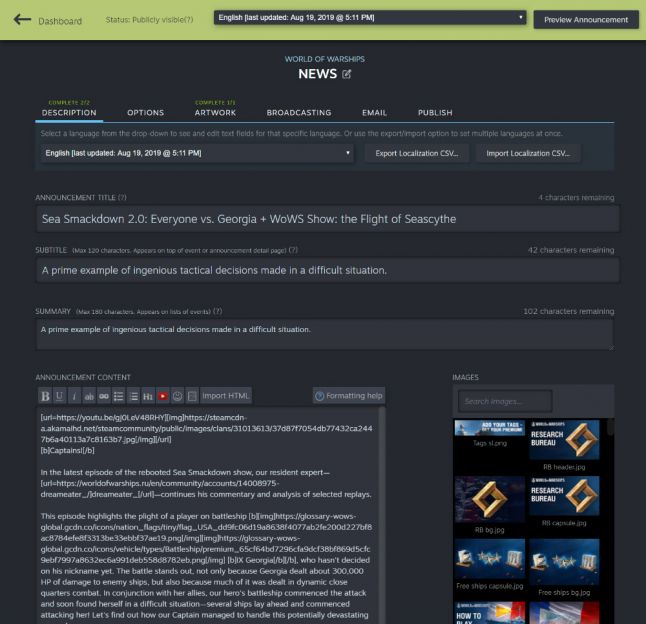 Some features in particular that, according to Valve were requested by developers in the past, are becoming available with this update. Announcements and events related to a game will now be combined in a new Events system, and developers will have a new set of tools for communicating information to players. This feature includes support for news surrounding updates, special announcements, game festivals, double-XP weekends, in-game discounts, patch-notes, and more.

These events will now be able to appear at a certain time set by the developers, or scheduled even ahead of time, so Steam can list them in a particular way, like a “coming soon update” or future live streams, for example. Developers are also able to embed things like videos, images, and workshop items can be embedded in Events.

As Kroll added, the idea is for developers to be able to author massive communications that will then be spread out through multiple channels. There are four different ways to distribute them: Inside the new Library Home as small windows under the “what’s new” section, in the Game Details pages (space being recommended for major updates, DLC announcements, etc.), in already existing locations such as inside a store page's Recent Updates section, and by email.

Still, it will be up to developers to determine how big or small each announcement will be. Inside events, players can also scroll down to read older news related to the game.

Events will also support localization, in order for studios to quickly upload them and showcase different languages, along with broadcasts to whitelist which accounts can stream on their store page or the event page itself. 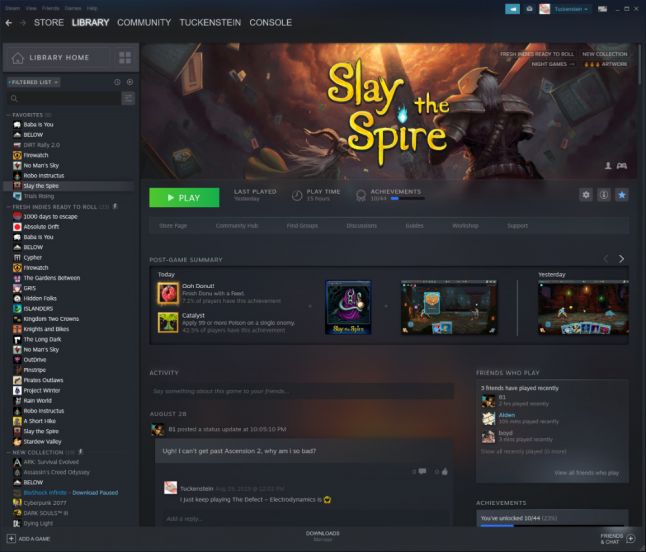 For the Game Details pages in particular, developers can upload different artwork corresponding to a new update or event. Those pages now serve as a hub for players and can house information from the studio, a player's friend activity, and things like artwork that the larger community has contributed.

On the right side of that page, a column showcases additional details for quick access, including achievements, access to the workshop, and trading cards. This last one in particular, as we were able to see in the live demo by Valve, now carries 3D animations when hovering over the cards.

When asked about whether or not these animations can be toggled off, considering low specs’ computers or the battery from laptops, the Valve representative did not clarify. According to the representative, Valve will be looking at users’ surveys and the future open beta for feedback around that feature.

In regards to Steam Labs, there are three main features that Valve is focusing on at the moment. Micro Trailers, which are 6 seconds long, will be soon available for all games on Steam. At the same time, Valve wants players to use these trailers to browse through their tags, and is curious if these teasers will be compelling enough to click and learn more about a game. 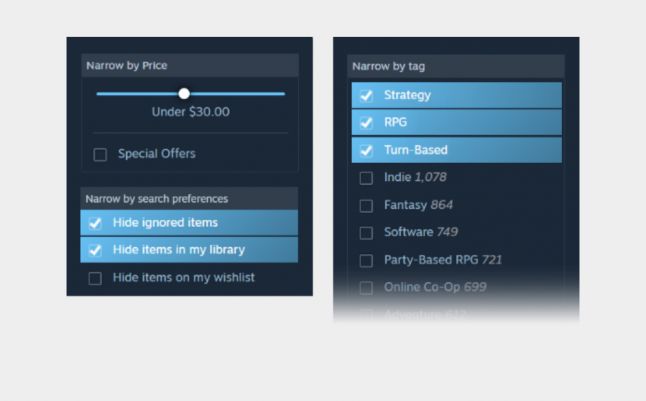 As for filters used while browsing the store, the new search tools in Steam Labs there will feature numbers showcasing how much the results can be narrowed down when searching through a tag. On top of that, the experimental feature will include an endless scrolling page, instead of being divided by numbers like the past.

Still, all of this will be subject to change based upon feedback from players, and these experimental search tools will only be available inside the Steam Labs section.

A whole new feature called Deep Dive has been on the works with the collaboration of the independent developer Lars Doucet, which will showcase a selection of games under the premise of “your next favorite,” giving enough information to try and see if the user would be interested in diving more into it. If that rings a bell, it's because the feature is an official, Valve-commissioned spin on Doucet's earlier Diving Bell project. According to Kroll, this will be available soon, although there is no specific release window at the moment.

The Valve representative mentioned that most of the decisions and potential surrounding Steam Labs’ ideas are subject to community feedback. In terms of tools for developers, there are no immediate plans to give room for developer-focused or even developer-only tools in Steam Labs, but Kroll said that they’re actively consulting with different studios about the current experiments, and exclusive tools are something they’d like to see sometime in the future.