Report: Mobile players who buy one IAP '6x more likely' to buy one in their next game

Mobile game players who drop cash on an in-app purchase (IAP) are six times more likely to do so again in the next game they play.

That's according to a report by Israel-based mobile analytics outfit, Soomla, which utilized data from over 20 million players around the world in a bid to better understand spending habits and cross-game behavior.

Breaking that stat down, Soomla states that 12.9 percent of users who spend cash on IAPs in one game will go on to spend in another - a figure that's six times higher than other reported general conversion rates.

As the top graph below shows, that payment probablity only increases as "first-game payers" continue to spend in successive games.

The research also suggests that "quick payers" - that is, users who make their first purchase less than 24 hours after downloading a game - are even more likely to be "recurring whales," with 18 percent of those players going on to pay in their second game.

Players willing to commit to bigger purchases are also more likely to spend again. For example, Soomla's data shows that 40 percent of users who spent $25 in one game went on to buy more IAPs in the future.

As for what exactly those players are buying, the report found that 71 percent of all purchases  - that's purchases made with both in-game and real world currency - are single-use items, while upgrades and lifetime goods are the second and third most popular items respectively. 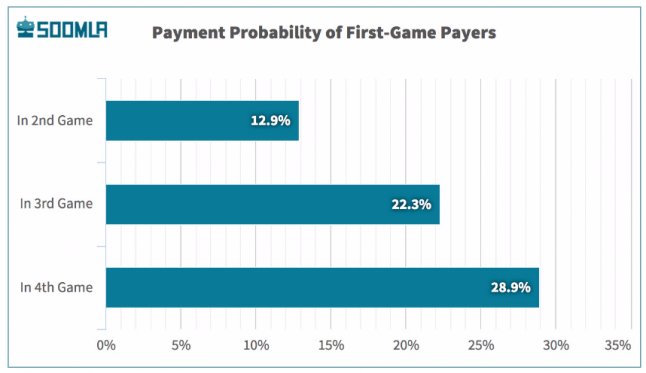 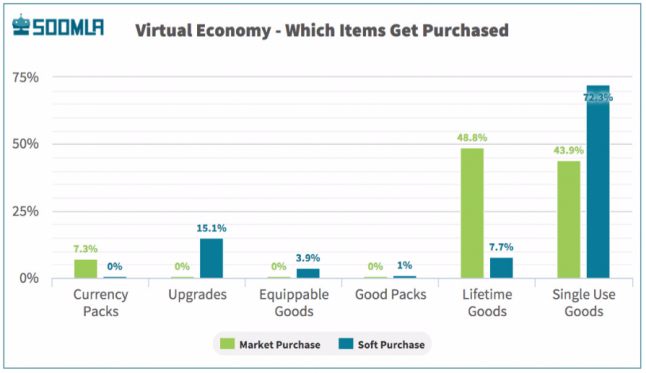