Quality Of Life? Does Anyone Still Give A Damn?

How have 'quality of life' issues in the game industry improved since EA_Spouse's letter in late 2004? Gamasutra talks to the IGDA's Jason Della Rocca and the Spouse (Erin Hoffman) herself to analyze progress so far.
Game Developer
Staff
May 13, 2008

[How have 'quality of life' issues in the game industry progressed since the EA_Spouse controversy in late 2004? Gamasutra talks to the IGDA's Jason Della Rocca and the Spouse (Erin Hoffman) herself to find improvements - and the news that we still have a long way to go.]

It's been exactly 3-1/2 years since EA_Spouse -- née Erin Hoffman -- wrote her open letter to the games industry and focused a laser-like light on the oppressive working conditions that her fiancé and, by extension, the rest of the development community endured. "Quality of life" (QoL) became the buzzword du jour and unionization the hottest topic around studio water coolers.

But 3-1/2 years later, is QoL still an issue? Does anyone still care?

Yes -- to a degree. QoL is no longer on everyone's lips, says Jason Della Rocca, executive director of the International Game Developers Association (IGDA), but that's because awareness of the issue has become so widespread.

"Prior to EA_Spouse, quality of life was kind of like the elephant in the room," he says. "Developers were stuck in their studios and had no idea whether the same problems existed in other studios. So they kept quiet and bit the bullet. The EA_Spouse letter, together with the IGDA's QoL survey blew the doors wide open."

Now, says Della Rocca, "every studio head, every producer, every HR person is keenly aware of this quality of life issue, of this working conditions issue and, believe me, none of them want an EA_Spouse to surface in their company." 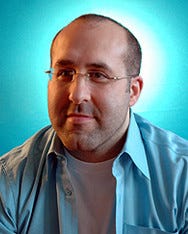 As a result, he says, the number of companies being proactive and deliberate about QoL has increased substantially. "But the issue hasn't disappeared, that's for sure," he says. "The average developer at the average company is still overworked, underpaid, and doesn't have the right tools or training."

That may be because the crusade to right those wrongs seems to have lost a certain amount of momentum.

For instance, at Seattle's WashTech/CWA -- which describes itself as "the nation's leading union for high-tech workers" -- union heads admit that while reaching out to the video game workers is still high on its agenda, they've gotten little to no response.

And, at the IGDA, a project known as Employment Contract Quality Of Life Certification (ECQC) seeks to gather up those elements that make for the best employment practices at a studio and then translate them into a set of employment contract provisions.

But, a year after the ECQC committee predicted it would take as long as 12 months before the certification program would be ready for primetime, not a lot of progress has been made, admits Della Rocca. The survey that needs to be sent out to studios is still being refined and hasn't been mailed yet. No studios can be certified until that task is completed.

Another initiative still not underway -- but one that is on the IGDA's "to do" list -- is a continuation of its 2004 QoL Survey.

"Ideally, we'd like to do that annually so we can create a year-to-year index and see a trend line showing whether QoL is getting better or worse," explains Della Rocca. "If we had that index, we could correlate it to the introduction of the ECQC and -- boom! -- we'd be able to see a huge spike in QoL or not."

Erin Hoffman, who is today a freelance game designer and writer in upstate New York, is active in the ECQC project but says it is moving very slowly, partly because of the amount of work that needs to be done by people who are volunteering what little free time they have.

"It's also going to be difficult to get studios to certify," she adds. "We are asking them to sign a contract saying they won't put their workers through crunch time, and that's a very, very difficult thing for a studio to commit to."

Meanwhile, Hoffman has observed significant positive changes in the industry, especially at Electronic Arts, the target of her November, 2004 EA_Spouse letter.

"I think EA is tremendously reformed, having made some real strong efforts to get the right people into their human resources department," she says.

"I've been hearing from people who have gotten overtime pay there and I think that makes a great deal of difference. In fact, I've actually recommended to a few people I know to apply for jobs there."

While hard data is hard to come by, Hoffman is brimming with qualitative information, the result of her having become a sounding board for many of the industry's ills. Unfortunately, she says, she has begun to hear what she calls "horror stories" once again.

"We seem to be entering another valley," reports Hoffman, "especially outside of California, mainly at smaller studios in places like Austin. I was contacted by one woman whose husband is in the same situation as was my then-fiancée three and a half years ago."

"He's been having a lot of health issues and, despite letters she's written to management, his crunch time has gotten out of hand. It just goes to prove that there is definitely a group of people in the industry who believe that excessive crunch is the only way to make good games on time. That hasn't changed."

Indeed, the tale of Neena, the Austin "game dev widow" is detailed on GameWatch.org, a site developed in the wake of the EA_Spouse episode in order to give developers a forum to post their QoL concerns.

While "crunch time" has become synonymous with "quality of life," Evan Robinson wishes developers would give equal consideration to a few of the other QoL issues that, he says, are equally troubling.

Robinson, the author of the paper "Why Crunch Mode Doesn't Work," is a frequent speaker and a consultant on the topic.

"Quality of life has always been code for 'how many hours are you working?'" says Robinson. "This year at GDC's Quality of Life roundtable, I tried to turn the conversation to other things, but everybody remained fixated on the issue of crunch time."

"What I'd rather see is folks turning some of their attention to topics like control of intellectual property; upward and horizontal mobility; diversity; reasonable compensation; exploitation of temporary, part-time, and seasonal workers; and so on. But that's not what people want to talk about."

Perhaps, he says, that is because the overtime problem -- while less prevalent -- still exists.

"I have a developer-friend in the business who spent about two months of required evenings and weekends last fall," Robinson recalls. "And though that is less common than it used to be... and is far from the incredibly egregious long-term crunch that Erin [Hoffman] described... it still occurs. We've made dramatic improvements, but the problem has not gone away, regardless what anyone says."

Nevertheless, the IGDA's Della Rocca would also like to see more discussion about topics other than overtime, particularly about compensation.

"If developers are making the sacrifice and putting in all those hours, at least let them be compensated for it," he says.

"And it doesn't have to be dollars. It could mean subsequent time off or share of game revenue or back-end bonus or extra benefits or shares in the company... something as a reward for all the extra blood and sweat that went into the game."

"This is as opposed to the situation in the EA_Spouse days when managers scheduled in the overtime as free labor and planned their production around the assumption that people would put in the extra effort and it wouldn't cost them a penny."

Lastly, says Della Rocca, the industry should address the need for developers to be given the appropriate skills and tools to get the job done.

"If all of a sudden you're asked to be the new animation guy but you don't have the training," he explains, "the company should pay for your courses and get you the software you need to succeed."

"Instead, given the chaos that most studios are in, managers just say 'Go over there and make it happen. I don't care how you do it. Just do it.' And you're left to figure out on your own how to get the job done. Imagine what that does to your quality of life."

Looking ahead, both Hoffman and Robinson believe that unionizing would be good for the games industry, but both concede it would be a tough row to hoe.

"There is a need for a professional organization -- like a guild, not a union, because that sounds better to developers," says Hoffman.

"It would address legal issues, give some recourse to individuals against their studios and publishers, and represent them in a way that the IGDA says it cannot."

The spark that will ignite further interest in unionization, she adds, will be the fact that the voice actors who are represented by the Screen Actors Guild will be demanding royalties for their work on games.

"Developers are going to be wondering why in hell a voice actor who did maybe two days' work on a game should get a royalty when the game developer who spent a year and a half of their sweat doesn't get royalties," she says. "It's going to be a fascinating situation to watch."