Q&A: Why Games Workshop is shaking up how it works with licensees

Jon Gillard, head of licensing at Games Workshop, explains how the miniature wargaming company licenses its tabletop games, and what they look for in the videogame developers that they work with.
Phill Cameron
Blogger
October 22, 2015

It would be difficult to overstate the cultural influence of Games Workshop's tabletop RPGs on the video game medium. The iconic Space Marines of Warhammer 40,000, as well as the Tolkien-inspired but deeply realized world of Warhammer itself, permeate games like Warcraft and Starcraft.

But Games Workshop's actual licensed video games haven't had the same impact. While there have been notable releases such as Dark Omen or Dawn of War, the output has been smaller than one might expect from such a treasure trove of settings, systems and histories.

However, in the last year, the output from Games Workshop licensed games has essentially doubled the amount of video games based on their properties, and it doesn't seem as though things are slowing down.

Games Workshop is famously press-shy, but head of licensing Jon Gillard recently gave me an interview regarding how the company's take on licensing their properties has changed over the years, and what exactly they're looking for when it comes to developers pitching ideas at them. 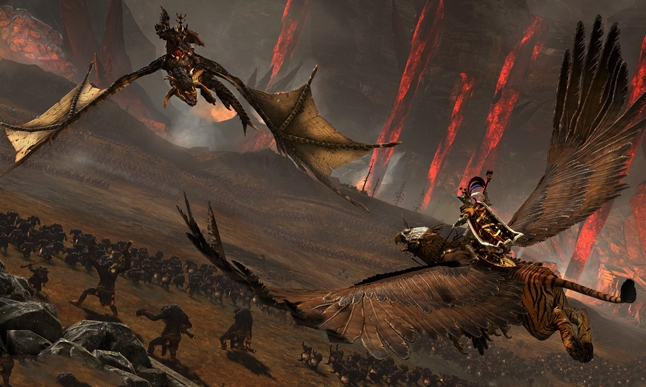 Games Workshop's digital output has increased over the past year. What has changed in your attitude towards licensing?

Gillard: To be honest we've always felt that there could be a lot more games based on our various IPs. After all, there's an awful lot of material from 30+ years of us making games, miniatures, novels etc.

There's over 900 novels and novellas and north of 30,000 different models alone! So I think it was always a desire, but the industry was geared such that the only real route to market was through a publisher up until a few years ago. So back in 2011, that and a couple of things changed.

"The video game industry was geared such that the only real route to market was through a publisher. Back in 2011, that changed."

Firstly we decided that we would focus on licensing the rights somebody needed to make the game or games they had an absolute plan to make rather than the big all-encompassing deals for a huge section of IP, like all of Warhammer 40,000 for example. This was just too much stuff to be held by one company when it wouldn't all be used. Secondly it became evident that between Apple/Steam/Google, it was now possible for developers to self-publish, and those kinds of guys had been approaching us for years with great ideas but the mechanisms weren't there for them to make it happen.

Once we set off down this track, we had to change a lot of our approaches to how deals were structured as well, but we knew that any license should be a win/win partnership, and that there should be recognition of the risk and reward for both parties.  I won't detail exactly how our licenses work, but suffice to say we now do everything from profit-share style deals with no guarantees through to broader--but not total--rights deals with the more traditional licensing terms. In other words, we structure the partnership to suit the product and the partner.

We're prepared to consider any serious pitch that looks like a good game that's commercially viable, whether from a developer, a publisher, or both.

A good portion of this 'new wave' of Games Workshop games have been on mobile. How has the rise of mobile gaming affected the opportunities for Games Workshop to license their different games?

Gillard: Enormously. The fact that developers can now self-publish means we can make all sorts of games with a wide variety of partners, using all sorts of our IP -- ones that we haven't done much with internally for a few years like Chainsaw Warrior and Talisman, or perhaps very specific adaptations of parts of Warhammer 40,000 like Deathwatch and Freeblade.

The ability for even small outfits to make great fun games quickly, and relatively cheaply, has freed up a lot of great game ideas that just wouldn't have been viable a few years ago. Obviously mobile games tend to be different experiences to PC or console, but what we focus on is making games that are good examples of the genre for the platform. 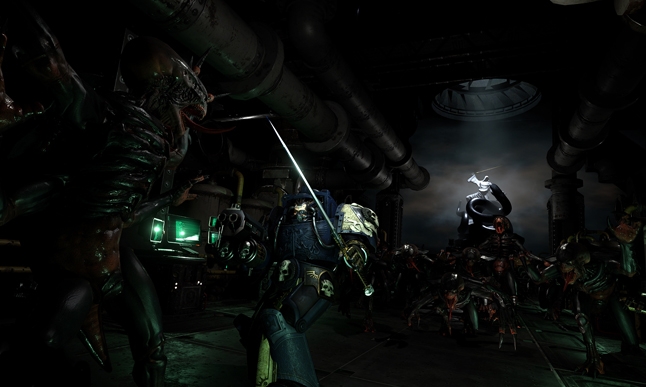 'Middle tier' games have also surged in viability on PC and console. How has this influenced how GW licenses their titles? Are you more actively pursuing developers to create games, or has the frequency of pitches increased?

Gillard: Generally we are approached by someone with a concept they're passionate about. In fact at any one time, we are seriously discussing pitches with a very large number of companies, developers, and publishers. Some are multi-platform, some mobile, some PC or console. We're more interested in the concept than the platform, and how passionate and excited the developer is about it, although any pitch must have a robust business model as well.

The frequency has definitely increased, probably because it's clear that we are prepared to talk about any number of ideas, and generally that games based on our IP get good coverage - that oh-so-necessary discoverability. 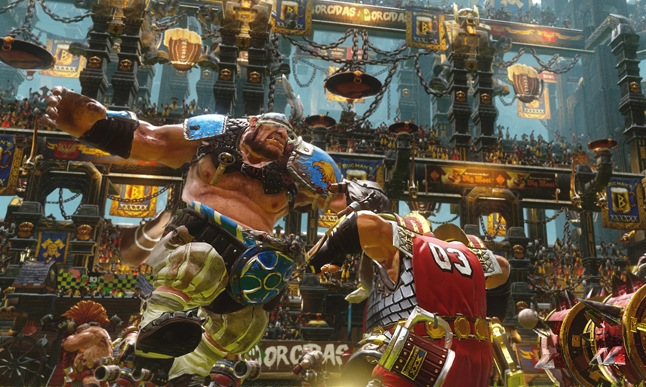 What do you look for in a developer? We've seen games that attempt to very specifically translate the tabletop game into a digital form, and games that look more to setting themselves in the world of Warhammer or 40k. Do you have a preference as to which you're more eager to see pitched?

Gillard: We try hard not to be too subjective, although as we're all gamers too that can be tough! The main things we look for are: is it a good idea? Is it a good use of whichever bit of the IP it’s using? Is it too similar to anything else were already doing? Does it have a sound commercial idea behind it, a good business model that shows a real financial benefit for us? What's the pedigree of the team, do they have a good track record with the sort of game they're proposing, either as company or individuals? That sort of stuff.

As for game type, no we don't particularly want one kind over another, although game genres and areas of IP that we don't have anything in right now will tend to be more appealing. What really matters to us the most is the simple question - do we think this will make a great game that we can be proud of and will be successful for us and our partner in the project. 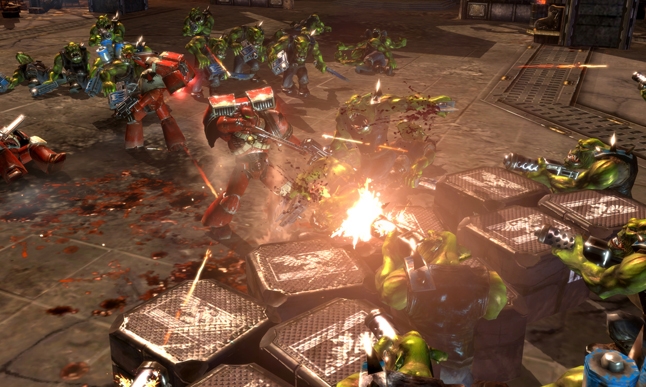 Do you see the digital space as a way to effectively archive and preserve these games that aren't so readily available as a physical product any more? Are you more receptive to developers looking to create games based on older GW licenses that you aren't actively working on?

"We absolutely want to see massive space ship battles based on Battlefleet Gothic, or a gang warfare game based on Necromunda, maybe a crazy violent racing game based on Gorkamorka."

Gillard: It isn't a specific strategy to 'archive and preserve' as you put it. It is simply a recognition of the fact that these are all great worlds and content regardless of whether GW is still actively making tabletop products for them right now. GW as a physical product business is limited in how much creative resource it can commit, and how much physical space in stores and warehouses it can give to the massive catalogue of IP we have and so has to focus more tightly.

When licensing we don't have those restrictions, so we can play with all the IP that we've created over the years, and we absolutely want to see massive space ship battles based on Battlefleet Gothic, or a gang warfare game based on Necromunda, maybe a crazy violent racing game based on Gorkamorka. We're often asked by potential partners 'what's available', and the simple answer is anything that we're not already doing, and some of those specialized areas of our worlds like the ones you mention, have so far only been lightly used.

There are many, many kinds of Necromunda games you could make for example, it's a deeply realized world in its own right, and yet only represents one hive city, on one imperial planet, in a galaxy full of millions of Imperial planets. 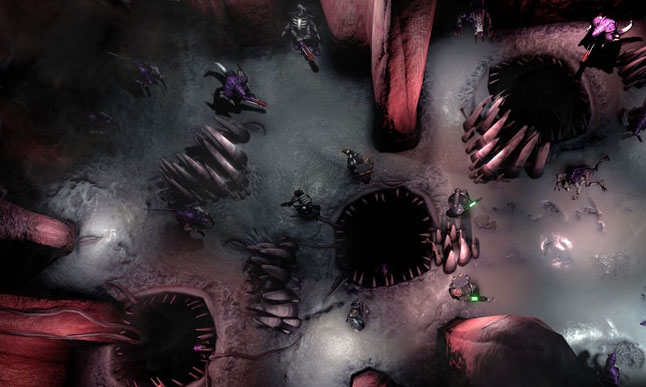 How do you handle artistic license when it comes to GW properties?

"We assign a project manager, so help is always at hand if a developer isn't sure exactly what a bolter should sound like, or what a Skaven city looks like."

Gillard: All of the companies who approach us to make games have someone who knows about the IP. In fact, I challenge you to find a developer out there who doesn't have at least one person with some Citadel miniatures on their desk! So in any successful pitch, there's normally someone driving the creative vision who gets our worlds really well. In fact it’s essential for us. In our experience, a passion for the IP is one of the key drivers for making a high quality game, and high quality games make more money, so it makes good business sense too.

Apart from that, it makes it far more productive for everyone if we don't need to educate on the IP too much. That being said, we're a small team, not a licensing behemoth, so we don't need, or want, a cast of thousands managing all the aspects of a license separately. So we assign a project manager to every game, and that person is the one stop shop for a partner. They do everything from actual approvals through  to coordinating marketing with GW, and importantly, guidance on the IP use. So help is always at hand if a developer isn't sure exactly what a bolter should sound like, or what a Skaven city looks like.

As for artistic license, we work with developers very closely to understand what the game needs and then either direct them to appropriate parts of the IP, or help them construct something that is still in keeping with it but safe to use differently. For example we often sandbox areas so if you look at, say, the Blood Ravens for Dawn of War, they were created with Relic so they could do what they like with them, without ‘breaking’  a core chapter like the Ultramarines (killing them all off for example). But they are still Space Marines through and through, just a previously unnamed chapter.

Of course in that case they did such a good job the Blood Ravens became a part of canon 40k, and I certainly hope, and would be very proud if, more of our partners manage to achieve that.