SEARCH
A minimum of 3 characters are required to be typed in the search bar in order to perform a search.
Business
14 min read
article

Punching above your weight at PAX Australia!

Deciding which industry shows to attend can be a tricky, stressful task for developers. We’ve been there - literally and figuratively - and want to help others from our experience.
Scott Beca
Blogger
December 20, 2016

Deciding which industry shows to attend can be a tricky, stressful task for developers. We’ve been there - literally and figuratively - and want to help others from our experience.

We are Considerable Content, the Melbourne-based developers behind Rogue Singularity. We have attended many regional events, including PAX Australia, The Arcade Open Day, and GX Australia. Today we’re running through how we chose to attend PAX Australia 2016, and how we make the most of showing our games at consumer shows like PAX Australia. Buckle up! 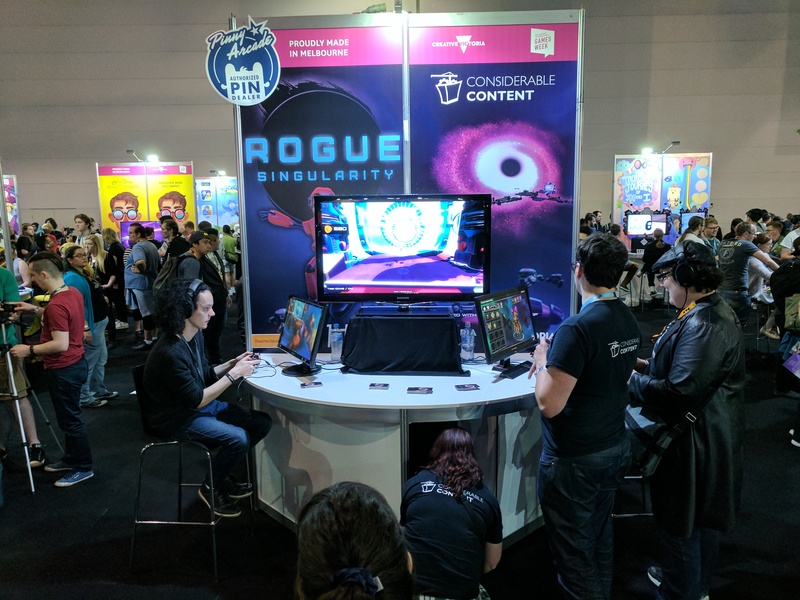 What is PAX Australia?

PAX Australia is a three-day extravaganza to celebrate gaming and pop culture, held annually at the Melbourne Convention and Exhibition Centre. Now in its fourth year, PAX Australia is still the only Penny Arcade Expo event outside of the United States – which is a testament to Australia's growing reputation among game developers and consumers.

Debuting in 2013, PAX Australia started in little more than a cattle shed at the Melbourne showgrounds. It was in the middle of winter, miserably cold, and rained so hard people wondered if they would take the show away. Despite the challenges of the venue and season, there was still an amazing turnout in 2013, and the event continued on. It is now a great event for consumers, and offers a lot of opportunity for the right game developers as well.

For Australian game developers, PAX Aus coming to our shores offered the largest new opportunity to demo games to general consumers. Our regular IGDA Melbourne meetups are amazing, but we all needed more opportunities to get feedback that wasn’t from other game devs. Voila, PAX Australia!

How do you evaluate the worth of going to industry shows?

First things first - Australia is far away from many of the largest game development hubs in the world.

We don’t have a lot of domestic shows to choose from, making it tougher to fairly evaluate the benefits of PAX Australia for a domestic dev vs. international dev. But let’s break it down.

When you’re looking at showing at a game event, you must know what your goals are. Without goals, you don’t have the data you need to reflect on what went well, and what could go better next time.

Your goals for showing at an event like PAX Aus may include:

In our opinion, PAX Aus is a great show for some, but not all of these goals.

All shows that our team has attended have been valuable. But all have been helpful for different reasons, and we want to stress that we don’t recommend developers see one single public event to be ‘make or break’ for their title. Your mileage may vary with our pros and cons lists, but this is how we evaluate making the choice to show at PAX Australia. 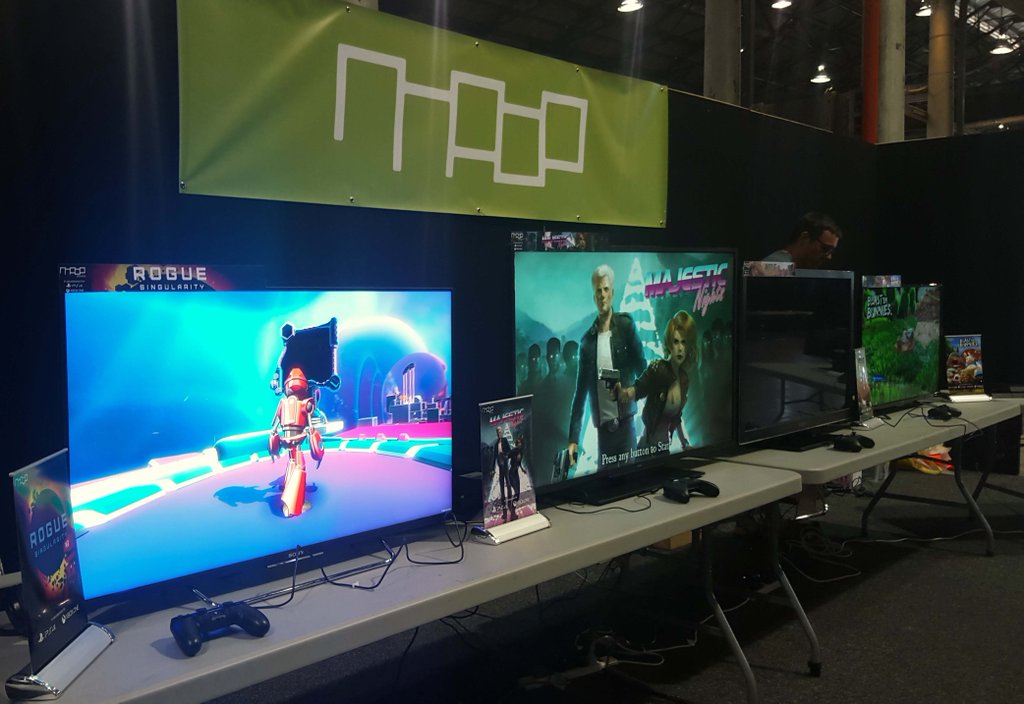 Image: Our demo space at the stand of our console publisher, Nnooo at GX Australia 2016

Why we love PAX Australia as developers:

What went well and what went badly in our previous showings at PAX Aus?

Unfortunately putting an unfinished product in front of strangers can bring out bugs and other irregularities you never noticed. Sometimes they can be totally obvious and you will wonder how you missed them. It can be hard to see a player fail multiple times on a bug that shouldn’t be in the game. Most recently we had a menu with a broken exit bug. Although we thought players would never look at that menu, one afternoon every player who came past the booth would accidentally get stuck. More than anything else, it can be embarrassing.

PAX Australia is a good opportunity to build up contacts with people in the larger gaming community. Through shows like PAX Australia and Games Connect Asia Pacific we were introduced to our publishers Nnooo, and it was through showing our game that we were able to forge relationships. You will also find that operatives from many different outlets including Steam or Sony may be on the show floor in plain clothes. If you are friendly and have something interesting to show, in our experience they will always be interested in keeping in touch.

Bad: Bugs. Sometimes you will discover a bug you didn’t know existed and it can affect every play session. It can be hard to see a player fail because of a bug you left in the game.

Good: It’s very satisfying to see someone (a stranger!) enjoy and really understand your product. 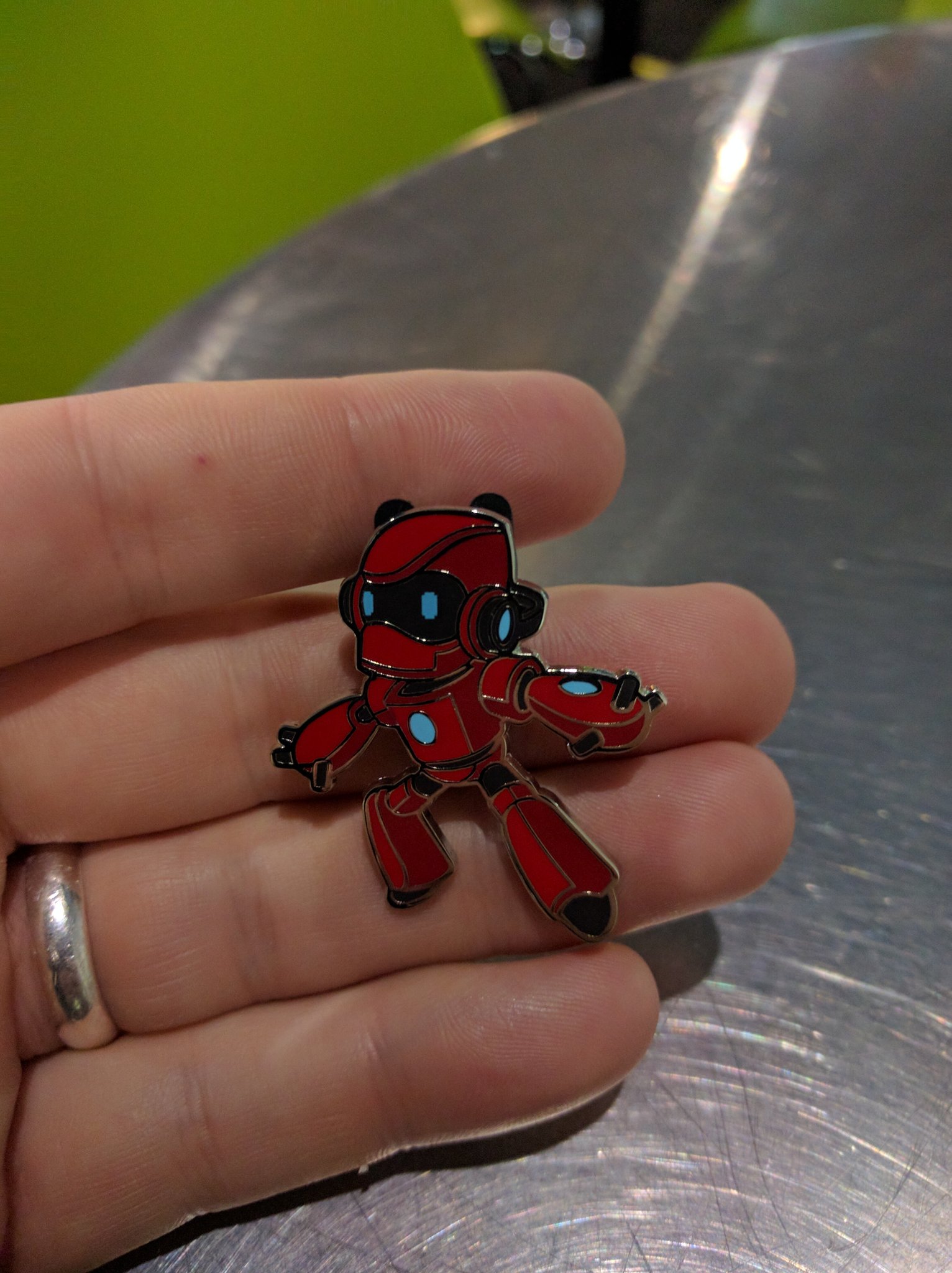 How do you prepare in advance of PAX Australia or any tradeshow?

What is the biggest misconception devs have about PAX Australia?

The biggest misconception we see from developers is that a single show will be a huge boost to their popularity, or their bottom line. Ultimately, shows present an opportunity to interface with the community - consumers and fellow developers alike. These new relationships can be an awesome boost and give you great feedback and leads, but you need to nurture your consumer and colleague relationships over time after the event. Your booth visitors at a single consumer show can’t single handedly deliver you huge overnight success. Marketing and audience building is more than a single show - don’t expect one show at PAX Aus (or any other event!) to pay for itself with endless sales, or expect thousands of people to come running to your booth.

“Build it and they will come” is a phrase that doesn’t apply to video games, and it doesn’t apply to consumer game shows either. You want to be approachable, engaged and work with people (and the show itself) to try and improve your game and your player experience, and provide a good experience for everyone that comes in contact with you.

How do you staff a booth?

Bring Help!
In our first year at a consumer show, the two of us at Considerable Content tried to run a booth alone. It was so exhausting that we felt like collapsing. My recommendation is to bring helpers. Please bring (and train) people familiar with your work, so they can be there to let you take the weight off your feet. This is a big advantage to showing at local events like PAX Aus, where we have friends, family and colleagues who can assist us with this.

We staff our booths by purchasing extra exhibitor passes for all our helpers. At PAX Aus, these are three day passes - so after our booth staff have finished a shift on the booth they are free to go to the show. This is a nice thank-you if you know the volunteer helping you, and they will be very worth the small investment. Just make sure they genuinely enjoy chatting with strangers about games they care about, and know how to describe the title and run someone through the demo if required.

How do you try and make impact on a show floor like PAX Australia?

What should be in a ‘PAX Australia survival pack’?

Would you go to PAX Australia again?

We have been to PAX Australia for the last 4 years. If we continue to have products we want to show and bring to the public, the Considerable Content team will definitely continue to go to PAX Australia. We’ve found that every year our experience has been better and stronger, and want to thank all the PAX Australia staff and volunteers for supporting us!

We used PAX Australia 2016 to celebrate our beta community launch of Rogue Singularity on Steam, and we would love any questions or thoughts here, or you can find the Considerable Content team on Twitter at @cc_content. 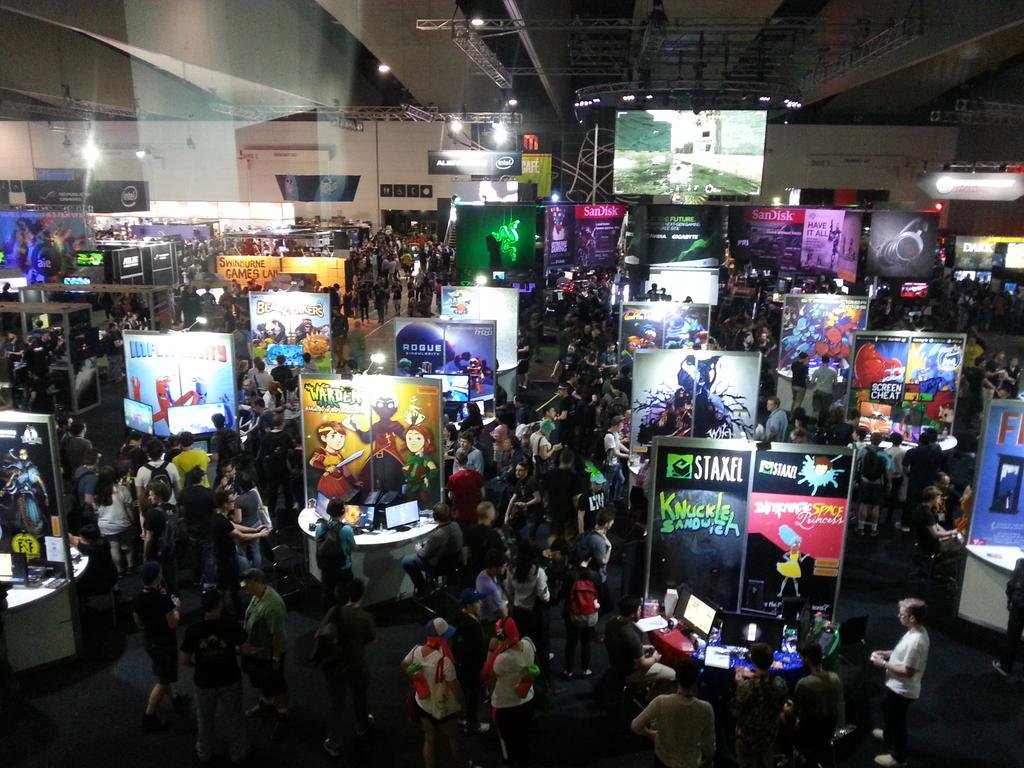 Image: The showfloor at PAX Australia 2015